…Ndukwe to Write Book on His Days at NCC 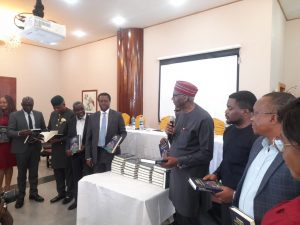 Engineer. Ernest  Ndukwe and Dr Emmanuel Ekuwem, two key players in the remarkable days of the ICT industry, when a motley of events, activities, workshops, exhibitions, and conferences stirred the birth of the ICT industry, and set it on the current growth trajectory, went memory lane yesterday, at the launch of a book written by Aaron Ukodie.

The book is titled: Nigeria Drivers of Digital Prosperity: The Trajectories of The Digital Evolution, Sector Analysis and Players Contributions.

Ndukwe, was former Executive Vice Chairman of the Nigerian Communications Commission (NCC), while Ekuwem, who founded a telecom firm, Teledom International, was at various times president of the Association of Telecommunication Companies of Nigeria (ATCON) and Nigerian Internet Group (NIG).

Ndukwe is currently chairman of MTN Nigeria. Ekuwem is Secretary to the Akwa Ibom State Government.

Both also poured praises on Ukodie, for his exemplary courage and tenacity in writing books, mostly on the ICT industry, a feat Ekuwem particularly referred to as a mark of a true intellectual.

He said he has been planning to write a book on his days at NCC, as many have been asking him to do, but Aaron has further gingered him to write it.

“I am still preparing to write a book about my tenure at the NCC. This book (Aaron’s book) has gotten me out of my slumber; many people are on my neck to put my experiences on paper. There are many perspectives.  When I write my own I will talk in detail about the many battles we fought at the NCC”.

He said, Aaron “provided the bridge that connected all those years together and the last section –of the book— talked about the role of the media.

“I must commend them for their work over the years. Aaron talked of many battles, indeed there were. He talked about the one where we were at the hotel where the auction was to take place. There was indeed a call and an attempt to stop the auction.

When I got that call from… Aaron has bitted me to it… it was going to be one of the highlights of my books… when I got the call I had some stubborn streak in me to continue. I had determined that we were not going to stop the auction. I called the chairman ( late Alhaji Ahmed Joda). He was more settled than me. He asked if I had the phone number of the Vice President, Alhaji Atiku Abubakar.

My brother worked at the presidency as his physician, so he gave us the VP’s number.  When we called him, I was very impressed with his reaction.  He asked if somebody asked that you stop the auction, for what.

He said he was the last person that saw the President (Chief Olusegun Obasanjo) and they never discussed anything like that.

Ndukwe said the reason they wanted to stop the process was that some people wanted two companies to be disqualified. If we did that then only three that would be left would automatically get the three licenses that were on offer.

He said because of the courage the Atiku demonstrated the process continued. He said some other persons would have said wait let me confirm that from the president.

Ndukwe said there were other times some ministers wanted to scuttle the process and the matter went to the president, but he stood his ground.

“I was not desperate for the position of EVC.  I was the MD of a company and I was already living in a big house in Ikoyi. What I really wanted to be at the time was MD of NITEL, and not EVC of NCC, a regulatory body, because NITEL had huge prospects but it was being badly managed.

When Iromantu ( Ogbonnaya)  was EVC I wrote several papers on deregulation and liberalization, so it was possible they wanted me to go and do what I have been talking about.

In his comment,  Ekuwem said he was motivated to attend the book launch because “it was important to celebrate the past, because if we lose sight of what led us to where we are today; the men and women that drove the prosperity the way he Aaron used that word, then we have lost something important.

Ekuwem praised the role of the media saying the media drove the narrative towards where we are today and Ndukwe was supporting them. He went memory lane to mention some of those key media men: Sonny Aragba Akpore, Tayo Adewusi, Remmy Nweke, Ufuoma Dairo, Shina Badaru, Bayero Agabi, Don Pedro-Aganbi, Sylvester Ebhodaghe, Biyi …, Mkpe Abang, who worked assiduously, and Ndukwe was supporting them to attend conferences and workshops.

He said the media helped the NCC to drive thirst and amplify passion, to get the market ready for where we are today. He also remembered such key industry players as Engineer Ogbonaya Iromantu, Engr. Emmanuel Nnama, Dr. Eugene Juwah, Shola Taylor, Johnson Asinugo, and Professor Gabriel Ajayi.

“We use to hold workshops for federal permanent secretaries on the use of the computers, myself and Professor Ajayi, helping them on how to use and move the cursor and mouse. It was that bad then. It was a status symbol to have a computer that was not being used. Computers were covered with dust.

He urged Ndukwe to write his own book because it would inspire the young ones.

Commenting on the Ukodie book, Ekuwem said; “Very few people do not shy away to put their thoughts on paper because you would be challenged. It is a mark of an intellectual, for having the audacity to put your thoughts on paper”.

He reminded the NCC not to rest on its oars because “we are not there yet”.  According to him the public services is still deplore ICT tools and applications for productivity and governance.

He spoke of the Telecom Summit which the NCC used to organize during the years of Ndukwe, which provided stakeholders to interrogate the NCC and galvanize ideas.

“Don’t be afraid of exchanging ideas, you will not lose anything”, he urged the NCC. He said we do not yet have the applications and tools to boost productivity, and wealth creation, create jobs, take youths out of the job market and secure our country.

Sat Jul 9 , 2022
Share, like and Comment…Gets Award, As ICT Prosperity Enabler The former Vice President, under Chief Olusegun Obasanjo’s democratic government, (1999-2007), Alhaji Atiku Abubakar, Waziri Adamawa and presidential candidate of the Peoples’ Democratic Party ( PDP), on Thursday, in Lagos, acknowledged the role he played as that administration’s Head of the […] 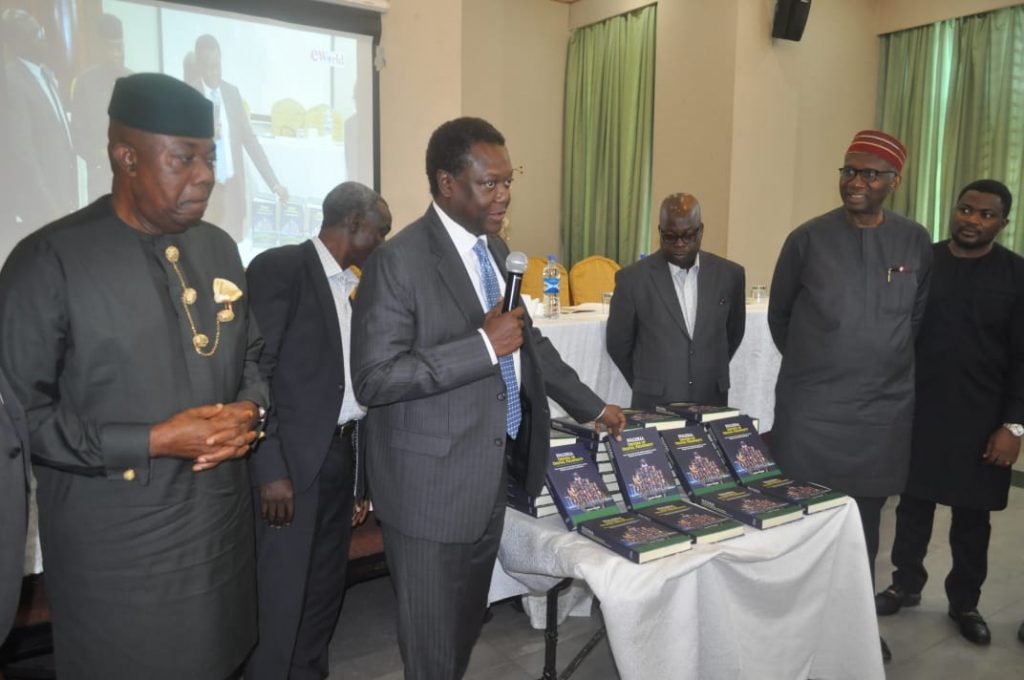