…Gets Award, As ICT Prosperity Enabler 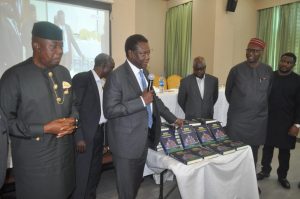 The former Vice President, under Chief Olusegun Obasanjo’s democratic government, (1999-2007), Alhaji Atiku Abubakar, Waziri Adamawa and presidential candidate of the Peoples’ Democratic Party ( PDP), on Thursday, in Lagos, acknowledged the role he played as that administration’s Head of the Economy in ensuring that the ICT sector is set on a sound foundation to flourish.

He pledged to continue in that stride of making Nigeria a more digitised country, and provide enablement for the youths to prosper through enhanced and pervasive digital platforms if he becomes the president in 2023.

As a head of the economy, Atiku supervised the liberalization and deregulation process that saw the emergence of the GSM and digital revolutions.

Atiku spoke through Barrister Uyi Giwa- Osagie, who represented him at the launch of a book titled Nigeria Drivers of Digital Prosperity, where he received an award as Nigeria Digital Prosperity Enabler for championing the liberalization of the Telecom Sector.

Apart from forestalling efforts by some in government to scuttle the GSM license on the day it was held, Atiku noted how “in February 2002, I inaugurated a 22-member Telecommunications Sector Reform implementation committee, aimed at increasing access to phone services for Nigerians, primarily through the GSM, and further facilitated all necessary licensing for the GSM to come into effect in Nigeria”.

Heaping praises on the Author of the Book, Aaron Ukodie, Nigeria’s pioneer ICT journalist, saying that “this very important book… truly resonates with me… particularly thankful to the author of this book… who has taken the initiative to document the historic journey of Nigeria’s ICT and Telecommunications prosperity and how this has inspired our achievements in this sector till date”.

Atiku said the introduction of the GSM revolution made possible by Digital Mobile Licensing, has reshaped the economic and social wellbeing of Nigerians and Nigeria as a country.

Atiku expressed gratitude for being honoured and acknowledged through this book as one of the pioneers of and contributors to Nigeria’s digital transformation within the ICT sector, in addition to the efforts of the Nigerian Communications Commission.

He said he is immensely proud to be associated with something so significant in Nigeria’s history, saying some of the insights of the book, accurately tells the true story of the digitization journey applauding the writer in “the delivery of this piece, which boldly encapsulates his mastery and experience as a journalist for decades”.

He said the milestones of the ICT are a testament of his commitment and the visionary leadership of the government that he served in as the Vice President of Nigeria, “|wherein I was in charge of the country’s economic management team.

While commending the significant role played by several actors, some of who were at the launch, Atiku said he would support the country and the young people of Nigeria, on its digitization agenda, as “this forms a core part of my campaign promise and delivery to the Nation, in my current quest to be the next President of the Federal Republic of Nigeria, come May 29, 2023”.

Apart from Atiku, others who received awards include, Dr Ernest Ndukwe, the former Executive Vice Chairman of the NCC during whose tenure the foundations for digital prosperity were laid and prospered at the NCC.

He got the award of Champion of Nigeria’s Digital Transformation and Prosperity.

Others who received awards include Dr Emmanuel Ekuwem, Secretary of Akwa Ibom Government and former President of ATCON who got the award of Order of Excellence for Impact on Nigeria’s Digital Prosperity.

MTN, 9Mobile, Mainone, Mr Tim Akano, Ms Funke Opeke, Gbenga Adebayo, Chairman of ALTON, Sir Demola Aladekomo, Lanre Ajayi,  Mohammed Rudman, President of NIRA were some of those who received awards at the event for the roles in the Digital Prosperity journey and for their support for the eWorld Forums.

Mon Jul 11 , 2022
Share, like and CommentAsiwaju Bola Tinubu, the All Progressives Congress (APC) Presidential Candidate, arrived in Daura, Katsina State on Sunday afternoon to pay Sallah homage to President Muhammadu Buhari. Sunday Dare, the Minister of Youth and Sports Development and a long-time ally of the APC standard-bearer, is prominent in his […] 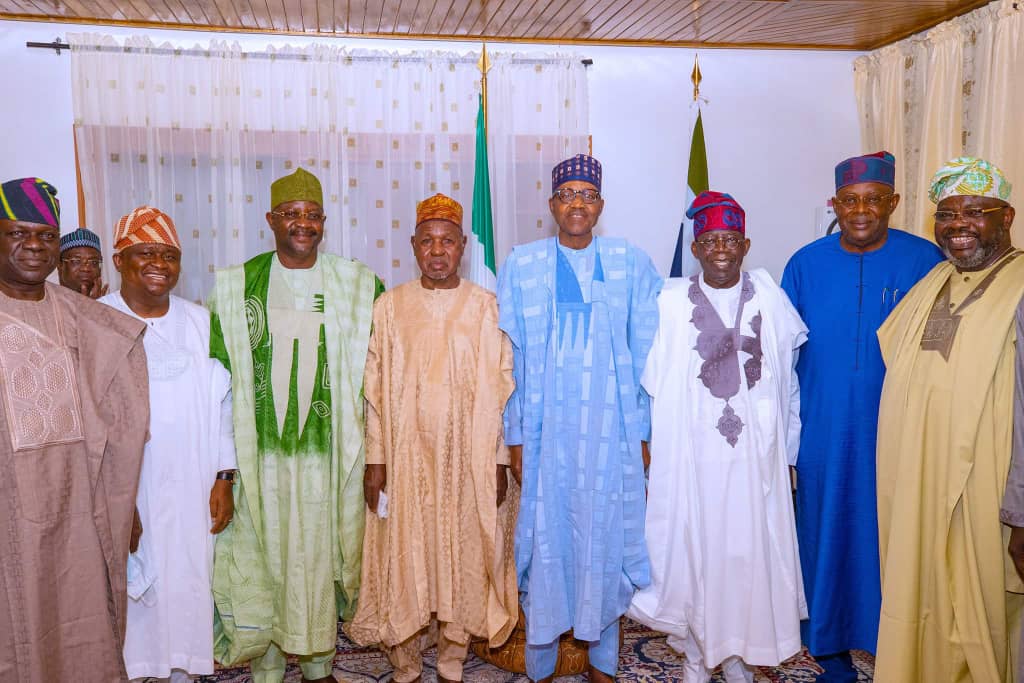 Thank you for visiting this site.
You are visitor number 23,186