The National Office for Technology Acquisition and Promotion (NOTAP), in partnership with Friesland Campina (FC) WAMCO, has trained over 30 potential dairy entrepreneurs in Gombe for the North-East zone on cutting-edge dairy production techniques as part of its initiative to promote dairy entrepreneurship in Nigeria.

Speaking at the one-day sensitization workshop for the dairy entrepreneurs in Gombe, the Director General of NOTAP, Dr DanAzumi Mohammed Ibrahim, said that the programme was borne out of the desire to increase local content in dairy products in Nigeria. Dr Ibrahim said that Nigeria was running a monolithic economy and for a country that aspires to be among the developed economies in the world, it needed to diversify its economy especially via the agro-based sector. He added that there are a lot of cows in Nigeria that yield small quantities of milk due to poor and inadequate knowledge on the modern techniques of cow breeding and management hence the training on modern cow breeding.

The DG informed the gathering that Vietnam and the Netherlands which are highest producers of milk don’t have the number of cows Nigeria has but they embraced the global best practices in dairy development to ensure high milk yield. He stated that technology is what rules the world and for Nigerian dairy entrepreneurs to upscale their business to the point of producing enough milk for the Nigerian market, they must adopt modern methods of breeding and milking cows.

The Director General noted that Cows that produce enough milk are usually ranched in a centre where they are well-fed with adequate hygiene assured.  He advised the entrepreneurs to form cooperative societies and groups as history has shown that the level of success of individual cow breeders was far less than when they form groups.

He further stated that the reason for the workshop which was first held in Kano for the North-West and Ilorin for the North-Central was to sensitize dairy entrepreneurs in the best global practices in dairy products as well as introduce them to the high-breed cows that are higher in milk yield than the local cows that we have in the country.

Dr Ibrahim further stated that in order to ensure technology transfer and global best practices in dairy production, the Office in 2013 opened partnered with Friesland Campina WAMCO on a Dairy Development programme which led to the establishment of milk collection centres in Ibadan, Oyo state.

He said that the company had built a very successful global dairy programme and that Nigeria has the potential to do well in dairy development if well managed. He revealed that the partnership ensured that in every cup of milk you take in Nigeria today, there is two per cent local content with the intention of a gradual increase.

During the technical session, the Director of Consultancy Services of NOTAP, Dr Adamu Tandama, made a presentation on “Management of Key Resources in Small Scale Dairy Entrepreneurship”. Another resource person from Friesland Campina WAMCO, Mr John traced the history of FC WAMCO in Nigeria and then made a presentation on “Opportunities for Small Scale Dairy Entrepreneurship.” The third technical paper presented at the workshop centred on Best practices in Animal Care.

Participants at the event expressed appreciation to NOTAP and FC WAMCO for the opportunity offered them through the training, adding that they will judiciously apply the acquired skills to upscale their dairy businesses.

Mon Oct 10 , 2022
Share, like and CommentPanellists at the just concluded NITRA ICT Growth Conference 2.0, have emphasized the need for an urgent review of Nigeria’s state of infrastructure so as to position the country to massively reap the benefits of a digital economy as obtained in some developed nations of the world. […] 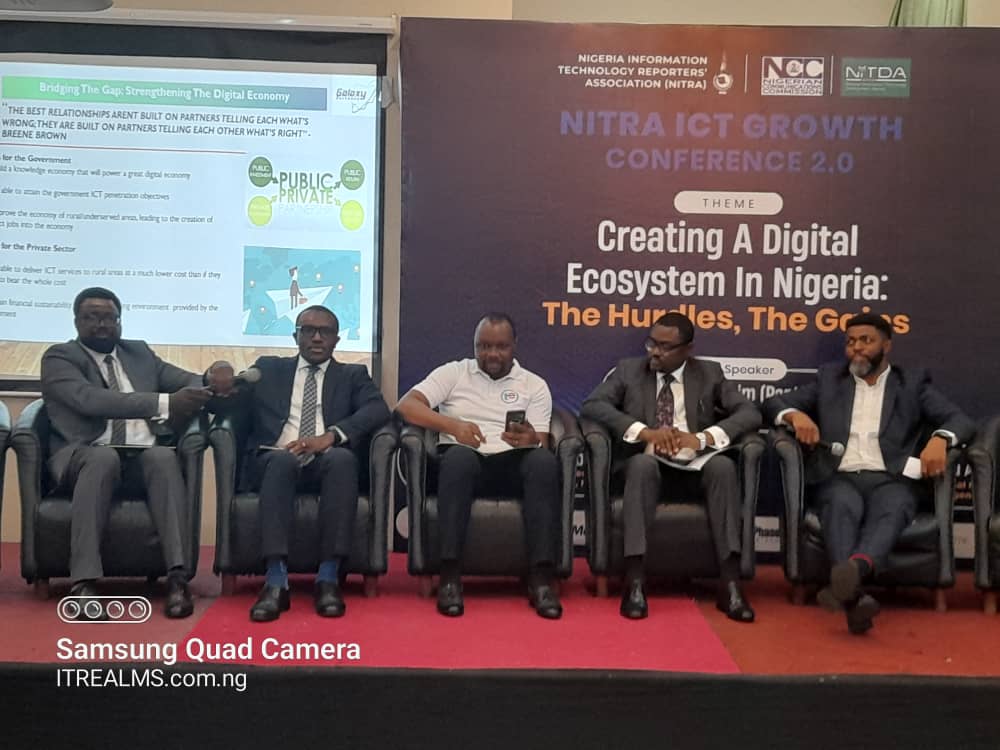