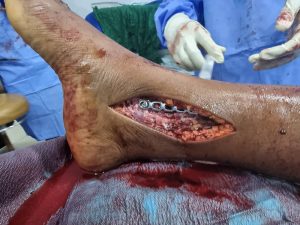 The Nigeria Police Force wishes to make public the findings of investigations into a petition filed against the owners of Harmony Gardens and Estate Development Limited and Amen Estate, Saheed Abdullahi Mosadoluwa (aka Ibile) and Ms Sade Balogun, respectively. The findings of the investigations clearly show that the Police conducted a commendable investigation in the absence of sentiments, and the duo are to be prosecuted by the Lagos State Government, contrary to popular belief.

The case commenced through a petition by one Adeyinka Igbinoba, dated 21st March 2022, received at the office of the Inspector-General of Police, IGP Usman Alkali Baba and endorsed to the IGP Monitoring Unit to investigate. In the petition, the petitioner claimed that her sisters, Barrister Bunmi Okoror and Abiodun Abdul, requested a refund of an initial deposit of 30 million Naira made to one Saheed Abdullahi Mosadoluwa (aka Ibile) in respect of some parcels of land in Lekki, Lagos, claiming that the issued Certificate of Occupancy was fake and they subsequently reported the matter to the Economic and Financial Crimes Commission.

In the course of the back and forth to recover the said sum of money, the petitioner, Adeyinka Igbinoba, with her siblings Bunmi Okoror and Abiodun Abdul, and their mother, Mrs Abdul Beckely along with their driver attended a scheduled meeting in the office of Mr Saheed at Landbook Office, Eleganza Plaza, Opposite Ikole Complex, Ajah, Lagos, who had clearly emphasized that he would only refund the paid sum in full when they withdraw the case from the EFCC. At the meeting, they met Mr Saheed, his agent, Mr Kolawole Opeodu, and two other men. It was alleged that the meeting became heated and led to a serious altercation where Mr Saheed hit the petitioner with a carved wooden object leading to a serious fracture on her right ankle. It is equally pertinent to mention that Ms Sade Balogun, owner of Amen Estate where the petitioner resides, acting on her friendship with Mr Saheed, restrained the petitioner from accessing her property.

A detailed investigation into the petition has successfully addressed the three (3) salient issues. Firstly, a response to police request from the office of the Permanent Secretary, Bureau of Lands, Lagos dated 23rd May 2022 ascertained the ownership of the land but did not confirm or deny any encumbrances on it as requested. Secondly, there exists circumstantial evidence in form of audio recordings substantiating the claim that Mr Saheed (Ibile) caused grievous harm to the petitioner as she sustained the fracture to her right ankle between the corridor and the staircase leading to the suspect’s office which has been operated upon and renders the complainant incapacitated on crutches. Finally, the conduct of Ms Sade Gbadamosi in restraining the petitioner from accessing her property constitutes a breach of the petitioner’s fundamental rights and is likely to cause a breach of peace.

The Nigeria Police Force hereby calls on citizens as vital stakeholders in policing to disregard the baseless and unfounded allegations and sponsored falsehood making the rounds in the media space to the effect that the police are in connivance to prosecute innocent individuals as the facts have been set out above.  The falsehood being peddled is due to the fact that their (culprits) frantic and unrelenting efforts to subdue and pervert justice were squashed by the Police, as we stand by justice under the present leadership of the Force. The Attorney-General of Lagos State will be prosecuting the matter before the Courts as soon as possible on request by the Lagos State Government and whomsoever has any reservations as to the police investigation is at liberty to express such before the Court.

Sat Sep 10 , 2022
Share, like and CommentStresses use of PAKAM app The Lagos Waste Management Authority (LAWMA) has celebrated the third anniversary of the Lagos Recycle Initiative, which was launched three years ago to introduce waste sorting at source for recycling purposes, combat plastic pollution, and create jobs for the city’s teeming residents. […] 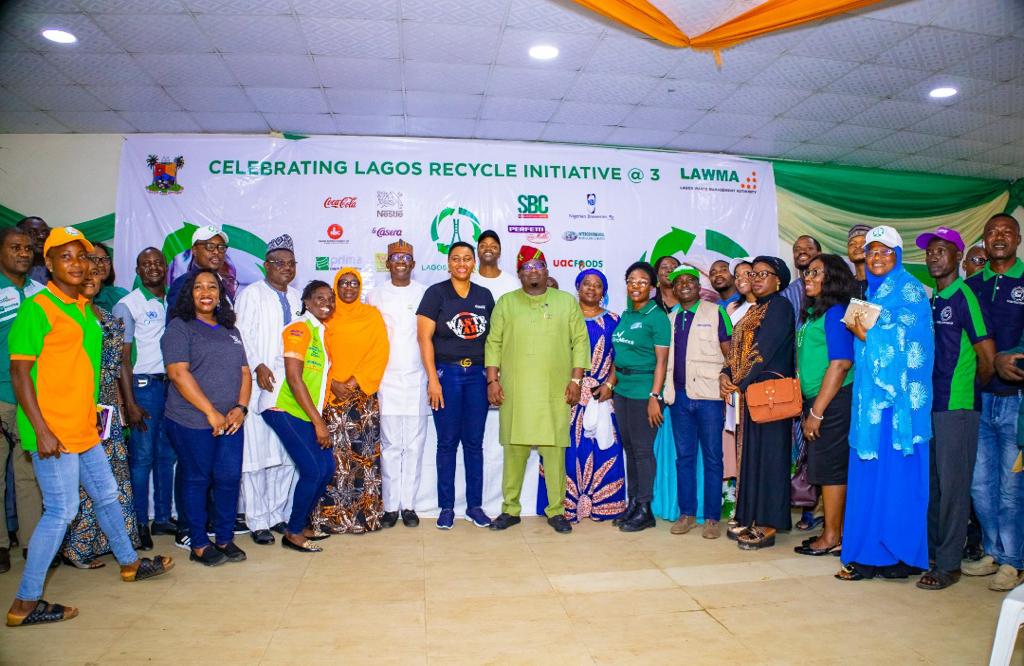 Thank you for visiting this site.
You are visitor number 26,730