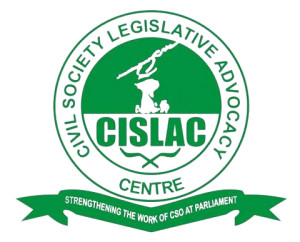 The Civil Society Legislative Advocacy Centre (CISLAC),the National Chapter of Transparency International (TI) in Nigeria received the news of the unlawful suspension of the Kano Public Complaints and Anti-Corruption Commission Chairman, Muhuyi Magaji Rimingado, by the State House of Assembly on a baseless allegation backed by an unconstitutional process. Coming at a time when we are calling for the independence of Anti-Corruption institutions and more accountability at subnational levels, this sends another concern about the state’s commitments to combat corruption.

We are disappointed at the self-serving position of the State Assembly—which has the fundamental mandate to protect and allow citizens’ interest to prevail in its legislative activities, flouting provisions of the rule of law and procedures. This combined with other reported cases involving outright disregards for the rule of Law and procedures raises public concerns on the level of credibility, integrity and independence maintains by Kano State House of Assembly especially.

The provisions of Sections 6 of the Kano State Public Complaints and Anti-Corruption Commission (Amendment) Law 2010, gives only the Governor the power to remove the Chairman or any member of the Commission, while acting upon a resolution supported by the State Assembly on the inability to discharge effectively the functions of his office or for any other reason.

We are not unaware that suspension of Magaji has been triggered by the reported undemocratic political attempt instigated by some politicians to undermine independence and integrity of the Commission; and his earlier rejection of an illegally-driven direct posting of staff from the Office of Kano State Accountant General; as against Section 15(1)(g-h) of the Law establishing the Commission, which enshrines such within the functions of the Commission; and the provision of Section 8, stating that “In exercising its powers under the Law, the Commission shall not be subjected to the direction and Control of any authority.”

While we have been following with keen interest the competence, commitment, and progress of the commission in the war against corruption and injustice that have continued to yield appreciable impact in the state, we observed from the politically motivated suspension, effort to divert the Commission’s attention and frighten its operatives from the progressive struggles at digging deep into- and uprooting major corruption cases in the state.

Wed Jul 7 , 2021
Share, like and Comment The Executive Vice Chairman of the Nigerian Communications Commission (NCC), under the leadership of its Executive Vice-Chairman, Prof. Umar Garba Danbatta, has been commended for his great initiative in building Information and Communication Technology (ICT) parks across the six-geo political zones of the country. The latest […] 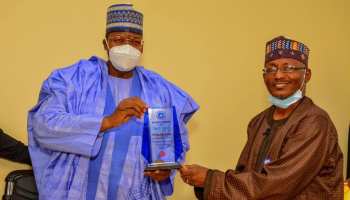