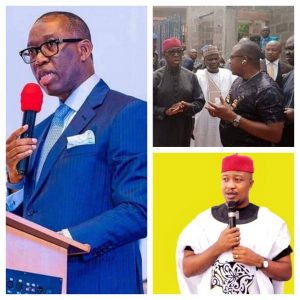 As the Delta State Government celebrates the sixth anniversary of His Excellency, Sen. Dr. Ifeanyi Arthur Okowa as Governor of the State, the Senior Special Assistant (SSA) to the Governor on Health Monitoring, Dr. Michael Nwoko has described the governor’s tenure so far as robust, impactful and exemplary.

In a document chronicling the landmark achievements of the Governor since his assumption of office six years ago (made available to the media) Nwoko posited that Okowa; a medical doctor by profession, has excelled in delivering the dividends of democracy to the people of the State in various sectors. He contended that Okowa’s “phenomenal achievements have lifted Delta State to the highest pedestal of socio-economic development which is unequalled in the history of the State.” 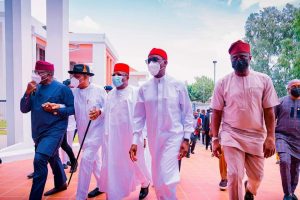 In the area of security and peace of the State, Nwoko noted Delta has enjoyed relative peace and stability in spite of its heterogeneous nature and the invasion of some parts of the State by Ak47 wielding Fulani herdsmen who have made life difficult for local farmers by ravaging their farmlands.

“In spite of the provocation by the nomadic killer helmsmen, Governor Okowa has continued to preach peace and even refused to set up a uniformed security as it is done elsewhere as he did not want any confrontation with Federal security agencies.” 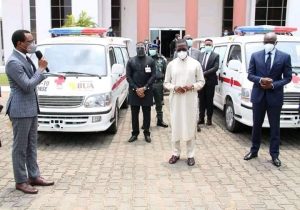 According to Nwoko, “as a way of achieving total peace in the State through the instrumentality of the Rule of Law, Okowa has chosen to empower the security agencies to enable them carry their responsibilities with relative ease.  Towards this end, Governor Okowa’s administration in February 2020, donated 35 brand new operational vehicles to the various security agencies in Delta State.  They included police, military, DSS, Civil Defence and so on.”

During the handing over of the vehicles, the Governor had urged the security agents to curtail the incursion of criminally minded herdsmen in Delta. 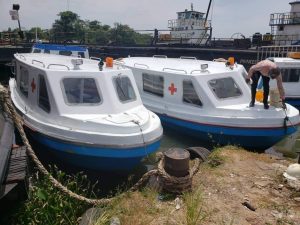 On health care delivery, Nwoko who is also the Coordinator of the Health Monitoring Team of the State pointed out that  Okowa started well by establishing the Delta State Contributory Health Commission.  This according to Nwoko “was to change the dynamics of health care delivery system that would ensure affordable, accessible and quality health care for all residents of the State.”

The SSA noted that under the Contributory Health Scheme, about 1,000,000 residents have been enrolled, with free health services being administered to children between the ages of 0 – 5 years, pregnant women and widows. 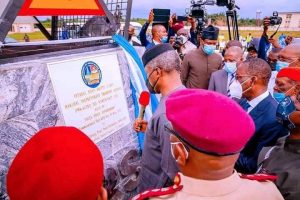 He said that this effort is complimented by the wife of the Governor, Her Excellency, Dame Edith Okowa through the 05 Initiative – a Non Governmental Organization which has built and equipped no fewer than 13 Sickle Cell facilities across Delta. 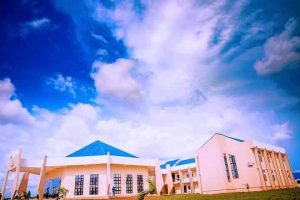 Describing  “The 05 Initiative” as another revolutionary concept of health service delivery of the Okowa’s administration, Nwoko revealed that the NGO is performing magic in the lives of thousands of Deltans who have been treated of varying degrees of eye problems and sight restored for many.”

Doctor Nwoko added that under Okowa’s leadership, “many hospitals and health centres have been constructed, rehabilitated and equipped with modern medical supplies and personnel to deliver quality health services to Deltans.”

On COVID-19 pandemic, Nwoko noted that Governor Okowa possibly with a benefit of hindsight as a medical doctor, did not leave anything to chance as he placed high premium in ensuring that the spread of the dreaded global disease was curtailed and contained through measures that were promptly put in place.

“Today, Delta State has built enough capacity to contain the pandemic and other infectious diseases as residents of the State are sensitized to adhere to safety precautions” he said.

The SSA noted that beyond the institutional approach to health, “Gov. Okowa has invested resources in the supply and installation of critical tools and equipment in numerous Healthcare facilities and training institutions in the State.” 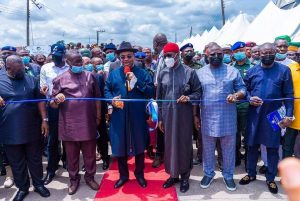 “These include the College of Health Technology, Ofuoma Ughelli where the governor purchased medical laboratory equipment and effected infrastructural repair to meet accreditation requirements of its academic programmes.  He also re-modelled and rehabilitated the Renal Dialysis Center at the Central Hospital, Warri.”

“Governor Okowa has also invested resources in the building and equipping of health institutions like the 180 bed capacity Asaba Specialist Hospital which is now a huge relief to people of Asaba and environs as they now have access to affordable and accessible healthcare of global standard.”

Beyond the aforementioned efforts in the health sector, Nwoko said that Governor Okowa’s administration over the years has completed some other projects and procured nine Oxygen Concentrators which are installed in selected general hospitals across the three senatorial zones just as he had approved special grant to Delta State University Teaching Hospital (DELSUTH) for major equipment repairs including MRI, CT Scan, Mobile X-ray equipment and rehabilitation of power supply system.

The SSA pointed out that among other things, the health programme being implemented by the Okowa administration contributed greatly in the movement of Secretariat of Nigerian Association of Resident Doctors (NARD) to DELSUTH in 2020, adding that “this is the first time that the Secretariat of NARD is coming to a State University Teaching Hospital in its 40 years of existence.

On road infrastructure, Nwoko noted that Governor Okowa who is nicknamed “the Roadmaster” as a result of evidential number of roads his administration has constructed and rehabilitated since assumption of office, has not only linked several communities with well paved roads but succeeded in opening up and providing vital communication links for communities as people now boost their commercial activities through easy transportation of their goods and services.

Through his STEP and YAGEP, Nwoko disclosed that Gov. Okowa has made thousands of young Deltans self employed and employers of labour, contending that “today in Delta State, the new spirit among the youth is entrepreneurship brought about by the new philosophy of self employment being inculcated in the people.

Not leaving anything to chance, Nwoko pointed out that” Okowa’s conscious effort to fully develop the State infrastructurally,  necessitated the upgrading of Asaba Airport in 2018 to International Airport with the airport recording its first international flight when a Boeing 747 took off from the airport with Super Eagles players to South Africa”.

“The Governor had also reconstructed the State Sports Stadium named Stephen Keshi Stadium. His administration had met the stadium in a dilapidated form on assumption of office.

The transformational facelift given the Stadium according to the Governor’s aide necessitated the choice of The Confederation of Africa Athletics Senior Championship (for CAA Asaba 2018). Other international sporting events have been holding in the world class stadium”.

In the area of education, Nwoko unequivocally stated that “Gov. Okowa has revolutionized the sector as he has constructed and renovated many secondary and primary schools and upgraded no fewer than five Technical Colleges with a promise establish one in each of the 20 local government areas.  It is germane to say that the upgraded technical colleges were in a state of comatose before Okowa assumed office.  The primary objective of investing in the technical colleges is to produce graduates with the necessary technical education needed to meet the technical and industrial growth of the State”.

According to Nwoko, the decision to create more state universities stemmed from the Governor’s love for higher education and a fulfillment of his promise to ensure that more young Deltans have access to tertiary education on yearly basis.

“To walk the talk, the Governor had made appropriation of about N2.8billion for the initial take off of the three newly created universities.  “With the recent advertisement in the newspapers by authorities of the new universities seeking recruitment of Lecturers, it has become quite evident that the new schools would soon open their gates to the first batch of students many of whom are going to be Deltans who ordinarily would have been struggling for the few available spaces at DELSU Abraka. What this means is more than a geometric increase in the number of Deltans getting access to university education,” Nwoko posited.

The Governor’s aide has also made bold to say that Okowa’s robust style of governance which is inclusive in nature has recently brought some relief to the State finances as the State would be saved about N95billion liability which would have resulted from  pension indebtedness of over N181billion in the past.

He disclosed that “with the reconciliation done by the Committee set up by the Governor with members of Labour Congress to look into the State’s Pension liabilities, the state now has less than N50billion outstanding pension liabilities besides the average monthly payment of N600m to retirees”.

Doctor Nwoko has scored Governor Okowa high for taking the initiative to tackle what he called the perennial flooding in the State Capital city of Asaba. According to him, “Okowa’s administration through a network of storm drainage control has been able to stem the tide of flooding which is now giving the city a new look”.

“He would also put on record the multi billion State Secretariat which is about to be completed”. The complex, according to Nwoko would accommodate all the State government ministries and offices which hitherto were on rented apartments.

Mindful of the insufficiency of public power supply, Nwoko revealed that “the Delta State Governor was constructing a power generating plant to augment power supply in the state capital”.

Describing His Excellency, Sen. Dr. Ifeanyi Arthur Okowa more as an exemplary governor worthy of emulation, Nwoko  posited that such outstanding quality made it possible for Gov. Okowa to recently host Governors of the 16 Southern States during which a landmark decision was taken to ban open grazing. “It can only take a strong willed and a performing governor who is sensitive to the plight of his people and Nigerians to do so” Dr. Michael Nwoko concluded

Fri May 28 , 2021
Share, like and CommentSpecial treats and gifts are second nature to children and so much more so on Children’s Day. They expect to be pampered and shown some extra care. Beyond the treats, the day could serve as opportunity to teach them important life skills. For instance, it is never […] 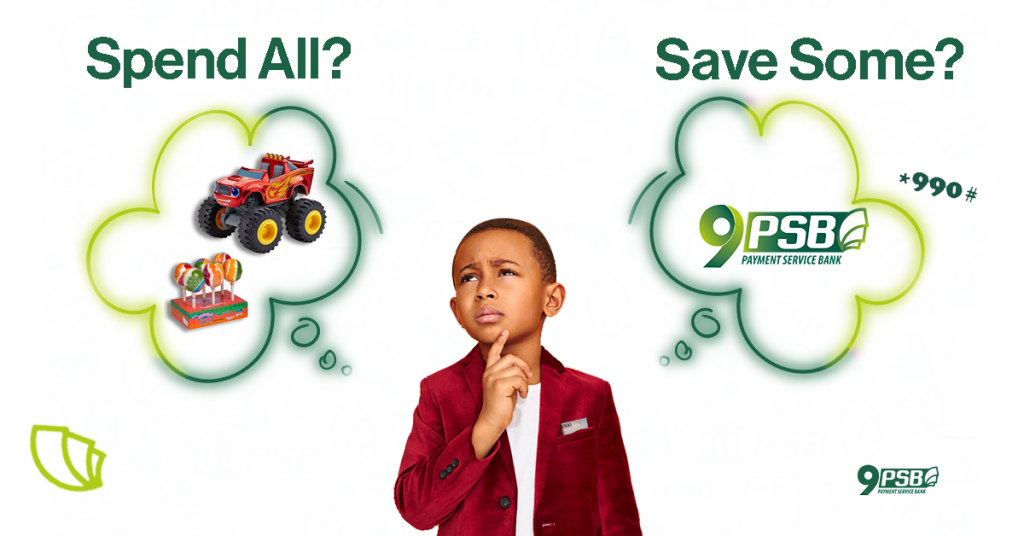