Professor Isa Ali Ibrahim (Pantami), the Honourable Minister of Communications and Digital Economy has stated that the recently released Code of Practice for Interactive Computer Service Platforms/Internet Intermediaries and Conditions for Operating in Nigeria will provide an opportunity to protect the fundamental human rights of Nigerians and non-Nigerians living in the country, as well as defined guidelines for interacting in digital space.

Reiterating the importance of ensuring a safer platform for online users, he cited Joe Biden’s request to Facebook’s owner, who pleaded that Facebook moderate disinformation on the platform, and Nancy Pelosi’s petitions to the House of Representatives requesting Facebook and Twitter to remove videos of her ripping the SOTU speech.

The Minister cited the great American patriot Benjamin Franklin’s response after emerging from the Constitutional Convention in Philadelphia in 1787 when asked “What form of government the United States was going to have.” Franklin responded simply, “A Republic if you can keep It.”

Pantami clarified that Franklin’s response came 70 years before the emergence of the Republican Party, which means that he was referring to the true meaning of the word “Republic”.

He elaborated that the new democratic republic is not just a new form of government but a government that needs vigilance and at times actions to protect and maintain it.

Elaborating on Republicanism, the Minister explained that it is a political ideology connected to the Roman Empire and it means an ideology that opposes having a group, holding control of unaccountable powers, that is domination over others which means a few like the Kings, Emperors, or Military dictators, this he compared to the Big Tech Executives noting that today there is a strange power dominating human.

He narrated an incident that happened in New Zealand about a facial recognition system that refused to issue a passport to Asian persons thinking that their eyes were closed.

Essentially, in a democracy, he stated, there are three key things to the development of every individual these are, Power, Freedom, and Justice. In the Federal Republic of Nigeria, we shouldn’t allow anyone have unaccountable power over others.

“Today looking at the social media incidence before the US election, indicated that Big Tech has more power than the Government. Users are compelled to obey the Big Tech rules because of the restrictions and sanctions in its usage. For example, if you use Twitter there is a limit of the words you can tweet,” he said.

He emphasized that in a democratic setting citizens should have representatives elected by people to write rules rather than a few, according to him “This causes challenges such as the recruitment system being gender biased, or the recognition system being racist, and so on.”

“While we need modern Software Engineers, there is also the need for Social Engineers to control our social justice.” The summit, therefore, is timely and is expected to prompt lead ways to protecting the ungoverned online space.”

“From the period of John Ballos declaration in 1996, which explains how he predicted a new cyber world without government, to Eric Smith’s comment that cyberspace is an ungoverned space; to 2018 when Mark Zuckerberg said that the real question is neither if there is need for regulation or not, but what is the appropriate regulation?”

He concluded that those who control the online space must therefore be held accountable. “We need to look at technology as a citizen, how it impacts our life? What the Big Techs should control, and under what conditions? Because we believe that today’s technology is central to our social, economic, and political lives.

In his welcome remarks, the Director Advocacy for Policy and Innovation (API), Barrister Kasim Sodangi, outlined the harmful ways the internet is affecting people’s lives.

He said, “we are at a crossroads due to the abuse of freedom given by the internet. In rhetoric he asked, do we regulate and clamp down? Do we educate more? What are the tools needed to educate people? How do we properly tackle misinformation and disinformation? These questions leave us to ponder because as a shared resource, the internet is meant to be enhanced and not restricted, so we are left to consider how we can effectively maximize its general usage.”

She said, “The government bodies and agencies must create laws, guidelines, and online content regulations as well as partner with private technology companies, civil society organizations, citizens, and academia.”

She emphasized that the Tech world must not act in silos, but rather in collaboration with relevant stakeholders to be really effective.

Julie stated that the need for transparency is paramount in online spaces. Making example of Twitter suspending Donald Trump’s account due to Trump inciting street violence and unrest in American society through his tweets. According to her, this form of regulation helps prevent insurgence and protects the safety of the citizens.

She affirmed the need for a governance model to ensure proper review and seamless taking down of harmful content on the internet.

Thu Jul 28 , 2022
Share, like and CommentLAWMA Academy, the educational arm of the Lagos Waste Management Authority, will hold a four-week summer school on the tenets of effective waste management from August 1st to August 26th at its headquarters in Ijora-Olopa. The program, which debuted last year, aims to educate students on effective […] 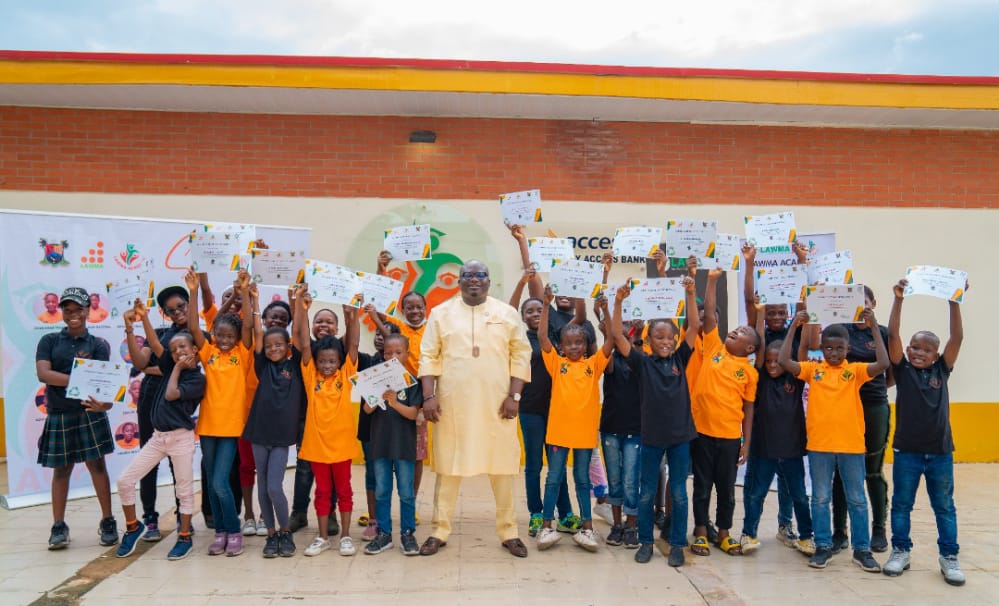