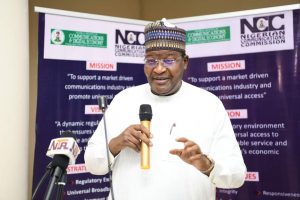 With a record-breaking seven million new subscriptions in the last seven months starting in November 2021, Nigeria’s broadband penetration showed a quantum leap, suggesting a sustained growth in the country’s effort to reach 70 per cent national coverage by the year 2025.

Executive Vice Chairman of the Nigerian Communications Commission, NCC, Prof. Umar Danbatta, who presented the figures in Lagos yesterday, at the launch of a book on the impact of broadband on the economy, said the steady growth in broadband penetration is positively impacting other sectors of the economy such as healthcare, education, agriculture, finance, transportation, commerce, governance, and other sectors.

In his keynote address at the 11th eWorld Forum, which also featured the publication of the book “Nigeria Drivers of Digital Prosperity: The Trajectories of the Digital Evolution, Sector Analysis, and Players Contributions,” the forum’s convener, Mr. Aaron Ukodie, a seasoned ICT journalist and publisher of eWorld News Online, noted the sector’s impressive statistics.

“Internet subscribers have grown from 90 million in 2015 to 150.36 million as of May 2022. Also, within the period under review, broadband penetration increased from 8 per cent to 43.67 per cent, indicating that over 83.3 million subscribers are on broadband networks of 3G and 4G. Indeed, between November 2021 and May 2022, the networks have added 7 million new users,” Danbatta said.

At the event, chaired by Dr Ernest Ndukwe, former EVC of the NCC and current Chairman of MTN Nigeria, Danbatta, who was represented by NCC’s Head, Spectrum Administration, Abraham Oshadami, informed the audience that in the fourth quarter of 2021, the sector contributed 12.61 per cent to the GDP, a good leap from 8.50 per cent in 2015. Active mobile voice subscriptions increased from 151 million in 2015 to over 204 million as of May 2022, while teledensity is 107.17 per cent.

On universal access and service, the NCC chief executive said the Commission, through the Universal Service Provision Fund (USPF), has recorded huge successes in ensuring that telecommunications services are accessible to a large number of people (and communities) at affordable prices, in addition to various projects being implemented by the Commission to increase universal access and service as well as to enhance government efforts in poverty reduction.

He said that through the Commission’s Strategic Vision Implementation Plan (SVP) 2021 – 2025, also known as NCC’s 5-Point Agenda of the Commission, a number of steps have been taken toward implementing all the digital economy-oriented policies that require the attention of the Commission, including the Nigerian National Broadband Plan (NNBP) 2020-2025, and the National Digital Economy Policy and Strategy (NDEPS), 2020-2030. “It is our belief that the communications industry will continue to experience more quantum leaps that will be beneficial to the nation’s economy and its citizens,” the EVC stated.

Former EVC of NCC, Dr Ernest Ndukwe, applauded the progressive steps that the Commission has taken since the solid foundation laid with the transparent auction of 2001 and the Nigerian Communications Act 2003 as an enabling law, thus giving a solid foundation upon which the current strides are being made.

The event was attended by other eminent personalities in the ICT sector, including Dr Emmanuel Ekuwem, Secretary to the Government of Akwa Ibom State who was President of the Association of Telecom Companies of Nigeria (ATCON); Nkem Uwaje-Begho, Mr Tim Akano, CEO of New Horizons, who made a presentation on the significance and benefits of 5G services.

Frontline and veteran journalists, other specialised communication professionals in the ICT sector, and many stakeholders in the telecommunication ecosystem also attended the event, and all of them spoke glowingly about Ukodie’s courage and devotion to chronicling landmarks in Nigeria’s telecom history

Sat Jul 9 , 2022
Share, like and Comment…Ndukwe to Write Book on His Days at NCC Engineer. Ernest  Ndukwe and Dr Emmanuel Ekuwem, two key players in the remarkable days of the ICT industry, when a motley of events, activities, workshops, exhibitions, and conferences stirred the birth of the ICT industry, and set it […] 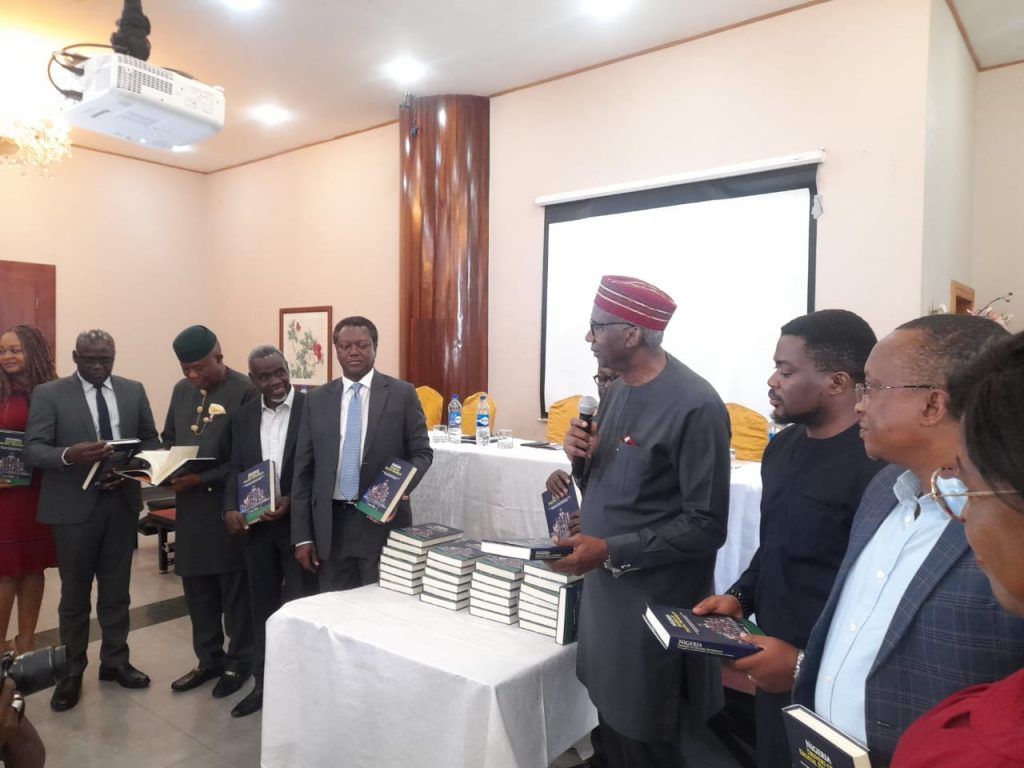