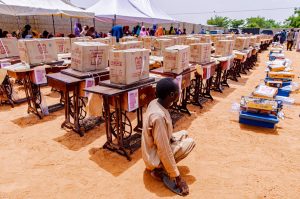 “Charity begins at home,” they say, but there is more attached to it.

Don’t just think, do. The best philanthropy is constantly in search of the finalities; a search for a cause, an attempt to cure evils at their source.

The only ones amongst us who will be absolutely fulfilled are those who would have sought and found how to serve.  Those who see the need of others and make sacrifices to meet them. Those that believe in using their little resources to meet the needs of others.

There’s no best way for one to make himself immortal than this singular act of doing for others instead of doing for oneself alone. 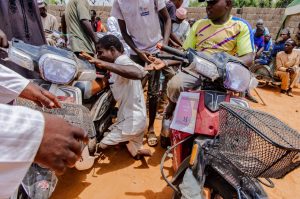 Kashifu Inuwa is going beyond board to the extent of meeting with international organizations for the sake of his people (Nigerians) and the entire black race.

I’ve had the opportunity to witness several meetings he had with the Qatar Charity, seeking collaborative support to meet the needs of his kinsmen (Nigerians) who are less privileged and need the support of international bodies.

On this day, Monday, 13th of June, 2022 at the headquarters of the Inuwa Foundation in Hadjia, Jigawa State, his dreams are coming through and the call is yielding results that bring joy and happiness to the heart of people and the entire black race.

The Inuwa Foundation which is an initiative of Kashifu Inuwa to selflessly make life more meaningful and worth living for the less privileged has impacted and benefited over 600 people, comprising men, women, young, old and persons living with disabilities.

Kashifu believes success cannot be achieved in isolation but in alliance with likes minds and teamwork. In view of that, he collaborated with Qatar Charity to carry out his humanitarian service which yielded enormous life-changing provisions like a free housing scheme made available for the homeless, tricycles provided for handicaps, walking aids for the blind and machinery for engineers and other artisans.

The magnanimity of Kashifu’s initiative was also extended to Optical facilities where eye examinations, eyeglasses, eye surgeries and general eye treatments were offered to patients free of charge.

In his unquenchable thirst for imparting knowledge to everyone around him especially the younger generation, modern schools, religious institutions, and mosques have been commissioned by the initiative to breed and produce well-mannered and knowledgeable youths with high morals who will add value to society.

It is indeed so glaring that Kashifu has brought hope, peace and happiness into people’s lives through his selfless service by collaborating with Qatar Foundation to carry out his humanitarian service.

Who do you think the world wants to be associated with? It’s no other person than that kind of man with such a golden heart. That is the reason he had in attendance, great personalities in the person of Jigawa State Governor, Dr. Muhammad Badaru Abubakar who was represented by The Deputy Governor of Jigawa State, Mallam Umar Namadi also the Royal father, Emir of Hadeija, Dr. Adamu Abubakar Maje and several Federal House of Representatives members, State Commissioners with many other dignitaries to witness and commission the disbursement of the items to the beneficiaries.

Obviously, no one will ever talk ill of anyone who lights up a dark room. These have made the Deputy Governor and the Emir show their sincere gratitude to the founder of the foundation, Kashifu Inuwa for his immense support to the youth, women and people living with a disability. It is obvious that he stood out as a figure to have as an indigene.

Someone can say that Kashifu is God’s sent just as we have Jesus (Prophet Isah ‘AS’) being sent by God and doing miracles. This is not to rate him close to Jesus or God but to say he is God’s sent to many.

With his influence, the blind now see, the lame now walk, the homeless now have shelter and the jobless, empowered.

All these that he is doing has nothing to do with government appointment or political influence but a sincere selfless desire to transform the world.

His giving back act has really reframed the portrait of philanthropy and I will never see him or call him a boss but a LEADER.

Congratulations Kashifu for your sacrificial lifestyle that is influencing others. More grease to your elbow. Amen

Sat Jul 2 , 2022
Share, like and CommentLAWMA Academy, the academic arm of the Lagos Waste Management Authority (LAWMA), was named ‘Government Agency of the Year’ at the 3rd edition of the Lagos Waste Forum, held at the University of Lagos, Akoka, Yaba, and organized by the Statewide Waste and Environmental Education Programme, SWEEP […] 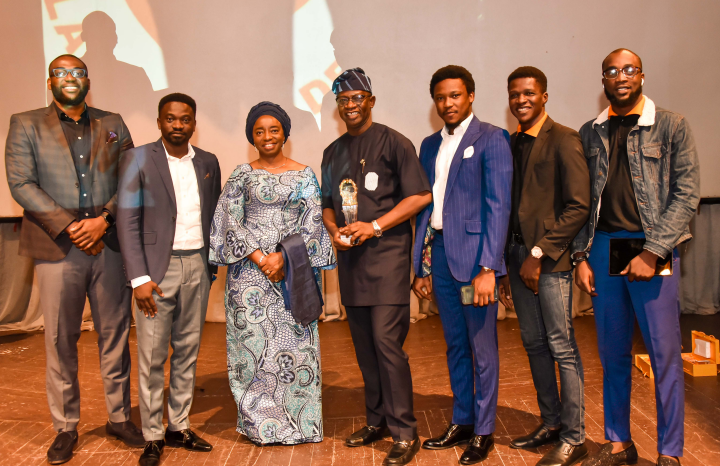 Thank you for visiting this site.
You are visitor number 23,621