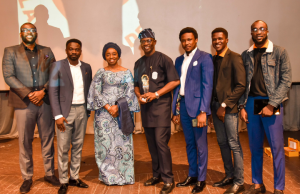 LAWMA Academy, the academic arm of the Lagos Waste Management Authority (LAWMA), was named ‘Government Agency of the Year’ at the 3rd edition of the Lagos Waste Forum, held at the University of Lagos, Akoka, Yaba, and organized by the Statewide Waste and Environmental Education Programme, SWEEP Foundation.

Dr. (Mrs.) Ibijoke Sanwo-Olu, the wife of Lagos State Governor, who had earlier declared the event open, lavished praise on the Foundation for continuing its environmental advocacy, which they began three years ago.

According to her, “I attended your inaugural event three years ago and it was so impressive. I am happy you have sustained the good environmental sustainability advocacy work, which has already made you a champion in Surulere area. I challenge you to replicate the good impact in other parts of Lagos State. I am also considering going into full-scale recycling business someday”.

Commenting on the LAWMA Academy Award, the Managing Director/CEO of LAWMA, Mr. Ibrahim Odumboni, represented by the Executive Director, Finance, Mr. Kunle Adebiyi, expressed delight and showered encomiums on the foundation, for recognising the modest contribution of the Academy to environmental education and advocacy.

He noted that the unit was established just over a year ago, with the mandate of teaching waste management, as well as environmental care and sustainability to the youths and children.

He said, “We are happy that just over one year in existence, the impact of LAWMA Academy is already being felt. Our intention is to pass knowledge of waste management and environmental sustainability to children and youths, through a well-designed and articulated curriculum. We are happy that it is gradually making an impact and recognition of this, is what has given birth to this award. We thank the SWEEP Foundation for this lasting honour”.

Speaking further, the LAWMA helmsmen enjoined Lagosians, to tap the huge economic potential in recycling, and to embrace the twin-bin initiative of the Agency, to solve waste management challenges in the Lagos metropolis.

He also noted that the Authority’s role was to regulate the operations of the various players in the waste management space.

According to him, “LAWMA as an agency saddled with the responsibility of regulating and ensuring proper waste management, through community advocacy has visited over 30 LCDAs, sensitizing people on the need to key into recycling by separating their waste at source.

“Recycling is the way to go and that is a cause we champion in LAWMA. When we reduce the waste that goes to landfills, we will have a saner and safer environment. LAWMA is not resting on its oars, that is why the management organized stakeholders forum with communities across the state, to discuss proper waste disposal and the need to embrace recycling as a profitable enterprise.”

He said further: “All organized estates have been advised to acquire bins,  so as to separate organic waste from recyclables before PSP come for evacuation and by so doing, their waste bills will be discounted by 15 per cent”.

The Permanent Secretary, Office of Environmental Services, Dr. Tajudeen Gaji, commended the Foundation for its result-orientated environmental sustainability advocacy, promising that the government would continue to fulfil its own part of the bargain, for a people-friendly environment.

Other prominent speakers at the programme included Mr. Ola Oresanya, a former Managing Director of LAWMA and now the Special Adviser on Environment to Ogun State Governor, who also noted that the recycling space harboured abundant economic potential, urging people to launch in, to combat unemployment and pervasive poverty.

Sat Jul 2 , 2022
Share, like and CommentKashifu Inuwa CCIE, Director-General of the National Information Technology Development Agency (NITDA), has praised Jumia for deploying Information and Communications Technology (ICT) resources to reform the e-commerce sector and boost the country’s economic growth. The NITDA DG made the remarks while speaking on the role of ICT […] 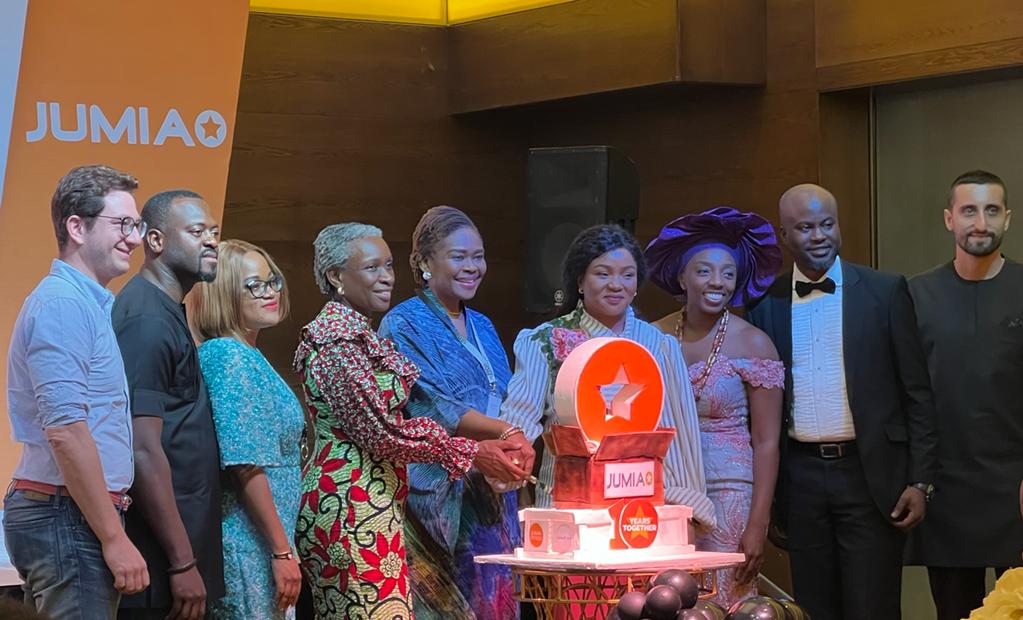