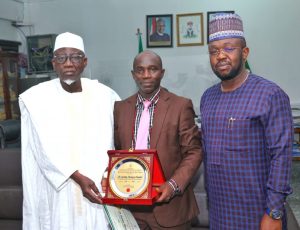 Dr. Muhammad Maigari Dingyadi, Honourable Minister of Police Affairs, has commended Mr. Sunday Olusegun Fanoiki (Chief Executive Officer) for his honesty, dedication, and commitment to the cause of human beings, which resulted in the award of the Presidential Public Service Merit Award and a new GAC Sport Utility Vehicle (SUV).

He made the remarks recently in his office during an official introduction of the recipient of the Presidential Public Service Merit Award by the Permanent Secretary to the Minister.
The Minister congratulated the recipient on his dedication, honesty, and commitment to providing citizens with services that brought honor to the Ministry.
“For anyone to work in the Pension Unit and come out clean is highly commendable and appreciated by management,” he said, “and I urged you to continue to be committed, dedicated, and transparent to the cause of humanity.”

Mr. Fanoiki received a new GAC SUV car donated by the Lead Insurance for the recipient of the Presidential Public Service Merit Award handover by the Head of the Civil Service of the Federation, Dr. Yemi Esan

In a related development, the Permanent Secretary, Ministry of Police Affairs, Mr. Temitope Fashedemi has pointed out that the leadership of all Ministries, Department, and Agencies (MDAs) had keyed into SERVICOM COMPAC with the aim of rendering prompt and efficient service delivery to all citizens.

He made this known during a visit of the National Coordinator/CEO SERVICOM, Mrs. Nnena Akajimeli who led her team on an advocacy visit to the Ministry’s headquarters in Abuja.

The Permanent Secretary who was represented by the Director (Legal Services), Barrister Bolarinwa Omoluabi stated that the Ministry has formulated policies that would enhance the service delivery of the Nigeria Police Force (NPF) to the citizens such as the Police Specialized Services Automation Project (POSSAP)  and Police Public Complaints Committee (PPCC)  as a specialized institution to deal strictly with public complaints against Police Infractions.

He said the resuscitation of the Police Public Complaints Committee (PPCC) has a far-reaching benefit of deepening a people-centric and collective security paradigm, through the reformation of our policing architecture, and the creation of an additional layer for citizens to seek redress against erring officers through Information Communication Technology platform.

According to him, the strengthening of the newly resuscitated Police Public Complaints Committee is to eliminate all forms of subjective narrative, which hitherto hindered cooperation between police and citizens.

Recently, the Federal Government through the Ministry of Police Affairs launched the Police Specialized Services Automation Project (POSSAP) for the Nigeria Police Force to institutionalize transparency, and accountability and entrench quality service delivery to Nigerians.

In his words, “It is also a strategic initiative for the reformation of the Police for improved internal security through its integration with existing national identity data repositories and enhanced welfare of its officers and men while repositioning the image and perception of the Force”.

Earlier, the National Coordinator/CEO of SERVICOM, Mrs. Nnena Akajimeli thanked the Ministry for a great job of achieving its mandate, especially in the present dispensation of challenging security in the country.

She added that all the SERVICOM desk officers need to be trained and update their capacity and capability to be able to give the best customers. Services.  “Training of their representative is important; we have our training calendar so we need you to support these people so that they can be able to think out of the box and practice the right innovative strategy” Akajimeli stressed.

The Philanthropist: Kashifu Beyond The Horizon -By Rotimi Popoola

Sat Jul 2 , 2022
Share, like and Comment“Charity begins at home,” they say, but there is more attached to it. Don’t just think, do. The best philanthropy is constantly in search of the finalities; a search for a cause, an attempt to cure evils at their source. The only ones amongst us who will […] 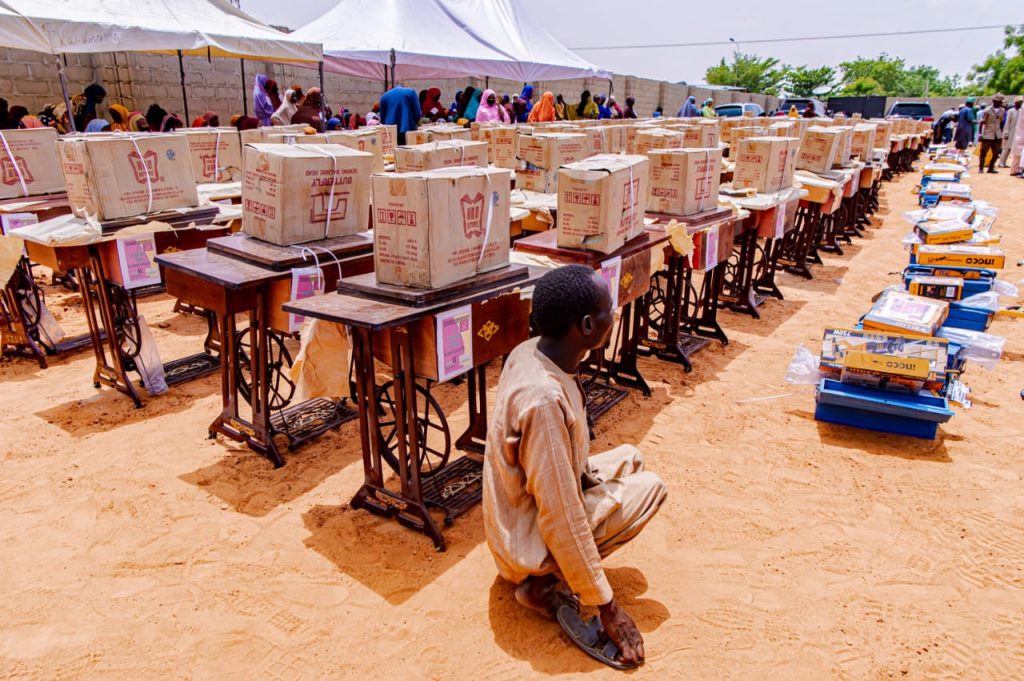