The annual event sets out to recognise distinguished Africans for their outstanding performances and track records in governance and business which have made far-reaching impacts in the lives of Africans and the world at large. 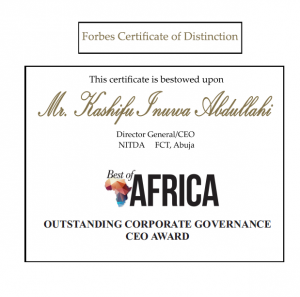 Kashifu Inuwa in his acceptance speech, thanked the organisers of the Award for the incredible honour, adding, “I will also thank Forbes for this recognition and the commitment to promoting strong corporate governance practices.”

He said “I am truly humbled and grateful to be recognised as Best of Africa Outstanding Corporate Governance CEO Award. It is a privilege to lead NITDA and being recognised for promoting strong corporate governance practices.”

He noted that he has always believed that good corporate governance is essential to the success and sustainability of any organisation which he says helps to create a transparency and accountability culture that fosters trust and confidence among stakeholders.

Inuwa maintained that NITDA is working tirelessly to ensure adherence to the highest standards of corporate governance which has led to the implementation of robust processes and systems that ensures transparent operations and accountability which are in alignment with the mission and core values of the Agency.

While acknowledging the contributions of his colleagues at NITDA for their hard work and dedication to the mission of the Agency, he noted that without their support and commitments, “we will not be able to achieve the level of success that we have achieved.”

Inuwa equally commended the Minister of Communications and Digital Economy, Prof Isa Ali Ibrahim (Pantami) for his guidance, mentorship and unwavering support he is getting from him.

He promised to continue striving to maintain the highest standard of corporate governance because “it is an honour to be recognised by such a reputable and respected organisation for doing so.”

In his welcome remark, Mark Furlong, the President of Forbes Best of Africa Custom stated that the Award which began 15 years ago is to recognise and showcase the successful businesses and economies that exist in African continent.

He said, “It has been my personal mission to bring the success, growth and opportunity of modern African author to many United States’ executive investors and Chief Executive Officer. Our message of Africa’s success is the truth and we believe that the stories would be well told by African change agents who work tirelessly to ensure a better future for the continent.

Mon Jan 16 , 2023
Share, like and Comment The goal of the federal government is to use smart farming to generate over 5 million employments. As a result, it provided beneficiaries of the National Adopted Village for Smart Agriculture (NAVSA) 5-Day Empowerment Programme, which was held at Al-Qalam University in Katsina, Katsina State, with […] 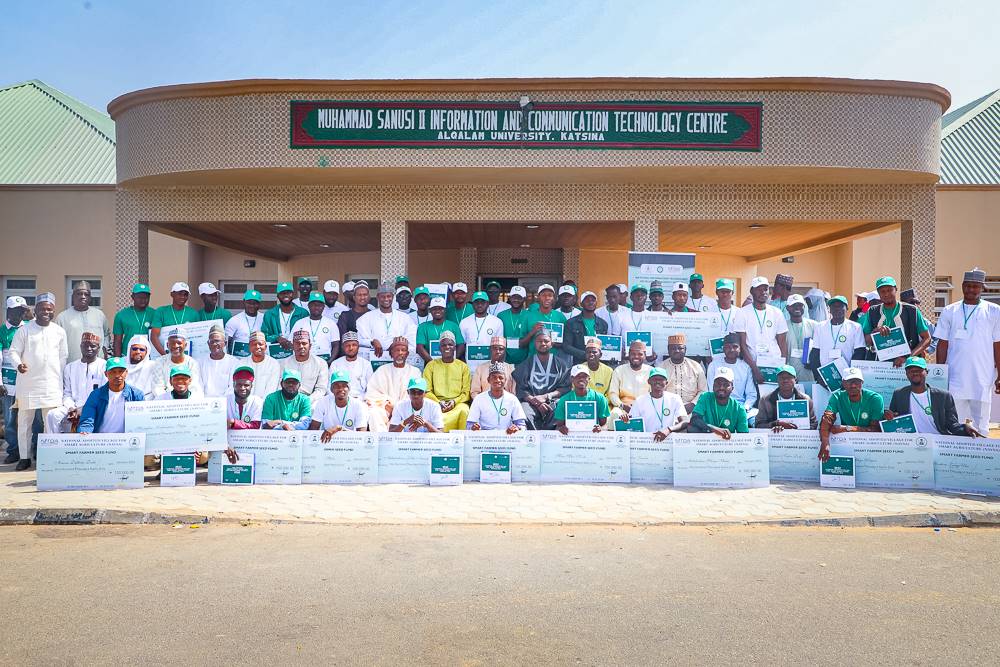