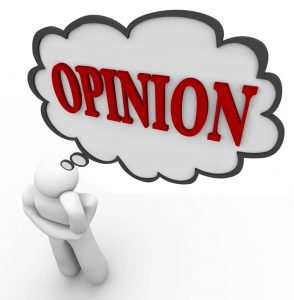 Arise TV has been in the news for the wrong reasons, most recently for the very unfortunate broadcast of a forged INEC statement, for which they had to pay a fine imposed on it by the National Broadcasting Commission, NBC recently. Regrettably, it seems that no lessons have been learnt from this very unfortunate incident. Perhaps the definition of journalism for them is notoriety, which would be a shame.

On the morning show of Tuesday, November 15, 2022, hosts Reuben Abati and Oseni Rufai continued the tradition of turning journalism on its head, with their reporting and discussion on the matter of the MT HEROIC IDUN, the rogue vessel that has recently been in the news in Equatorial Guinea and Nigeria.

Very disappointingly, and most unbecomingly, they peddled several falsehoods distorting facts that are already very clear in the public domain. For two supposedly senior journalists to stand truth on its head in this manner, raises serious questions about the credibility of Arise TV and their commitment to journalism that enlightens and illuminates.

Dr Reuben Abati opined that MT HEROIC IDUN should be charged for theft of Nigeria’s crude. He actually cited a most ridiculous figure of 300 million litres of crude – asking why the charges filed against the ship and crew in court did not include one for oil theft.

Abati, ignorantly or mischievously asked: “What happened to the crude oil that was stolen?” He also claimed that the Vessel was brought back empty. This is totally false, and Abati is guilty of what should be rightly tagged ‘beer-parlour talk’. The fact is that there was no theft or lifting of Nigerian crude oil at the time the MT HEROIC IDUN was intercepted by the Nigerian Navy.

For the avoidance of doubt, the attempt at unlicensed/unauthorised loading of crude oil was foiled by the Navy. This is an open fact, already credibly reported by a cross-section of the Nigerian media as attested to by the vessel owners and the operators of the Akpo Oil Field, which chartered the vessel.

Any suggestion that there was a theft of Nigerian crude is imaginary and false, and by repeating the falsehood, Arise TV is proving to be a peddler of misinformation and disinformation. It should therefore now be very obvious why oil theft is not among the charges filed against the vessel.

Abati also mentioned that the ship’s Captain mentioned that he was acting on orders from above. “Who are those giving the orders”? He needs to go back and watch the video clip of the interview with the Captain again. The Captain makes it clear that the orders came from “his higher authorities” – which refers to the Ship’s owners/agents. The attempt by Abati and Oseni to impute some secret conspiracy where none exists, is condemnable.

For the avoidance of doubt, the vessel is owned by Messrs. Idun Maritime Ltd, with Messrs Inchcape Shipping as its agent in Nigeria, and OSM Ship Management AS as the vessel manager. All of this is in the public domain, there is nothing secret about it. Abati and Oseni only needed to do a simple Google search and they would have found answers to every one of the questions they raised on the show.

Dr Abati also identified the need to uncover all those promoting crude oil theft, and maritime piracy in the Gulf of Guinea and the Gulf of Aden. Is he not aware of the fact that in the last year, Nigeria has been delisted from the list of piracy-prone states by the International Maritime Bureau, IMB? Is he totally ignorant of the giant strides of the Federal Government through the Nigerian Navy in this regard? This is news that has been widely reported, even by Arise TV itself.

The Nigerian Navy has patriotically been at the forefront of curbing Crude oil theft with the launch of Operation DAKATAR DA BARAWO in Rivers on April 1, 2022, in synergy with the NNPC Limited. The successes so far recorded have been significant. So far oil thieves have been denied oil products to the tune of more than N35 billion and still counting.

In addition to the interception of MT HEROIC IDUN, the Nigerian Navy’s offshore surveillance and operations have in recent months uncovered similar attempts at the unlicensed loading of gas by MT VIVIT ARABIA in July 2022 and attempted unlicensed loading of crude oil by MT TRINITY ARROW also in July 2022 – both of which happened in the Bonny area. If Dr Abati is unaware of this, he should Google it to catch up.

It behoves on these ‘distinguished’ senior journalists to be more circumspect in their analysis and discussions on national television. They have a big and important platform, that comes with a lot of responsibility. It must never be misused

I am aware that the Federal Government has issued a detailed factsheet on this matter, while the Nigerian Navy has also followed up with a comprehensive press briefing. Abati and Rufai’s colleagues in Arise TV were also invited along to Equatorial Guinea, as media guests of the Nigerian Navy to cover the handover of MT HEROIC IDUN and its journey back to Nigeria. The subsequent trial in a Federal High Court has also been covered by Arise TV. There is therefore no excuse whatsoever for ignorance or mischief.

In conclusion, let me point out that all of the allusions to the United Nations Convention on the Law of the Sea, UNCLOS by Dr Abati are off the mark. His understanding and interpretation are sadly wrong on all counts.

Article 101 defines Piracy, and does not relate to Crude Oil theft in the way Abati would like his audience to believe. Article 118 refers to the “Cooperation of States in the conservation and management of living resources.” He should note that by way of education, crude oil is not a living resource like fish, shrimps, etc. Most importantly, the “robbery” he kept referring to did not happen, period. This is wholly due to the diligent oversight of the Nigerian Navy.

I am of the strong view that these two journalists should seriously consider taking a trip to the Niger Delta to better understand the issues that they discuss in the studio. I am quite sure the Navy would be willing to facilitate this and help them to better understand, so that they can better carry on their work as journalists, without misleading or misinforming the public.

Tue Nov 22 , 2022
Share, like and CommentThe National Information Technology Development Agency (NITDA) has reemphasized the value of collaboration to bridge the digital divide. The agency also demonstrated its commitment to closing the digital gaps across the country by organising a one-day stakeholders’ engagement programme in Ibadan, Oyo state. The state’s ICT ecosystem […] 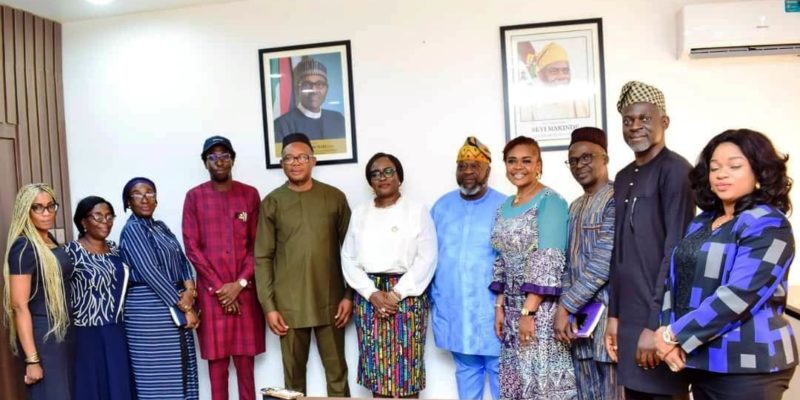