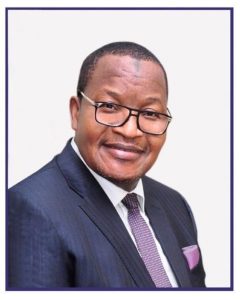 As the campaigns and build-up to the 2023 general elections thicken, the Executive Vice Chairman (EVC) of the Nigerian Communications Commission (NCC), Prof. Umar Danbatta, has said that the media holds the ace in making a difference in promoting credible elections in Nigeria.

Danbatta told the gathering of the cream of Nigerian editors at the 18th All-Nigeria Editors Conference, organised by the Nigerian Guild of Editors (NGE) at the Concord Hotels in Owerri, Imo State, with the Governor of Imo State, Senator Hope Uzodinma in attendance, where he reiterated the importance of the roles of the journalists, before, during and after the 2023 elections.

In Danbatta’s goodwill to the conference, delivered by the Director, of Public Affairs of the Commission, Reuben Muoka, he expressed the confidence that the vibrant Nigerian media, credited with its sterling performance from the history of struggle for the country’s political independence, where Nigerian nationalists, who were good journalists made “brilliant and courageous outing”, will work in the interest of the nation. 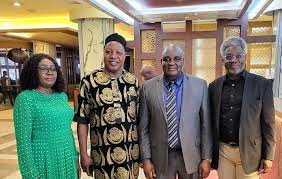 Speaking to the theme of the conference, “2023: Political Landscape, Credible Elections and the Role of the Editors”, Danbatta declared that good journalism is critical to sustainable democratic culture as political stability is enhanced by the conduct of successful elections.

He said he “believes the editors will leave the conference with resolutions setting clear, unambiguous and very robust parameters to guide the role of the media in the forthcoming elections in a fair, objective and balanced manner.”

“Beyond and above the traditional routine role of the media in information-sharing, education and entertainment, the media is a social agency constitutionally charged to watch those of us in public office from derailing from the pursuit of the social contract and the social good. No other agency of the civil society is so positioned to influence social progress,” he declared.

He also informed the gathering that the Commission is dedicated to the implementation of the Nigerian National Broadband Plan (2020-2025), and the National Digital Economy Policy and Strategy (2020-2030), among other regulatory instruments, with a view to enhancing connectivity and social cohesion in the land. Hence, he said befitting infrastructure, including the upcoming 5G spectrum auction, is all aimed at improving availability and accessibility and affordability. He said there is no doubt that the availability of telecommunications infrastructure will enhance the credibility of elections.

Danbatta specifically expressed gratitude to the Nigerian media for trusting the NCC and supporting its efforts to fulfil its mandate right from the beginning of the transition from “state-dominated telecommunication operations to a deregulated, more liberalised market.”

The EVC recalled that NCC’s friendship and partnership with the media have been very mutually-fruitful, as the Commission has leveraged the media for increased awareness by the public of NCC’s activities, programmes and achievements.

Danbatta also commended the journalists covering the telecom sector as well as other communication professionals for supporting the Commission all the way by giving adequate and prominent coverage to its successes in consumer protection, improvement in infrastructure, adoption of new technologies, most recently, the launch of the Fifth Generation (5G) networks, and reportage of challenges facing the telecom industry.

5G Auction Driven By Pursuit Of Better Quality Of Life, Not Revenue – Danbatta

Tue Nov 15 , 2022
Share, like and CommentExecutive Vice Chairman (EVC) of the Nigerian Communications Commission (NCC), Professor Umar Danbatta, said in Lagos, Tuesday, that the efforts by the Commission to timely auction available spectrum for 5G services in Nigeria, is primarily driven by the pursuit to join the global community to advance digital […] 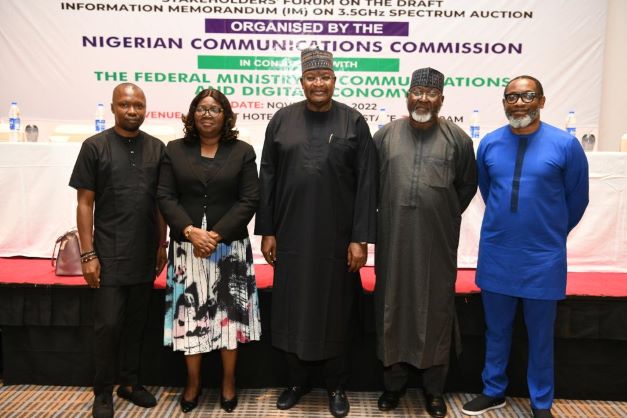