As the National Information Technology Development Agency (NITDA) joins the rest of the world to organize and commemorate this year’s United Nations (UN) World Creativity and Innovation Day (WCID), the Minister of Communications and Digital Economy, Prof. Isa Ali Pantami, has again reemphasized the importance and relevance of skills over paper qualifications.

WCID is dedicated to raise awareness on the role of creativity and innovation in all aspects of human development as well as highlight the importance of creativity and innovation for utmost efficiency with respect to advancing the United Nations’ Sustainable Development Goals. While presenting a Keynote Address, Prof. Pantami stressed that priority and preference are no more given to class of degree but the innovative ideas one is able to graduate with.

“The approach today is that when a student gets admitted into a higher institution he would be directed to come up with his startup within a year, he will be working on this till he graduates with his own company and becomes a potential employer. That is the best way of managing the challenge of unemployment, particularly in Nigeria where we have the challenge of unemployment and unemployability”.

The Minister who noted that no country can develop its digital economy without prioritizing digital innovation said, the increased attention turned to the sector by President Muhammadu Buhari’s administration is yielding the desired results as innovation and entrepreneurship remain the two prerequisites currently being explored by the country in developing its indigenous digital economy.

The Minister seized the opportunity to commend the Director-General of the National Information Technology Development Agency (NITDA), Kashifu Inuwa CCIE, Members of Staff of the Agency and the two subsidiaries, including the National Centre for Artificial Intelligence and Robotics (NCAIR) and the Office for Nigerian Digital Innovation (ONDI), on what they have achieved on behalf of the Federal Government, particularly with regards to Digital Innovation and Entrepreneurship.

Describing the theme: “Creativity and Innovation; Powering Collaboration for a Sustainable Digital Economy” as an integral part of more than five out of the seven pillars of the National Digital Innovation and Entrepreneurship Policy which are directly associated with Creativity and innovation, the Minister urged everyone at the event not to make the commemoration just a one-off thing. He encouraged them to identify the challenges Nigerians are being confronted with and collectively or individually proffer solutions that would address the myriads of issues in different sectors of the economy, including Health, Education, Finance, Security, Agriculture, and Governance and many more.

“You cannot innovate without creativity and you cannot be creative without critical and analytical thinking. The wisdom behind this celebration is to create awareness where people globally will understand how important it is to be creative and innovative, particularly towards problem-solving”.

According to Prof. Pantami, the Buhari administration has done a lot in supporting the Ministry and the sector in general, especially by coming up with several policies; some of which brought about the creation of subsidiaries (NCAIR and ONDI), Start-up Bill, which seeks to address the setbacks being experienced by young Nigerian innovators. He expressed the hope that when the bill becomes a law, it would go a long way in addressing more than ninety per cent (90%) of challenges confronting innovators in the country.

Speaking earlier on the essence of the commemoration, the Director-General National Information Technology Development Agency (NITDA), Kashifu Inuwa CCIE, said the Agency keyed into the transformative initiative to make strategic realignments to consolidate the gains and globally position Nigeria as a leading digital innovation and entrepreneurship hub.

While maintaining that the initiative aligns with the National Policy and Strategy for a Digital Nigeria, Inuwa added that it would help Nigeria create and capture value from innovation.

“We are targeting security, Agric, Health, Education, and FinTech. Thankfully, we have many of them here showcasing what they have done in collaboration with the Centre; because innovation is the wealth of the 21st-century economy and it’s only through innovation that we can solve problems, and create wealth and prosperity for our country. Therefore, NITDA and the Centre are doing what is going to transform Nigeria into a leading digital economy”.

The DG who enumerated the efforts of the Agency over the years in supporting young innovators and startups with not just grants, but also mentorships and promotion of their different innovative solutions at local and international fora, noted that since the Centre was inaugurated, it has organized multiple innovation challenges, including two major ones; Bridge to Mass and iHatch Challenge.

The NITDA Boss appreciated the Minister for his continuous support and expressed optimism that the Agency will not relent in working towards achieving the bigger picture of the Federal Government of achieving a Digital Nigeria by 2030.

Engr Garba was emphatic that the Centre would hatch more and more indigenous innovations that would solve local problems but also have a global impact.

Meanwhile, the event also featured a brief tour of the Exhibitors’ booth by the Minister in the company of the DG and other key stakeholders as five (5) startups winners who simultaneously engaged in the Innovation Pitch Competition were announced and rewarded with cash prizes accordingly.

Fri Apr 22 , 2022
Share, like and Comment Nigeria’s telecom service provider, 9mobile, recently organized its 5th Capacity Building workshop for journalists, which was well-attended by practitioners from both print and online news platforms across the country as part of its efforts to support media professionals. The capacity-building event, titled “Publishing: Monetizing Your Digital […] 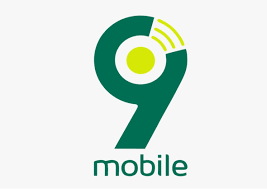