–   Says Allegation By Hon. Wase Is False And Unfounded. 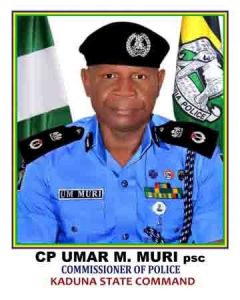 The attention of the Kaduna State Command has been drawn to a publication making the rounds in the media, alleging complicity and compromise on the part of the Police in the fight against banditry in Kaduna State, purported to have emanated from the Deputy Speaker of the House of Representatives, Hon. Ahmed Idris Wase.

4.    The Commissioner of Police, CP Mudassiru Abdullahi  hereby restates that the Command is not discouraged in            any way but will be unrelenting in ensuring that the few misguided individuals bent on disrupting the peace in            the state by perpetrating these nefarious activities are arrested, and made to face the wrath of the law. He calls            on  residents of the state to promptly report any suspicious activity within their locality to the nearest police                  station.

We’re Committed To Consumer Protection - Danbatta The Emir of Kano, Alh. Aminu Ado Bayero, influential individuals, who visited the Nigerian Communications Commission (NCC) pavilion as well as telecom consumers, who participated at the ‘NCC Special Day’ at the recently-concluded 42nd edition of the Kano International Trade Fair, 2021 in Kano State, have commended the Commission for its various consumer-centric initiatives. Bayero engaged the Commission’s staff at the NCC Pavilion while asking series of questions about the activities of NCC as it relates to service delivery and subsequently commended Management of the Commission led by its Executive Vice Chairman, Prof. Umar Danbatta, for being consumer-focused in its regulatory activities. He charged other regulatory organisations across the country to emulate NCC’s template of constantly creating platforms, leveraging different fora and emplacing frameworks and initiatives to enhance consumer protection in their respective sectors which they supervise. Another eminent visitor to the Commission’s pavilion on the exhibition ground at the trade fair was the Karaje in Kano State, Alh. Ibrahim Abubakar II. Several other telecom consumers also thronged the NCC’s Stand where representatives of various mobile networks, namely MTN, Glo, Airtel and 9mobile were on hand to resolve all complaints referred to them by the Commission’s official at the pavilion. Aside having their complaints resolved, the NCC officials also shared Information, Education and Communication (IEC) materials on various topical telecom issues to consumers both at the NCC Pavilion and, more importantly, at the ‘NCC Day’ event which held later in the afternoon of December 6, 2021. Addressing a large gathering of telecoms consumers at the NCC Day event, the Executive Vice Chairman of NCC, Prof. Umar Garba Danbatta, thanked the Kano Chamber of Commerce, Industry, Mines and Agriculture (KACCIMA), organisers of the fair, for the constant invitation to NCC to leverage the trade fair platform as an avenue for engaging telecom stakeholders, especially the consumers. Danbatta, who was represented by the NCC’s Director, Public Affairs, Dr. Ikechukwu Adinde, spoke on the theme of the trade fair: ‘Consolidating the Challenges of Covid-19 Pandemic to Opportunities for Growth and Development of Micro, Small and Medium Enterprises (SMEs) in Nigeria,” and promised that the Commission will continue to stimulate the increased access to digital infrastructure to support businesses and individuals, as well as constantly protect consumer rights and privileges. According to Danbatta, telecommunications sector has been a major driver of the digital economy agenda of the Federal Government, as it continues to provide the needed digital sinews that support the economy, especially during the COVID-19 pandemic and its attendant restriction period. “Since the outbreak of the pandemic, government institutions, businesses and individuals have relied heavily on telecoms services to carry out their daily operations and official routines. In response to the increased demand for telecoms services, the Commission put a number of regulatory measures in place to ensure seamless access by Nigerians to telecommunications services and protect them against any adverse impact on the quality of service enjoyed by consumers,” he said. He said as the Commission continue to drive the remarkable digital transformation being witnessed in the Nigerian economy, one area that the Commission pays greater priority to is how consumers are treated by the service providers. “This is why at NCC, we continue to treat consumers as Kings and Queens. Of course, that is who they are because without the consumer, both the regulator and the service providers have no business being in business,” he said. Danbatta reiterated NCC’s commitment to protecting and empowering consumers – whether individuals and corporate consumers - from unfair practices willingly or unwillingly orchestrated by the service providers. “This is based on our regulatory mandate of ensuring that consumers of telecommunications services deserve to get value for their money, and to be treated right as very important stakeholders in the scheme of things,” he added. In the same vein, the NCC’s Director, Consumer Affairs Bureau, Efosa Idehen, in his address, took a great deal of time enlightening the consumers on various consumer-centric initiatives put in place by the Commission to protect consumer rights. The initiatives, explained in great details, include the NCC’s various channels of lodging complaints, the NCC toll-free Number 622, the Do-Not-Disturb (DND) short code 2442, the NCC’s Emergency Number 112, among several other consumer-focused programmes. In his remarks, KACCIMA President, Dalhatu Abubakar, applauded NCC for prioritising consumer protection in all that it does. “I commend you for your efforts in ensuring that telecoms continue to play a critical role in not only transforming the way people live, work and play but also contribute significantly to the growth of Nigerian economy, as evidenced in the sector’s impressive contribution to the Gross Domestic Product (GDP),” he said. Telecom consumers, who won various prizes in a raffle conducted to excite them at the event, also expressed appreciation to the Commission for being one of the leading public institutions championing the interest of the consumers.

Thu Dec 16 , 2021
Share, like and CommentWe’re Committed To Consumer Protection – Danbatta  The Emir of Kano, Alh. Aminu Ado Bayero, influential individuals, who visited the Nigerian Communications Commission (NCC) pavilion as well as telecom consumers, who participated at the ‘NCC Special Day’ at the recently-concluded 42nd edition of the Kano International Trade Fair, 2021 in […] 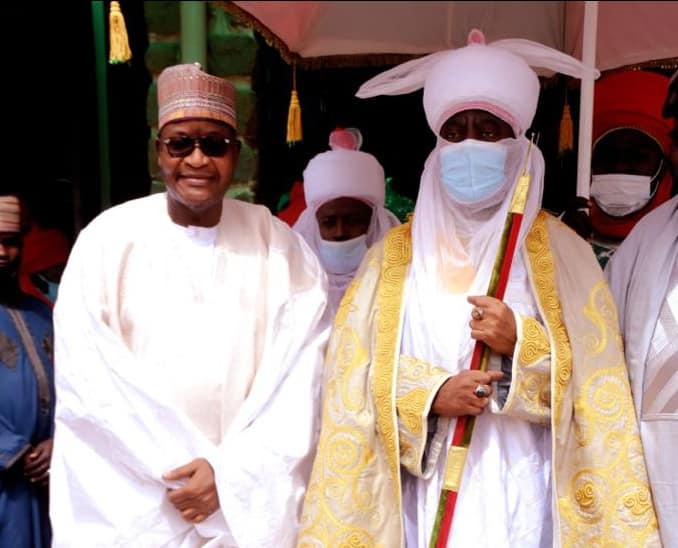