WhatsApp while announcing its privacy policy had said that the users need to accept the new privacy policy to continue using the app. However, now the company has said that it will not delete the account of users if they don’t accept the policy but limit the functionality. This in its truest sense can be worse than losing the account.

“After a few weeks of limited functionality, you won’t be able to receive incoming calls or notifications and WhatsApp will stop sending messages and calls to your phone. At that point, users will have to choose: either they accept the new terms, or they are in effect prevented from using WhatsApp at all,” the company told The Guardian in a statement.

After facing severe backlash, WhatsApp did ease up the process a bit but has used a rather forceful method of making people accept the new privacy policy. It will slowly and gradually deprive users of features including access to the chat list, sending and receiving messages and all on the app and more. However, all of this would take place after weeks after repeated reminders. So users still have a lot of time to think about it contrary and thanks to the new update, users would not lose their account or features immediately after May 15.

WhatsApp had initially informed users about the new privacy policy through in-app notifications in January. The company had given February 8 deadline to the users to accept the new privacy policy but the lack of clarity about what it actually means garnered a scathing response from the users. Several of them migrated to other messaging apps like Signal and Telegram because they assumed their private information would be shared with Facebook. But WhatsApp had reiterated time and again that there would no change in their data sharing policy. The chats are encrypted, so they could never be accessed by anybody apart from the sender and the receiver and not even WhatsApp can access them.

Fri May 14 , 2021
Share, like and CommentMTN Nigeria’s 2021 top priorities include sustaining double-digit revenue growth and driving 4G network expansion.  The company gave this insight in its unaudited results for the quarter ended March31, 2021. MTN is also focusing on positioning its fintech business (MoMo Agent) for accelerated growth in order to […] 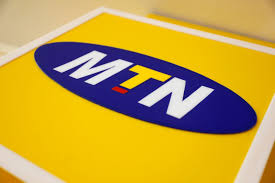