Skip to content
Share, like and Comment
A paradigm shift has finally been made by President Muhammadu Buhari as he has relieved the nation’s Service Chiefs of their portfolios and replacing them with new ones. 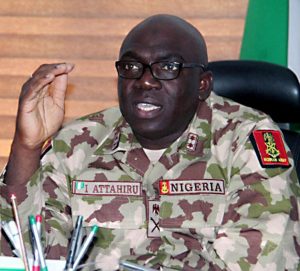 In the new dispensation, Major-General Leo Irabor will serve as the Chief of Defense Staff (CDS) while Major-General I. Attahiru is the new Chief of Army Staff (COAS). He takes over from Lt.General Tukur Buratai. The new Chief of Naval Staff is Rear Admiral AZ Gambo while Air Vice Marshal I.O. Amao is the new Chief of Air Staff.
In a press statement on Tuesday, Special Adviser to the President on Media and Publicity, Mr. Femi Adesina said
President Muhammadu Buhari has accepted the immediate resignation of the Service Chiefs, and their retirement from service. 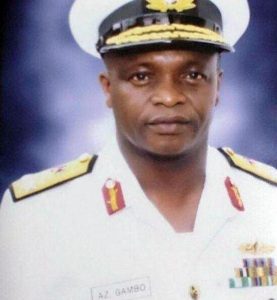 “Those involved are the Chief of Defence Staff, General Abayomi Olonisakin; Chief of Army Staff, Lt-Gen. Tukur Buratai; Chief of Naval Staff, Vice Admiral Ibok Ekwe Ibas; and Chief of Air Staff, Air Marshal Sadique Abubakar.”
According to him, President Buhari has thanked the outgoing Service Chiefs for what he called their “overwhelming achievements in our efforts at bringing enduring peace to our dear country,” wishing them well in their future endeavours. 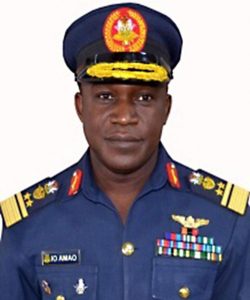 In the same vein, the President has congratulated the newly appointed Service Chiefs, and urged them to be loyal and dedicated in the discharge of their responsibilities.

Thu Jan 28 , 2021
Share, like and CommentThe Inspector-General of Police,   Mohammed Adamu, on Wednesday in Lagos, assured that  the Police would go after those responsible for the fire that razed part  of  Chief Sunday Igboho’s house in Ibadan, Oyo State, Tuesday and bring them to book. The Police boss made the assertion during […]