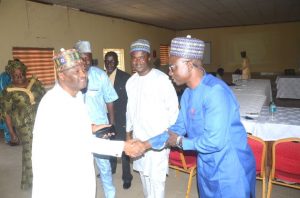 The National Office for Technology Acquisition and Promotion (NOTAP) has concluded strategic plans to reward active Intellectual Property and Technology Transfer Offices (IPTTOs) across the Country through ranking.

Speaking at a one day Intellectual Property and Technology Transfer Offices (IPTTO) Coordinators Forum held at Command Guest House Bauchi State recently, the Director General of NOTAP, Dr DanAzumi Mohammed Ibrahim said that NOTAP was established to regulate the inflow of foreign technology into the country through the registration of technology transfer agreements.

He noted that the Office also have the responsibility of promoting the development and utilization of indigenous technologies and in line with the local content development act, as well as the implementation of Executive Order No.5, the Office is not allowed to register any technology transfer agreement to which Nigerians have the requisite knowledge and capacity to undertake.

Dr Ibrahim stated that in carrying out the statutory responsibilities of the Office, it was realized that Intellectual Property (IP) culture was low in Nigeria’s knowledge institutions and for a country that is desirous of joining the league of technologically independent nations, there was a need to sensitize Nigerians, especially researchers in the knowledge institutions to inculcate the culture of intellectual property for sustainable economic development. 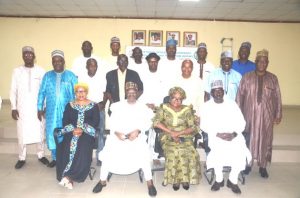 The DG further stated that in order to encourage IP culture and develop a robust knowledge-based mechanism that will fast-track market-driven research and Commercialization of Research and Development (R&D) result, NOTAP in collaboration with the World Intellectual Property Organization (WIPO) 2006 commenced the establishment of Intellectual Property and Technology Transfer Office (IPTTOs) in some knowledge institutions within the country to guide and refocus research undertaking from research for publications and career progression to problem-solving research.

He said that since the introduction of IPTTOs in our knowledge establishments, patents which are the first step to commercialization have started emanating from such establishments. He added that over the years, NOTAP as a way of encouraging patenting of R&D results, assists Nigerian researchers in writing of patent claims, filling of applications as well as paying for the patent fees and only call the beneficiary for collection of patent certificates. This intervention according to him has resulted in securing over 400 patent certificates for researchers.

Dr Ibrahim said that the IPTTO Coordinators forum became very imperative when the office noticed that out of 64 IPTTO centres already established and commissioned, some are performing excellently well, while some are not, hence the need to interact with them to ascertain what their challenges are and also hear from those performing coordinators to possibly provide solutions and advice where applicable.

In her paper presentation titled “Brief on IPTTO Ranking”, the Director of the Technology Acquisition and Research Coordination (TARC) department of NOTAP, Mrs Caroline Anie-Osuagwu said that it had become pertinent to give incentives to the institutions where IPTTOs have been supported and nurtured to the point of reckoning. She added that for any centre to be considered for an award, the centre must fulfil some criteria thus; Evidence of establishment of IP policy, the centre must be visible or known within the institution, a documented evidence of R&D results collections within the institution, a number of a patent application submitted as well as number granted, the existence of IP committee within the institution to review and evaluate IP activities, frequency of IP intervention workshops, the manning level of the IPTTO center and many more.

She stated that all established IPTTOs must be ranked irrespective of when they were established but noted that the ranking criteria for the newly established centers may not be the same as the old ones due to their peculiarity. She congratulated the Federal University of Technology (FUT) Mina for their breakthrough in licensing one of their inventions to the Kaduna State government for a mouth-watering sum of money and encouraged others to emulate FUT as the slogan in knowledge institutions was changing from ”Publish or Perish to Patent, publish and prosper”.

Mon Jan 23 , 2023
Share, like and CommentGets NCPC Approval, Institutionalizes Support for Pilgrimage The Inspector-General of Police, IGP Usman Alkali Baba, on Friday 20th January 2023, met with the ten (10) Christian Police Officers who have been nominated for the 2023 pilgrimage in Jerusalem, Israel. The pilgrimage which is the first of its […] 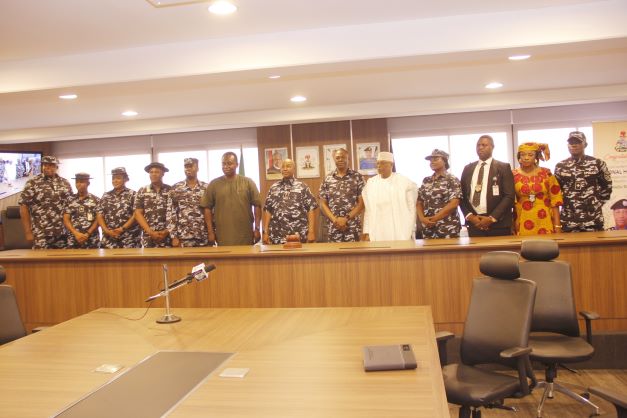