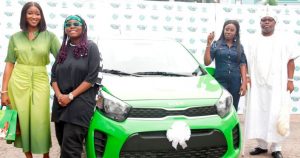 Vivian Nkiruka Chukwuleke, a Lagos-based businesswoman who won a brand new car in the ongoing Glo Festival of Joy promo has described the car prize as a huge gift from Globacom, adding that the company has done well, taking of Nigerians with its promos over the years.

The Imo- state born Chukwuleke made the remark at Gloword, Adeola Odeku, Victoria Island, Lagos yesterday at the prize presentation ceremony where she received the keys to a brand new Kia car, which was presented to her by His Royal Majesty, the Oniru of Iru/Victoria Island, Oba  Gbolahan Lawal.

According to her” “I first got a call from someone who introduced herself as a Glo official and said she was calling from the venue of the draw and that I had won a car. I was scared at first, knowing that scammers could also be trying to con me. But when I was told to take my documents to the Gloworld nearest to me, I knew that I had actually won the car”, she said, adding that Globacom had given her a huge gift to send her as she prepares to quit spinsterhood next year. 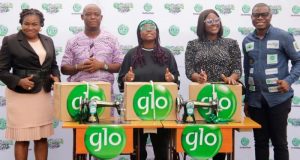 Other Nigerians also went home with different prizes including Generating sets, Sewing Machines and Rechargeable Fans. The winners were all very effusive in the praise of Globacom for giving them the opportunity to win the prizes.

Elijah Ibagbeola, a travel Consultant, who won a sewing machine, said “I am so happy to be here and I am also happy that Globacom is rewarding subscribers in this manner”, while Olubunmi Idowu Jayeola, a civil servant who works in a government hospital thanked Globacom for the prize, adding that the generating set she won was going to help her improve the business she recently started as a side hustle.

“I have been a loyal and consistent subscriber of Globacom and it is great that I too have won something now,” said Alli Morufu, a Generator Technician based in Ilasa, Lagos, who won a Rechargeable Fan and declared that he had never won anything in any promo before.

Speakers at the event include Mr Moses Iyi, Assistant Director at the Nigerian Communications Commission (NCC) who said the promo” is not a jamboree, it is not fake, it is real as it was approved by the government. If you have won anything, you are sure to get your prize you can rest assured”, while the Head, Legal Services at the National Lottery Regulatory Commission (NLRC), Gloria Ireka, said the commission has been monitoring the processes of the draws and presentations by Globacom and commended the company for being faithful all along.

“All I want to do is encourage them to keep it up”, she advised.

Wed Nov 30 , 2022
Share, like and CommentThe National Information Technology Development Agency (NITDA) was recently honoured with an Award and Certificate of Excellence at the Spokesperson Communication Award 2022. According to Image Merchants Promotion Limited (IMPR), organisers of the event, the award was in recognition of NITDA’s strategic approach to information dissemination, especially […] 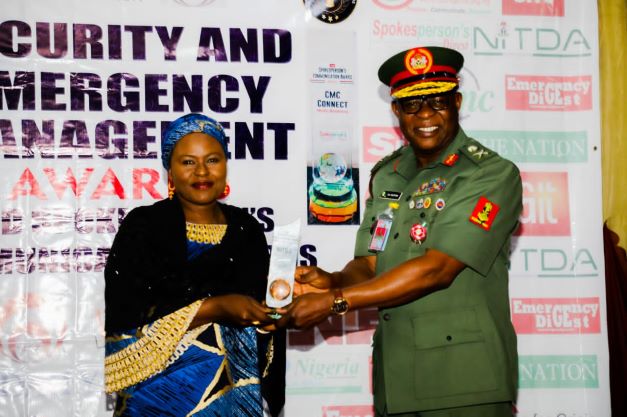