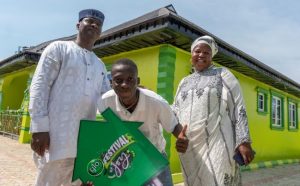 A 19-year-old undergraduate received a three-bedroom house as part of the record-breaking Festival of Joy promo from telecom giant Globacom, which yesterday kept its promise to reward its devoted users with fantastic rewards.

The first of the presentations was held yesterday in Ibadan, the capital of Oyo State, where 19-year-old Ibrahim Akindele, the winner of the three-bedroom apartment, gushed with excitement and unbridled joy. 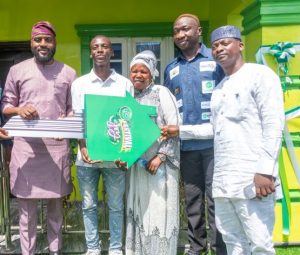 The Speaker of the Oyo State House of Assembly, Mr Debo Ogundoyin, and other important state legislators were present for the magnificent occasion.

Ado Ekiti, Ekiti State, a student studying Science Laboratory Technology at the 200-level claimed his initial reaction to the good news was skepticism.

His 54-year-old mother, Mrs Funmilayo Akindele, was also brimming with palpable joy as she said, “The house will be a place of refuge for Ibrahim and his older brother while we will be coming to spend weekends with them”.

Mr Akeem Yusuf, Head of Operations for Globacom in the West Territory, stated that the promotion is yet another chance for the business to reward its subscribers with fantastic rewards in keeping with its dedication to the ongoing empowerment of its consumers.

“Our commitment to the total well-being of our subscribers and the realization that shelter is one of the key needs of man have fuelled our desire to help some of them have houses of their own through this promo. This kind of prize is unprecedented as no brand has ever offered or presented such to their customers before”, he stated.

Ibadan will be hosting another prize presentation on Thursday, November 17, where lucky winners will go home with prizes including a brand new Kia car, power generators, sewing machines, and rechargeable fans among other prizes.

Glo Festival of Joy will make 20 lucky subscribers landlords/landladies,  just as  24 of them will win brand new cars across major cities of the nation as well as other prizes, including
power generators, sewing machines and rechargeable fans, among other prizes.

JUST IN: FG Issues A Service-Wide Directive For MDAS To Adhere To The Nigeria Data Protection Regulation. (NDPR)

Thu Nov 17 , 2022
Share, like and CommentThe Federal Government has issued a service-wide circular dated 7th November 2022 with Ref No. SGF/OP/l/S.3/Xll/186, directing all Ministries, Departments and Agencies (MDAs) of government to comply with the provisions of the Nigeria Data Protection Regulation (NDPR). The Circular which was signed by the Secretary to the […] 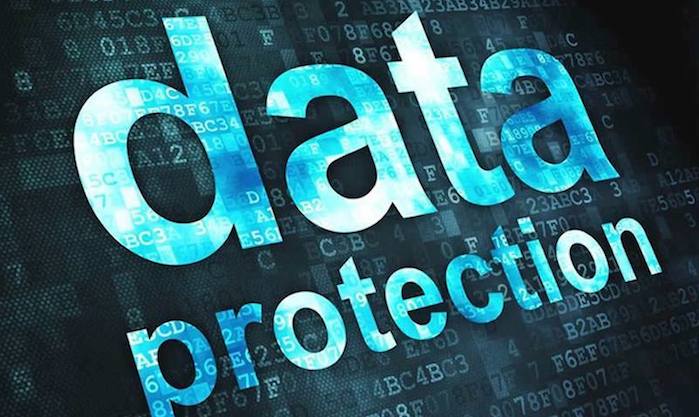