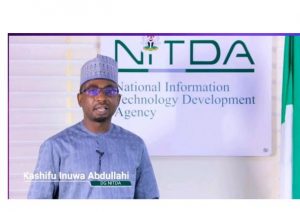 The National Information Technology Development Agency (NITDA) has disclosed that it is collaborating with other stakeholders to develop the National Policy on e-Commerce, which seeks to regulate and protect both the buyers and the sellers while transacting business online, given the rate at which people are now adopting e-commerce as a transaction model.

This disclosure was made by the Agency’s Director, Standards, Guidelines and Framework, Mr Oladejo Olawunmi on 2nd Day of the Consumer Protection Forum with the theme, “Enabling the e-Commerce Services Driven Economy: Opportunities for Consumers, Challenges and Way Forward in Nigeria”.

According to the Director, NITDA wants to make sure that there is a regulation in place that would ensure all players in the industry are protected and not ‘shortchanged,’ adding that “if there is no regulation in the industry, there would be chaos and that’s what NITDA is trying to avoid.”

He said, “over the past months, NITDA, in conjunction with the Federal Ministry of Trade and Investment, has been trying to put together the National Policy on eCommerce. We have had several engagements with other stakeholders and this is one of them. We want to have your opinions on what exactly you want from this so we can incorporate them in order to have a comprehensive and robust policy.”

He opined that the outbreak of COVID-19 has shifted people’s attention to e-commerce which has hitherto not gained the expected traction.

He said, “You can agree with me that the e-commerce sector really boomed in 2020. Since then, globally, we have realised the potential and everybody is striving to make sure that they have their own bit of the game.”

While disclosing the current market value of e-commerce in Nigeria which he said stands at 13billion USD, Mr Olawunmi said by 2025 the market value is expected to be around 75 billion USD and with over 3 million jobs created.  He urged Nigerians to embrace e-commerce as the government is doing all it could do to develop all the enablers of the sector.

He said, “Within the past two or three years, we have seen startups that were developed and blossomed through e-Commerce. Without e-Commerce, they might not have been able to do what they have done. Some of them were bought over by foreign companies. e-Commerce actually provides a way of limiting barriers that are presented by geographical limitations. So, you can be here and doing business to anywhere in the world.”

Mr Kenny Omodara, one of the resource persons for the session on the Overview of e-Commerce, noted that formulating a policy for e-commerce is crucial to the development of the industry because it will give confidence and encourage online transactions.

According to him, most of the enablers for a thriving e-commerce industry have been taken care of by the government and encouraged Nigerians to embrace it. He said Nigeria is the leading African market in e-commerce because of its population demography, broadband penetration and the number of internet users.

Another facilitator, Mr. Desmond Idu Odaiche of Yorkshel Business Consult applauded the government for some of the regulations it has put in place before which he maintained would help the industry to thrive.

He underscored the importance of logistics, payment platform and commerce (goods) as critical components of the e-commerce industry. He explained some of the issues that could limit the potential of e-commerce to include poor labelling, failure to pay customs duty and taxes, unavailability of electronic payment and non-disclosure or improper disclosure of goods.

One of the participants at the session, Mr Ernest Paul from the National Salary, Income and Wages Commission advocated for punitive measures to strengthen e-commerce transactions. “There must be an anti-trust policy in for e-commerce if we want to encourage it. The penalty should be attached as a sanction for whoever that breaches the agreement,” he said.

The participants harped on the security of the online transaction and called on NITDA to form a synergy with other agencies of government to harmonise different policies that could guarantee effective e-commerce policy for the country.

Fri Nov 11 , 2022
Share, like and CommentThe Nigerian Communications Commission (NCC) has completed arraignments to host an engagement session with stakeholders to discuss and provide more insight into the Draft Information Memorandum that will guide the process. The proposed auction of two lots in the 3.5GHz Spectrum for the deployment of 5G services, […] 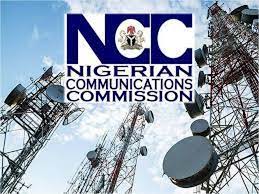