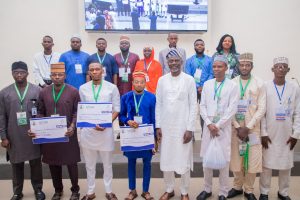 E-procure, IFFMER, and E-xpose took first, second, and third place, respectively, among seven shortlisted innovations that were pitched at the Illicit Financial Flows (IFFs) Hackathon Demo Day, which was organized by the Independent Corrupt Practices and Related Offences Commission (ICPC) with technical assistance from the National Information Technology Agency (NITDA) and in collaboration with the Ford Foundation.

The three winners each received a cash prize of 1.5 million, one million, and five hundred thousand naira.

The hackathon with the theme “Innovative Technology Ideas to Curb Corruption and Illicit Financial Flows in Government Budgets and MDAs Procurement Process in Nigeria“ took place at the ICPC Auditorium; was with the aim to develop indigenous solutions to curb Illicit Financial Flows (IFFs) in Ministries Departments and Agencies (MDAs) and check for indigenous movement of funds within Nigeria and across international borders to ensure the effective monitoring procurement processes.

The seven startups that pitched at the hackathon used the School Feeding Programme (SFP) as a case study.

Giving his remarks, the NITDA Director General, Kashifu Inuwa, CCIE represented by the Director Standards, Guidelines, and Frameworks Mr Oladejo Olawunmi said the hackathon is captured under three pillars of the Agency’s seven Strategic Roadmap and Action Plan (SRAP 2021-2024) one of which are Indigenous Content Promotion,  Digital Innovation, and Emerging technologies.

Inuwa while speaking on Indigenous Content Promotion said “we believe that we have to actually promote our content and have homegrown solutions here in Nigeria”.

He stated that “when we import technology only the technology is transferred and not the knowledge”.

He opined that it was not ideal to fight corruption with imported technology as there is always a back end.

For Digital Innovation and Entrepreneurship, the DG said that innovation or idea pitched at any hackathon NITDA is part of, does not end there, but that the Agency takes it upon itself to ensure that those ideas are incubated, young innovators are mentored and given the needed exposure both within and outside the country to attract investors.

“NITDA has taken startups to international exhibitions and has won prizes at the Gulf Information Technology Exhibition (GITEX)”.

He added that Emerging Technologies like Artificial Intelligence, Blockchain, Big data and many more are new technologies that will be useful in curbing corruption.

The ICPC Chairman, Prof Bolaji Owasanoye, SAN during his opening remarks appreciated NITDA for the technical support it has rendered to make the hackathon successful stating that “the School Feeding Funds investigation and experience has led us to today’s activities support by Ford Foundation.

“IFFs remain a major avenue for diversion of revenue both in the local and transnational transactions and activities and the deliverables from this event is to have negotiation guidelines that we hope will be adopted by the government, and those who have businesses to do with the government will have a template to guide them on how to act for the government.

Giving a brief of the IFFs hackathon selection process, the team lead from NITDA Dr Zareefa Mustapha said there was a call for application and even there were over 2400 applications. She said for the screening processes hubs were engaged as consultants, as they know what is happening in the technology space and are in the best position to identify viable solutions.

“The 22 were interviewed and they did a demo of their technologies and that was how the top seven were selected”, she added.

She said there was a booth camp for the selected seven at the Agency’s subsidiary National Centre for Artificial Intelligence and Robotics (NCAIR) and there were technical partners to guide them through.

The Regional Director, Ford Foundation West Africa Dr Chichi Aniagolu-Okoye commended the innovators for intellectually tasking themselves to come up with their various innovations.

“Your technology may end up not being what the ICPC needs but it may be something that the Ford Foundation can take to the next level, “said the Regional Director

He added further, “Even if you don’t win you are a winner, the technologies that you have developed could always be used for something else.”

The other innovations at the demo day were DBlaze App, Blockchain

In attendance was the representative of the Minister of Education Mallam Adamu Adamu, Mr Kashim Ibrahim a Deputy Director in the ministry.

Sun Sep 4 , 2022
Share, like and CommentHarps on Sustainable Peace, Development IGP Usman Alkali Baba has joined his counterparts from around the world at the 3rd United Nations Chiefs of Police Summit (UNCOPS) in the United States of America. The third edition of the event brings together Heads of Police Organizations from around […] 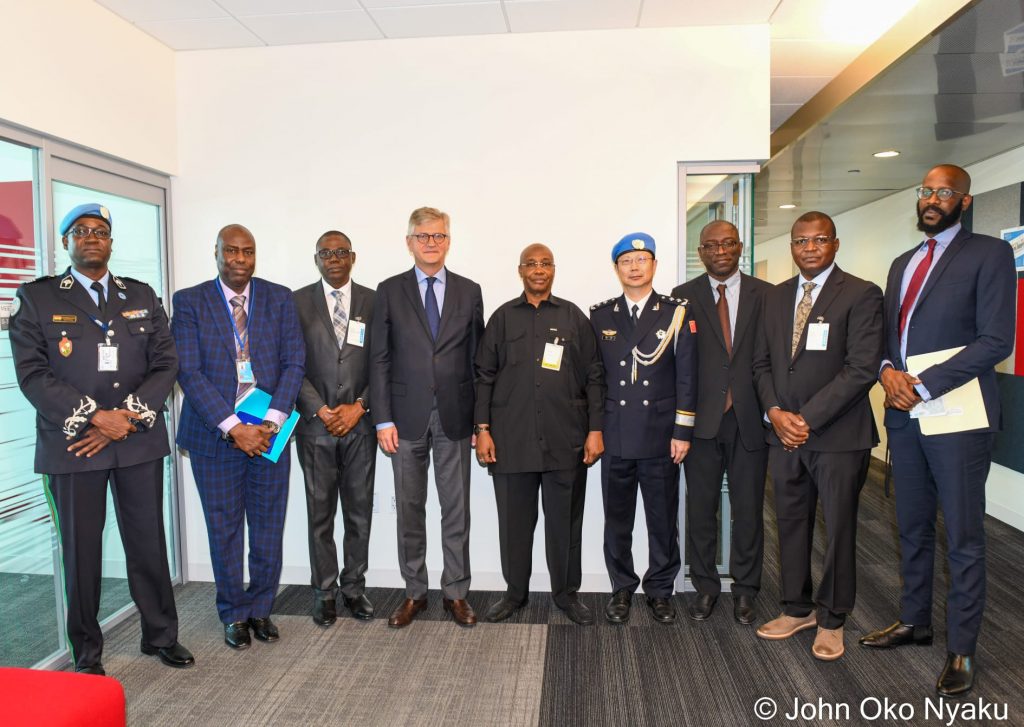