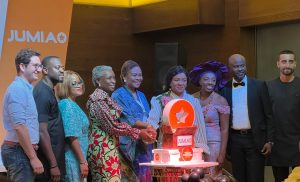 The NITDA DG made the remarks while speaking on the role of ICT in shaping the Nigerian economy at Jumia’s 10th-anniversary luncheon at the Eko Hotel & Suites in Victoria Island, Lagos.

Inuwa, who was represented by the Agency’s Head of South West Zonal Office, Barr. Chioma Okee-Aguguo, commended Jumia on its growth and trajectory in the country’s e-commerce ecosystem over the years, stating that the organization, which started as a tech start-up a decade ago, is now considered a trailblazer and an inspiration to other tech start-ups in the country.

While praising the company for its contribution to the advancement of the country’s e-commerce industry, Inuwa stated that Nigeria’s rapid development of ICT has enabled heterogeneous economic sectors to be more integrated.

Acknowledging the tremendous impact the company has had on the economy of the nation, Inuwa said that Jumia has created more jobs for youths and transformed the commercial face of wholesale and retail businesses while at the same time delivering excellent customer satisfaction.

“You have positively impacted the lives of millions of Nigerians and changed the face of commerce in the country. We celebrate your success stories and commend your efforts at reshaping the e-commerce industry in Nigeria”, he stated.

Inuwa further said that electronic commerce has led to unprecedented improvement in the growth and productivity of the Nation’s economy and urged other financial services, healthcare, government and other industries to explore ways of using ICT to transform their traditional process models.

Stating the inclination of the present administration to foster efficient, safe and economically productive Digital Nigeria through the deployment of IT, Inuwa averred that NITDA has developed programmes to support eGovernment initiatives by strengthening cybersecurity, developing digital skills for digitally excluded citizens and enhancing developmental regulations to promote ICT-centered innovation and entrepreneurship.

“Technology revolution is upon us as the largest economy and largest population in Africa. We stand to gain immensely by leapfrogging from our present status in the ICT ecosystem development, engaging

the values of innovative application development, deployment and adoption”, he concluded.

Giving his remark on the company’s 10-year milestone, the Chief Executive Officer of Jumia Nigeria, Mr. Massimiliano Spalazzi expressed his gratitude to the company’s workforce and customers for their unflinching support over the years and promised more excellent service delivery.

“We are very proud of what we have built, thanks to our customers and employees and to show our appreciation, we want to focus more and more on customer needs and ensure we are adapting to market demands”, he promised.

Also speaking on Jumia’s impact on communities, women, entrepreneurs, youths and the country’s economy, the co-founder of Jumia, Jeremy Hodara said that the company has partnered with both international and local brands to offer thousands of products to Nigerian consumers through a workforce of over 1000 employees, over 10000 independent sales agents and over 350 partners.

Sun Jul 3 , 2022
Share, like and CommentYouth and Sports Development Minister Sunday Dare, on behalf of Nigeria, signed two Memorandums of Understanding (MoUs) with Portugal in the areas of sports and youth development. The first Memorandum of Understanding will see Nigeria and Portugal participate in fruitful exchange programs and facilitate expertise transfer for […] 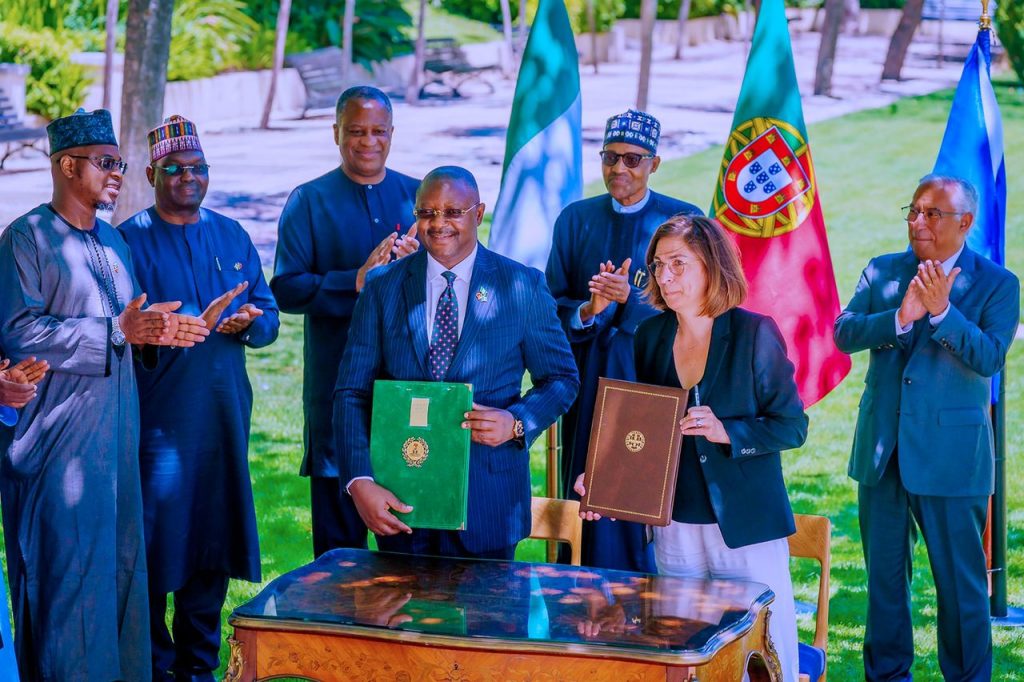