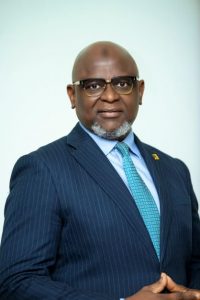 Dr. Adesola Adeduntan has entirely changed the financial institution since being named MD/CEO of First Bank of Nigeria Limited in 2016 and has made it appealing to all societal strata. FirstBank has transformed from a company that was once thought of as an old-generation bank into a favorite of everyone because to its utilization of cutting-edge digital solutions to serve its clients’ demands.

Also, under Adeduntan’s leadership, the 128-year old bank has made huge contributions to national development, thereby stimulating development, setting standards and motivating excellent output across sectors. Clearly, these contributions to national development were what endeared Adeduntan to President Muhammadu Buhari who recently saluted him on his recognition by Cranfield University, UK, one of the most prestigious citadels of learning in Europe. Adeduntan will on Wednesday, June 22, be conferred with Doctor of Science, Honoris Causa and he would be delivering an address to the

graduating class of the university. This feat, the president in a statement by his Special Adviser (Media and Publicity), Femi Adesina, described as, “another testament to the fact that Nigeria is blessed with the brightest and the best in all areas of human endeavor.” Buhari lauded Adeduntan for being a role model to the younger generation, showing that hard work pays, and with resourcefulness and doggedness, great heights are achievable.

The president sent best wishes to Adeduntan and his family as he hoisted Nigeria’s flag proudly to receive an honour Cranfield University said was in recognition of his outstanding contribution to the business. Incidentally, Buhari’s commendation came on the day the bank successfully held its AGM which showed a stellar performance in its financials, a transformational result that put the bank on course to reclaiming its leadership position of the financial sector.

Adeduntan has a distinguished career in finance having held senior positions at Citibank Nigeria, KPMG and Arthur Andersen Nigeria. He studied at Cranfield University as a British Chevening Scholar, achieving an MBA in 2005.

Commenting on the honour by Cranfield University, the FirstBank boss said: “I am extremely humbled and most grateful to the university for this recognition. My time at Cranfield served as a catalyst for my professional and personal development propelling me to the leadership position I occupy today.

“I am a firm believer in talent management, being vital to further accelerate Africa’s growth to enable it to benefit from its demographic dividend and the opportunities therein. I look forward to sharing my experiences with the students on the universal applicability of the skills the Cranfield MBA provides to positively impact the world.”

On his part, the Chief Executive and Vice-Chancellor of Cranfield University, Professor Karen Holford CBE FREng also congratulated Adeduntan, saying: “It is an honour to welcome Dr Adeduntan back to Cranfield to recognise all his professional achievements in this way. His own experience at Cranfield University has propelled his career forward and this serves as a true inspiration for our graduates both this year and in the future.”

Indeed, Adeduntan is an accomplished professional with distinctive international and domestic experience in commercial and investment banking, development finance, audit, and consulting; a philanthropist and leader with a keen interest in providing platforms for the development of other young leaders.

The FirstBank Group, the commercial banking arm of FBN Holdings Plc, which he heads is made up of First Bank of Nigeria and subsidiaries including FBNBank UK, FBNBank DRC, FBNBank Ghana, FBNBank Senegal, FBNBank Guinea, FBNBank Gambia, FBNBank Sierra-Leone and First Pension Custodian as well as Representative Offices in France and China.

Adeduntan is overseeing one of the most extensive transformation programmes in the sub-Saharan African financial services industry, with the goal to reposition FirstBank Group to market pre-eminence.

He is leading FirstBank Group on the journey to win the most significant emerging business opportunities in the financial services industry through the development and execution of a digital-led strategy that has established FirstBank as the dominant player in digital banking.

FirstBank Group’s transformation programme, under the leadership of Adeduntan, has enabled the bank to grow customer accounts from about 10 million in 2015 to over 36 million (including digital wallets), and become the second-largest issuer of cards in Africa with over 11.8 million issued cards, onboard over 18.6 million active customers on FirstBank’s digital banking platforms, and initiate and grow the most expansive bank-led Agent Banking Network in Africa with over 170,000 agents.

His career in banking and finance, spanning almost three decades, has earned him various recognitions and awards including Forbes Best of Africa – Outstanding Leader in Africa, Distinguished Alumnus Award by both the Cranfield University’s  School of Management and the University of Ibadan, African Banking Personality of the Year,  African Banker of the Year Award; Banking Icon of the Decade by the Sun Newspapers and induction into the African Leadership Magazine (ALM) Hall of Fame, Honorary Citizenship of the State of Georgia and Congressional Commendation Award from the Georgia Senate – the USA, Bank CEO of the Year by the AES Excellence Club and several other awards.

He has attended various executive and leadership programmes at Harvard Business School (USA), Wharton School (USA), London Business School (UK), IESE (Spain), University of Oxford (UK), University of Cambridge (UK), CEIBS (China) and INSEAD (France). He is a fellow of both the Institute of Chartered Accountants of Nigeria (ICAN) and the Chartered Institute of Bankers of Nigeria (CIBN).

Adeduntan’s leadership drive is also reflected in First Bank Nigeria Limited’s recently released full-year 2021 financial statement. The results clearly showed the strength and resilience of the iconic African elephant as well as the financial institution’s leadership in the industry. The impressive results were a reflection of the robust strength and growth of the iconic African elephant, showing that the bank has taken its rightful position among the industry leaders.

In addition, it showed the level of work the current board, management and staff of the bank have put in to turn the tide in the 128 years old institution with entrenched corporate governance.

The full-year 2021 performance by the bank represented a shift in the financial institution’s performance trajectory and was made possible through its undeterred commitment to pursuing its transformational agenda; cutting across customer-led innovation, building a digitalised bank, culture change, reinventing the bank’s workplace and safeguarding its assets for the digital age.

For the first time, FirstBank Group posted the best result in more than a decade history of the bank by crossing the N100 billion profit line. Specifically, in the full year 2021 financial statement, the FirstBank Group reported a 73.9 per cent growth in its profit after tax to N117.8 billion, as against the N67.8 billion recorded as of December 2020, just as its profit before tax stood at N130.9 billion, which was a significant rise by 77.9 per cent year-on-year, as against the N73.6 billion it was as of December 2020.

FirstBank has shown innovation, resilience and commitment to growth by significantly reducing its non-performing loans (NPL) from 25% in 2016 to an acceptable level of 6.1% in 2021.

With FirstBank under Adeduntan, the safety of customers and the security of their transactions come first. This has ensured the bank keeps the trust of Nigerians gained over the many years of its enduring legacy of safety and security.

The bank also delivers unique and bespoke financial services solutions across all customer segments underpinned by its commitment to innovation and the customer experience. It also leverages its strong investment banking capabilities to support clients in defining and executing innovative debt solutions as well as offer strategic advice at the highest level, arrange tailor-made financing structures, manage risk and ultimately help clients to realise their aspirations

Since its establishment in 1894, FirstBank has consistently built relationships with customers focusing on the fundamentals of good corporate governance, strong liquidity, optimised risk management and leadership.

Over the years, the bank has led the financing of private investment in infrastructure development in the Nigerian economy by playing key roles in the federal government’s privatisation and commercialisation schemes. With its global reach, FirstBank provides prospective investors wishing to explore the vast business opportunities that are available in Nigeria, an internationally competitive world-class brand and a credible financial partner. It is expected that the leadership excellence and recognitions accorded to Adeduntan would continue to reflect positively on the FirstBank brand and fundamentals of the bank so that the elephant will continue to stand ‘gidigba.’

Fri Jun 24 , 2022
Share, like and CommentIndustry collaboration is very essential to the successful deployment of 5G Services in Nigeria, so says the Executive Vice Chairman (EVC) of the Nigerian Communications Commission (NCC), Prof. Umar Garba Danbatta, who in Lagos earlier today, urged industry stakeholders to stand with the Commission to explore the […] 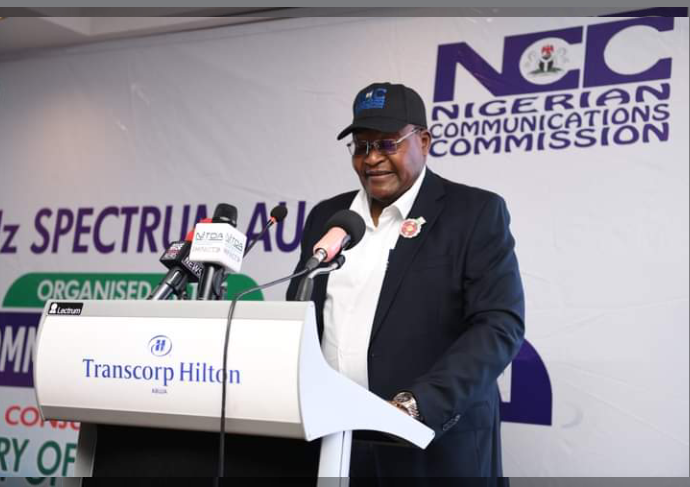