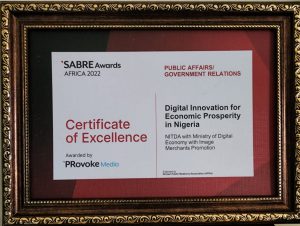 In further confirmation of its contribution to the growth of Nigeria’s digital economy, the National Information Technology Development Agency, (NITDA), has won the 2022 African Public Relations Awards Certificate of Excellence in Dar es Salaam, Tanzania on the 25th of May 2022.

The annual African PR award, which recognizes Superior Achievements in Branding, Reputation, and Engagement (SABRE), with a focus on engagement, credibility, and relationship building, was hosted by Provoke Media in collaboration with the African Public Relations Association (APRA).

Before winning the 2022 African PR award, NITDA was recently conferred with the prestigious “National Productivity Order of Merit (NPOM) Award” in recognition of the Agency’s high productivity, hard work, and excellence in service delivery. NITDA is the only government agency that received the National Productivity Award in the last 7 years.

NITDA, with the support of the Ministry of Communications and Digital Economy, clinched the APRA Certificate of Excellence in the Public Affairs/Government Relations category for its campaign on Digital Innovation for Economic Prosperity in Nigeria with a book of the same title authored by Inyene Ibanga.

The campaign, Digital Innovation for Economic Prosperity in Nigeria examined the roles of regulatory bodies in promoting the use of Information Technology (IT) in all spheres and explored ways in which the country is not left behind in the deployment of tools of technology in providing solutions to economic challenges.

The campaign was undertaken by NITDA in partnership with Abuja-based multi-award-winning PR agency, Image Merchants Promotion Limited (IMPR), the publishers of PRNigeria and Economic Confidential, earned the approval of the 14-member jury comprising globally acclaimed African Communications and PR experts from different parts of the continent to win the award for excellence.

In October 2019, President Muhammadu Buhari, renamed Nigeria’s communication ministry to the Federal Ministry of Communications and Digital Economy, to further expand its mandate to capture the goals of digitalization of the Nigerian economy in line with the Economic Growth and Recovery Plan (EGRP), one of the key agenda of the present administration.

Consequently, the Honourable Minister of Communications and Digital Economy, Prof. Isa Ali Ibrahim (Pantami), championed the initiative for awareness creation of the digital economy through the promotion of ICT, innovation, and technological tools to improve existing business processes and efficiency in products and services across all sector of the economy.

Through the support of the Minister, the campaign enhanced positive perspectives on Digital Innovation and Digital Economy and encouraged the participation of critical stakeholders, investors, and startups to key into the sector which later recorded unprecedented contribution to the Gross Domestic Product (GDP).

Highlighting major achievements of the sector, the Minister said that “ICT contribution to the country’s Gross Domestic Product (GDP) which stood at 13.8 percent in the second quarter of 2020, recorded an unprecedented 17.98 percent in September 2021. Its highest contribution to Nigeria’s GDP.”

While presenting the awards to the recipients, the APRA President, Mr Yomi Badejo-Okunsaya congratulated the winners for making the African continent proud by demonstrating the highest levels of creativity, integrity, and effectiveness in their various PR campaigns.

Commenting on the awards, the Chairman of the Award Jury and founder of Provoke Media, organizer of the event, Paul Holmes acknowledged that quality PR campaigns are coming from Africa. 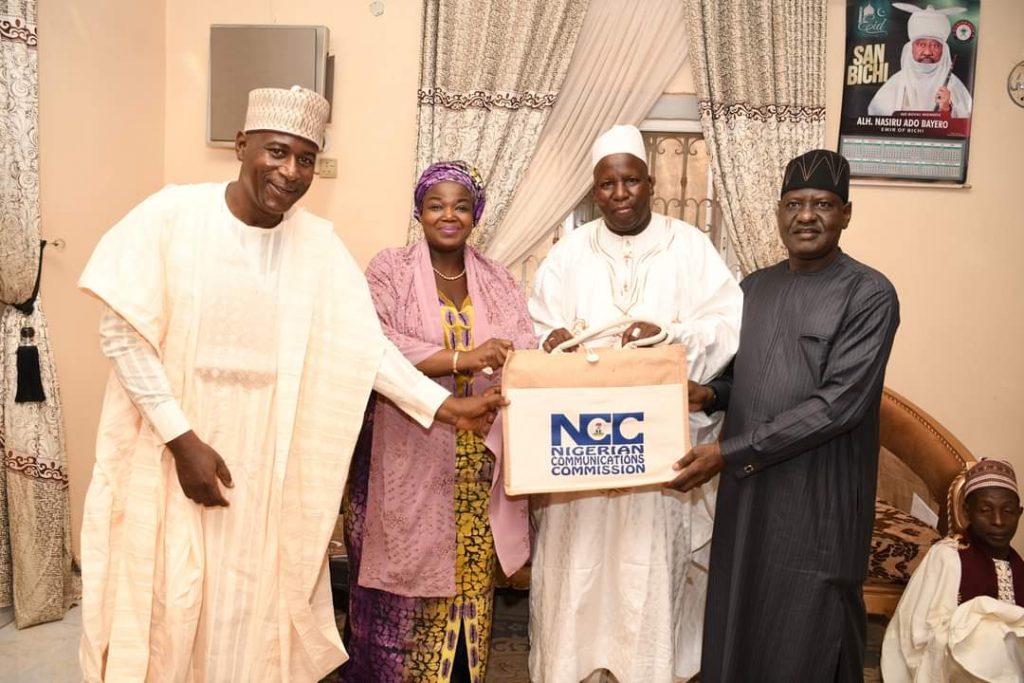