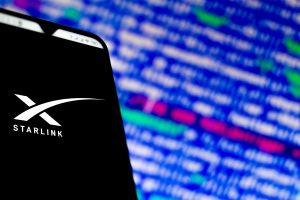 Elon Musk revealed in a tweet on Friday, May 27 that Starlink, his space exploration company’s satellite internet service, has been licensed in Nigeria.

This announcement comes three days after Musk responded to a tweet about the service’s introduction in Africa.

“Yes, first African countries to be named soon,” he tweeted.

“Starlink will service anywhere on Earth that we are lawfully permitted to serve.”

Starlink operates in over 30 countries where it is legally permitted, i.e. where it has the necessary licenses to provide internet services.

Its arrival in Africa, notably Nigeria, has been planned since 2021. SpaceX personnel visited the Nigerian Communications Commission (NCC), the country’s telecommunications regulator, in May to examine the prospect of securing a license to operate Starlink in Nigeria.

According to reports, the NCC has accepted this license, which backs up Musk’s tweet from today.

According to the journal, the license received by Starlink Internet Services Nigeria Ltd. (its business name) falls under the Internet Service Provider (ISP) category, which also includes telcos and private operators, and will be valid for a decade beginning in May 2022.

Sun May 29 , 2022
Share, like and CommentAs NDLEA uncovers 4.56kg crack in lawn mowers’ tyres; seizes tons of Tramadol, Codeine in Zamfara, Kogi, Kaduna, Kano Operatives of the National Drug Law Enforcement Agency, NDLEA, have intercepted 24 parcels of cocaine concealed in 12 tyres of lawnmowers imported into the country through the Port […]