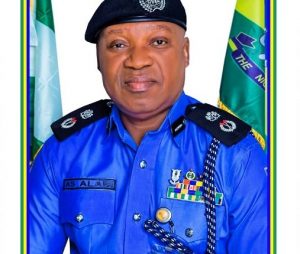 According to him, there is a plan for a kind of mobile court, where offenders can be tried. Wherever you are arrested whether you’re the rider or the passenger, you will be charged expressly,” he said.”

On Thursday, the CP claimed on Channels Television’s Sunrise Daily that plans had been prepared to create mobile tribunals to pursue violators of the directive, including passengers.

The police have devised “strategies and techniques” to enforce the mandate, according to Alabi.

“A plan is in the works for a mobile court where offenders can be tried.” “You will be charged expressly wherever you are arrested, whether you are the rider or the passenger,” he stated.

“People have been enforcing it throughout time, but not in a holistic manner.” We’ll assess the level of enforcement and adjust our strategy and methods accordingly. We’ll make sure this law is followed to the letter.”

Speaking on the implication of the ban on the crime rate, Alabi conceded that it may cause a spike in criminality, but he said the police are prepared to tackle any security challenge.

“We are anticipating a spike in crime. We know that banning Okada will increase the crime rate in the state, and we are not unmindful of that. We are already putting in place strategies to contend with them. We are prepared for that,” he said.

“The police have the capacity. And it’s not going to be the police alone that will handle this, there is going to be inter-agency collaboration. We are going to work in synergy to enforce this directive to the letter.

“Most of the Okada riders are criminals. We have arrested a lot of them with locally-made pistols in the course of their operations. And most of them have been charged to court.

“Most of them are using Okada as a kind of disguise and that’s why we have been having discussions with their unions. The best way out is to flush them out of our society. Most of them are masquerading as criminals.”

Alabi said couriers, owners of power bikes and private citizens who own motorcycles are exempted from the ban.

“The blanket ban does not affect couriers that are not carrying passengers. And we will ensure that they are actually couriers and not people pretending to use it to work against the law,” he said.

“And people who are private owners and are in uniform are exempted. People who own power bikes are not affected because it’s not meant for commercial purposes.”

Fri May 20 , 2022
Share, like and CommentThe Federal Executive Council approved a plan to incentivise and further harness Nigeria’s digital innovation and entrepreneurship ecosystem, during its meeting on 18th May 2022. This followed the presentation of a memo by the Honourable Minister of Communications and Digital Economy, Professor Isa Ali Ibrahim Pantami. The […]