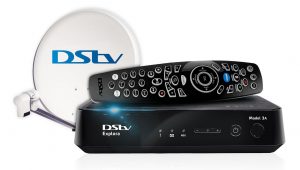 On Wednesday, the Executive Vice Chairman, Mr Babatunde Irukera, responded by saying the engagement was to determine whether the company executed a change in terms and conditions in accordance with the Commission’s mandatory procedures.

According to him, our directives were broad, and compliance must be prioritized.

“Although we cannot and have not regulated prices except in restricted cases requiring presidential assent and gazetting.”

“As a result, our order to MultiChoice did not restrict them from pricing their services in a way that was acceptable to both them and their subscribers.”

“We control price gouging.” Gouging is post-factual, which means that when a price shift occurs, we can check to see if it is exorbitant, exploitative, unrestored, or clearly unjust.

“This is a very complex inquiry, and the mere existence of any growth is not conclusive evidence.”

“There is a mechanism for analyzing the increase and other factors that contributed to it.”

“As with pharmacies, we are pursuing prosecution for excessive rises in particular products during the early phases of the COVID-19 outbreak.”

“For the time being, the first check with MultiChoice is whether they have implemented, or intend to implement, a major change in terms and conditions (of which price is one) without the measures stipulated by the Commission as conditions antecedent,” he said.

MultiChoice announced the rise in DStv and GOtv subscription rates on Tuesday, blaming it on growing inflation and business operating costs.

Sun Mar 27 , 2022
Share, like and Comment MainOne, West Africa’s premier provider of connectivity and data centre solutions, announced the expansion of its fibre-optic network infrastructure to the Lagos Free Zone in Lekki. The Lagos Free Zone, Nigeria’s first private free zone, intends to be the preferred investment destination in Nigeria by providing […]