Telecommunication’s giant MTN has revealed intentions to rebrand as part of the company’s “Ambition 2025” strategy, which aims to create “leading digital platforms for Africa’s progress.”

The modification was made public after the previous emblem was removed from signage at the company’s headquarters in Johannesburg, South Africa. The iconic red, white, and blue letters were replaced with all blue letters surrounded by an oval in the new logo. In the new design, the word “Y’ello” is highlighted in white beneath the MTN emblem. According to MTN, the new logo has been submitted to the Companies and Intellectual Property Commission (CIPC) for approval as can be seen outside MTN’s offices near the 14th Avenue offramp to the N1 freeway in Johannesburg.

The new logo sees ‘MTN’ written in normal block letters and in blue with an oval of the same colour around it, while the Yellow background seems to be a lighter shade of yellow than the older logo.

In a statement, Nompilo Morafo, MTN chief sustainability and corporate affairs officer, said the new look aligns with the group’s evolution from a telecommunications company to a technology company.

The rebrand will be group-wide, and not just outside MTN’s Johannesburg headquarters, according to the telecom giant.

FG Officially Hands Over The 5G Spectrum Allocation To NCC

Fri Feb 18 , 2022
Share, like and Comment The Federal Government has formally handed over the spectrum allocation for Fifth Generation (5G) deployment in the country to the Nigerian Communications Commission, just a week before the NCC’s deadline for winners of the 3.5GHz frequency auction to pay the spectrum costs. Prof. Isa Ali Ibrahim […] 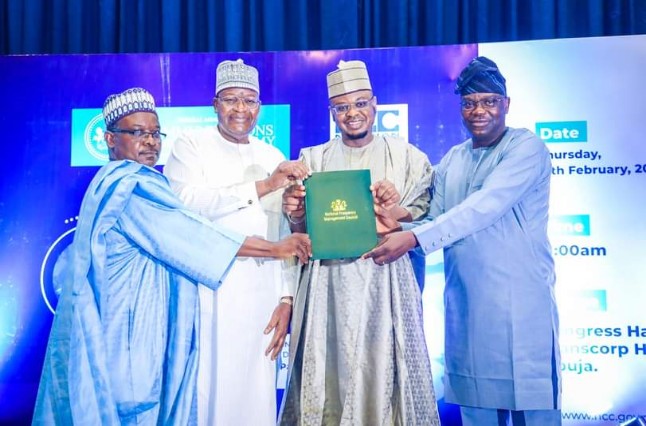