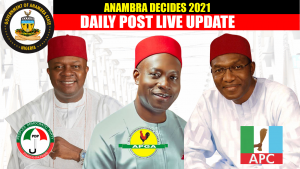 She said there is a need for the election to hold in that area so that the people are not denied their civic rights and to give room for the winner to be declared successfully.

Thank you for visiting this site.
You are visitor number 19,320