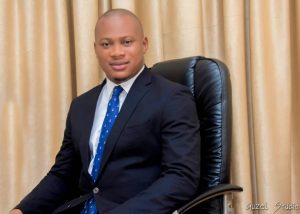 The immediate past Commissioner of Lands and Urban Development in Enugu State, Dr. Victor Nnam has come under serious criticisms from groups and individuals accusing him of being arrogant, unfriendly and corrupt among other things.

In a sharp reaction to the news of his resignation, some government agencies, organized labour unions and others have rained knocks on the former commissioner who resigned his position vide a letter dated 29th October, 2021.

According to the authorities of NULGE in Enugu State, “Nnam should bury his head in shame and seek God’s forgiveness in all the land scams he allegedly committed that culminated in his forced resignation.

The Labour Union however insisted that investigation by security agencies where it filed petitions against Nnam’s alleged takeover of the Union’s developed plot in Independence layout Enugu should be conclusively done and appropriate measures taken.

Reacting to Nnam’s sudden resignation, NULGE through its state President, Comrade Kenneth Ugwueze said that the Union was still in doubt that Nnam who allegedly tormented NULGE using Land grabbing agents and refused to listen to its cries would come up with a resignation letter using the words ‘diligently’ and ‘Conscience.’

“If the said letter actually arose from him, then he needs to search further the true meaning of diligent and also may be referring to a guilty conscience.”

According to Ugwueze, NULGE was allotted a piece of land at Independence Layout, Enugu alongside other Professional bodies like Nigeria Society of Engineering, Enugu State Branch and few individuals by the past administration of Barrister Sullivan Iheanacho Chime in the year 2012 for erection of her permanent State secretariat which serves also as the zonal office for the South East.

“We have over the years possessed the ownership of the land with considerable works going on until recently (July 2021) when the land grabbing agent of the Commissioner for Lands and Urban Development, appeared claiming ownership of all the lands belonging to Nigeria Union of Local Government Employees (NULGE), Nigeria Society of Engineering and two other individuals (with erected buildings) without prior notice, what so ever.

“We wrote to His Excellency, the Executive Governor of Enugu State Rt. Hon. Dr. Ifeanyi Ugwuanyi, crying out for help as His Excellency is also aware of our ownership of the land. While the security agencies were still investigating and making their preliminary reports, the Commissioner hurriedly tendered his resignation letter to avert his sack since his guilty conscience was already staring him in the face claiming to be in the hospital for over some time.

‘If grabbing people’s land without due process is a diligent work done by his affected officers and his version of ‘World Best Practices in Land Administration’ then he should blame himself for the act and seek forgiveness from God and so many groups and individuals that he has subjected to untold hardship and dehumanization through his “Diligence.”

“It is ridiculous for the Hon. Commissioner for Lands and Urban Development to write such letter of resignation when the investigation is still ongoing and those his senior officers were only redeployed to give way for proper investigation of his Ministry which has been on public domain including but not limited to several invitations by the Enugu State House of Assembly. We therefore cry out that the investigation by the security agencies be concluded so that justice will be done,” Ugwueze demanded. 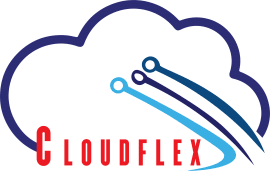 On his own account, a former Chairman of Ezeagu Local Government Area in Enugu State, Mr. Chukwudi Ezinwa had raised an alarm long before the Commissioner threw in the towel.

Ezinwa had accused Nnam, of failure to diligently act in his capacity as the Commissioner in charge of his Ministry in an alleged brazen act of corruption and fraudulent activities of his Heads of Department, especially, one Mrs. Chinyere Ugwu and others as contained in a petition dated 25/5/2021 brought by him with the view that Nnam would set a panel of inquiry or committee to look into his complaint involving the de jure deprivation of his property known as Plot 318, New GRA, Trans – Ekulu, Enugu.

Ezinwa said: “Prior to the petition dated, the 25th May 2021, and while still in office, I had instructed my Lawyers to write the Commissioner in respect of my missing file and land documents at the Ministry of Lands, but none of the petitions saw the light of the day as my land documents and all the letters written to the Ministry were claimed and actually found to be missing orchestrated by a female Director who was instrumental to my ordeals and whose relative with the same surname, was found out to have been issued with a Certificate of Occupancy in 2014 over a property I bought from one Prince Onyeka Onyia in 2008. The said Prince Onyeka Onyia, was granted Allocation of the said Plot 318, New GRA, in 2006. However, before my transaction with Prince Onyeka Onyia, I conducted a search at the Lands Registry and found the Allocation to be genuine and the land, not encumbered.

“Thereafter, I fenced the property and put a gate, built a 4-bedroom bungalow, a gate man’s house and a fishpond in the property unchallenged till date. The last straw that broke the camel’s back was when I decided to apply for the Certificate of Occupancy of the property that I discovered to my utter surprise and shock, that they have altered every document pertaining to the property and termed mine FAKE.

“So, my cause for concern is, how come about the C of O, issued to one Jimmy Ugwu without the due process of visiting the property to see the level of development made by me, and who gave the consent for the Certificate of Occupancy to be given to Jimmy Ugwu, etc. These and other questions were what I raised in my petition to the Commissioner and demanded for an inquiry to unravel the mystery which the Commissioner deliberately refused to act upon and that did not go down well with me.

“The failure of the Commissioner to act diligently over my complaint on the unscrupulous, unwholesome corrupt and fraudulent activities of his top staff needs much considered either as a pretentious weakness in veiled connivance and collusion with such staff. No wonder, the Commissioner became uncomfortable and quickly resigned on the ground that his professional HODs were removed by the Governor. Professional HODs indeed or are they professional corrupt practitioners?”

“The embattled ex- Commissioner claimed that Plot 318 New GRA was allocated to one Jimmy Ugwu on November 14, 1995 and obtained C of O Jan 7 2014. For discerning minds; New GRA was carved out by the administration of Governor Chimaraoke Nnamani which came on board in 1999. Yet the land was allotted in 1995.

“The C of O” he said was issued 19 years after, from 1995 to 2014. Who is fooling who? Meanwhile, I took possession of the virgin Land in 2008. The commissioner also lied that his Jimmy Ugwu developed the land. This is a land I developed, and I am still in possession. Who is Jimmy Ugwu? Our Investigation shows there is nobody like that. And if he exists why has he not shown his face in all these.”

In a related and strongly worded letter of complaint also sent to the Governor by the son of a former Governor of Enugu State, Chief Christian C. Onoh entitled “Before it is too late” Dr. Josef Umunnakwe Onoh, Chairman of Enugu Municipal Development Authority alleged abuse of office, land racketeering, illegal subdivision, nepotism and acts detrimental to the Ministry of Lands and Enugu State Government.

He stated unequivocally that he has reservations over developments in the Ministry of Lands under the watch of Dr. Nnam and called government attention to what he tagged ” activities detrimental to the current administration being orchestrated by Commissioner Nnam.” He further alleged that he (Nnam) appointed a fraudulent crony as his personal assistant who brazenly engaged in scouting, illegal subdivision, sale, laundering of funds being proceeds of illegal sale of land on behalf of the Commissioner within Enugu Urban division and upon receipt of his letter, the Commissioner dated the termination paper of his Assistant on realising that their fraudulent activities have been discovered.

Further more, Dr. Onoh alleged in an earlier letter addressed to the Commissioner dated 12th March, 2021 that there was a criminal breach of trust, cheating and conspiracy and abuse of office by him . He requested for information and clarifications in unauthorized “Carve out” plots within Enugu Metropolis and award of contracts to companies the Commissioner has vested interest, unwarranted sale of government land by his designated agents at Golf Avenue, Enugu.

Dr. Onoh finally stated that he should not allow the confidence reposed in youths by Governor Ugwuanyi in empowering them to be destroyed.

Apparently not peeved, Nnam said he expected that his abrupt resignation would ruffle feathers within numerous circles in Enugu State.

He said that despite his reasons for resignation which in civilized societies would be greeted with praise and commendation and considered noble, brave, a show of great character, integrity and honour, his resignation has been viewed in a totally different and negative light, which he said was not surprising.

In his defence on the case of NULGE, Nnam said: “The issue of NULGE is already a matter that is in court with suit No E/658 in the High Court of Enugu State. There are things that may not be said since it is already a subject of litigation but NULGE as I know with all the existing documents in the ministry, does not have any TITLE to the land. If NULGE claims to be the rightful owners of the said land, why are they afraid of the court? Why can’t they go to court to prove their case instead of running from pillar to post looking for how to forge nonexistent documents?

“This is the main reason why professional staff of the ministry were redeployed because they refused to give in to the pressure from NULGE and their likes. It is a common knowledge that when someone’s property is encroached on, the person has the court to run to but in this situation, NULGE that claims ownership did not go to court, rather they decided to use powerful people in government to obstruct justice. I am aware that HYMAC took NULGE to court. They should go to court and present their ownership proof. NULGE has no subsisting title over the land, let alone anyone revoking it.”

He described the petitioning and attacking groups at his resignation as faceless and pseudo-groups, claiming it’s about build up to 2023 election.

“It is necessary to state here that in the right time, truth must surely prevail. I am not under any investigation by any security agency. The resigned commissioner, Nnam, however said he was amazed at the allegations and the concerns it has generated.

“Let me say this clear here that I don’t have any problem with the Governor, I only have issues with some unfair decisions taken by a few people in government against innocent civil servants. The governor is still my boss and I am always grateful to him for giving me the opportunity to serve.”

Sun Nov 7 , 2021
Share, like and CommentmoreThe Minister of Communications and Digital Economy, Dr Isa Ali Ibrahim Pantami, has disclosed that the 3.5GHz spectrum band , known as the lower C-band which is not effective in satellite operations, has been recovered from NIGCOMSAT and reallocated to Nigeria Commissions Commission (NCC) for auction as part […] 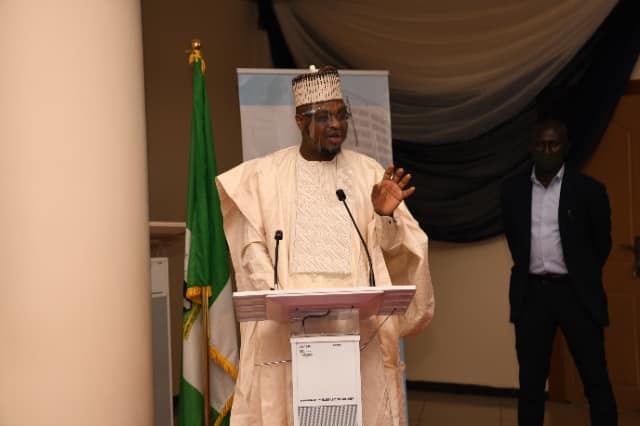 Thank you for visiting this site.
You are visitor number 13,825