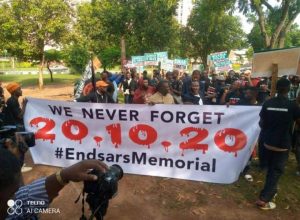 A group known as the Youth Rights Campaign (YRC) has condemned in strong terms what it called the brutal and unprovoked attack by the police on peaceful protesters and journalists at Lekki toll on Wednesday in connection with the commemoration of ENDSARS anniversary.

“there are reports of arrests, assault on journalists and seizure of their equipment as well as shooting at peaceful protesters.

“Peaceful protest is a democratic right and today’s action of the Police further shows that the Buhari government is nothing but a civilian dictatorship that relishes in violating the democratic and constitutional right to assemble and protest peacefully. The government has actually shown it has failed to learn the lessons of #EndSars.

“We hereby demand the immediate and unconditional release of protesters and journalists arrested. We call on the Nigeria Labour Congress (NLC), Trade Union Congress (TUC) and pro-youth and pro-working people organizations to openly condemn this brutal attack on democratic rights.”

The statement said further that “earlier today, over a thousand youth and activists had gathered at the Lekki toll gate – venue of the brutal shooting and killing of protesters last year during a protest against police brutality tagged #EndSARS. Today October 20, 2021 makes it a year since the incidents when soldiers and police opened fire on unharmed protesters. The protest today, taking place across the country, is meant to commemorate the #EndSARS protest.

“It is however unfortunate that the police have again attacked the peaceful memorial protest showing that President Buhari’s promise to reform the police in the wake of the #EndSARS protest last year remains unfulfilled.

“We stand in solidarity with the youth and urge them not to relent until victory is won. However, as we have variously argued, while every reform is welcomed, the only fundamental way to end police brutality is by ending the rule of the capitalist ruling class which requires state repression in order to exploit the working class and subdue dissent.

The group added that “time has come to build the alternative political platform of the workers and oppressed classes.” 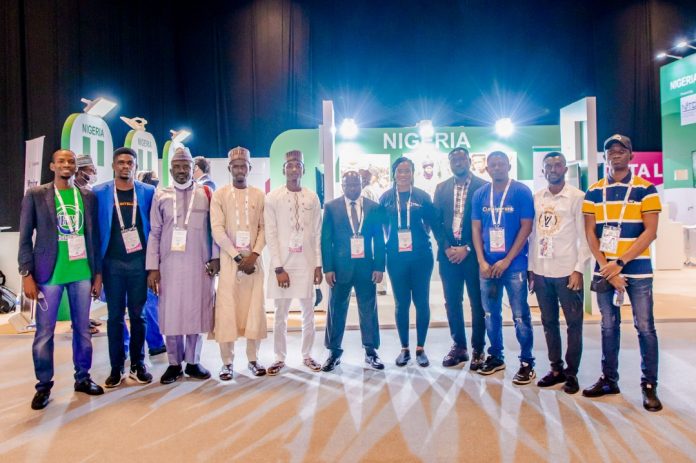 Thank you for visiting this site.
You are visitor number 19,324