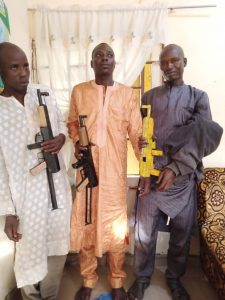 Operatives of the National Drug Law Enforcement Agency, NDLEA, have arrested three armed bandits; Adamu Shehu, Tukur Mohammed and Ibrahim Suleiman while on an attack mission in Katsina state, with three AK 47 rifles among other dangerous items recovered them.

This is even as a heavy weapon manufacturer, Celestine Chidiebere Christian, has been arrested with a high calibre G3 rifle along with seventy-eight (78) rounds of life ammunition (RLA) of 7.62mm calibre and five empty shells of same in Benue while trying to move the heavy weapon and ammunition to Jos, Plateau state.

The arrests and seizures were made at NDLEA checkpoints in the two states where narcotic officers stop and search vehicles for illicit drugs. Speaking when the Benue state command was handing over the high calibre G3 rifle and the suspect to the Agency’s national headquarters in Abuja on Thursday 12th August, 2021, Chairman/Chief Executive, Brig. Gen. Mohamed Buba Marwa (Retd) noted  that the NDLEA will continue to support efforts by other security agencies especially the armed forces to restore law and order across the country.

“For us at NDLEA, we’ll continue to do our best with our highly dedicated officers and men to cut off accessibility to illicit drugs by criminal gangs by blocking the trafficking of these psychoactive and psychotropic substances. In doing this, we’ll not shy away from complementing the efforts of other security agencies especially our armed forces in our collective bid to restore security and maintain law and order in all parts of the country”, Gen. Marwa stated.

According to him, “the three armed bandits were arrested by our officers on patrol in Malumfashi LGA of Katsina on Thursday 5th August, on their way from Igabi LGA of Kaduna state to Kankara LGA in Katsina for another devilish mission. A Toyota Corolla car with registration number Kaduna TRK 149 AE, three AK 47 rifles with magazines and ammunition, different types of charms, rings, cash and other items were recovered from them. I have since directed they be handed over to the Army Brigade in Katsina for further investigation.

Speaking on the transfer of the high calibre weapon manufacturer to the NDLEA headquarters in Abuja, Gen. Marwa said “from the briefs given by the Benue state command, the suspect was arrested on Wednesday, 4th August 2021 at exactly 6:30am, in a bus belonging to CHI-Boy Transport Company, enroute Onitsha to Jos when the vehicle was flagged down at Aliade check-point for search.  In the process, an iron box completely welded end to end was found in the vehicle, and when the passengers were questioned to know the owner, the suspect, accepted ownership.

“When the steel box was taken to the State Command headquarters along with the suspect, an electric filing machine was used to cut it open a fabricated high calibre G3 rifle along with seventy-eight (78) rounds of life ammunition (RLA) of 7.62mm calibre and five empty shells of same were discovered inside. However, I asked that Celestine Chidiebere Christian be transferred to Abuja because of the calibre of weapon found with him, which he claims he manufactures.”

The NDLEA Chairman commended the Katsina and Benue state commands for their vigilance and unrelenting commitment to the mandate given the agency by President Muhammadu Buhari to rid the country of illicit substances and ultimately secure the nation from the activities of criminal gangs.

Fri Aug 13 , 2021
Share, like and Comment…Calls For Full Compliance With Environmental Laws Of The State Ladipo auto spare parts market in Mushin has been reopened for business by Lagos Waste Management Authority (LAWMA), after substantial compliance with rules and regulations, to sustain clean and hygienic environment in the market. Recall that the […] 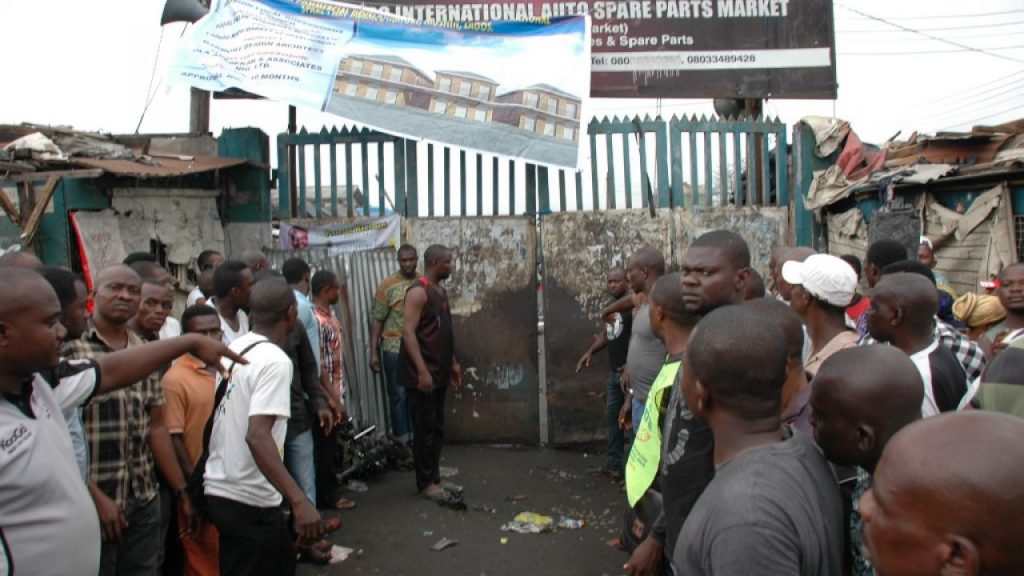