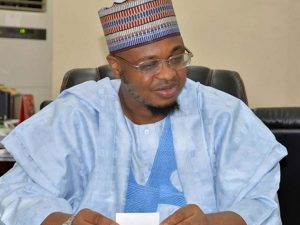 The Honorable Minister of Communications and Digital Economy, Dr Isa Ali Ibrahim Pantami FNCS FBCS FIIM has said that the administration of President Muhammadu Buhari GCFR is very passionate about the implementation of National eGovernment master plan where eGovernment becomes a blessing to everyone.

The Minister stated this today at the virtual webinar, together with the Director General, National Information Technology Development Agency (NITDA), Mallam Kashifu Inuwa Abdullahi and MD/CEO of Digital Jewels Ltd, Ms Adedoyin Odunfa and members of the press to commemorate NITDA’s 20th Anniversary.

Dr Pantami in his remark disclosed how he presented a memo with the Head of Civil Service of the Federation before the Federal Executive Council on National Policy for virtual engagements in Federal Public institutions which was approved.

He added that virtual engagements are now formal and institutionalized form of engagements in Nigeria.

“At the ministerial level in Nigeria, our responsibility is more on National Policy development and Policy supervision,” the Minister noted.

The Minister stated that his focus was not just to have an active eGovernment but a secure one which will gain the confidence of all Nigerians.

He further disclosed that the National Digital Economic Policy and Strategy (NDEPS) which was developed for a digital Nigeria has eGovernment has one of its pillars and secured through another pillar ‘Cybersecurity”.

He noted that a subsidiary legislation of the Nigerian Data Protection Regulations (NDPR) which is a regulation that protects the privacy of data being implemented by NITDA, is one of the most effective initiatives of the current administration.

“I led a team then that developed the first ever NDPR in order to give confidence to our citizens that any data under the government is secured, and we have been implementing this”, he added.

Dr Pantami mentioned that series of eGovernment trainings have been organized where public and civil servants were trained on eGovernment.

He said some of the trainings are being conducted by NITDA in collaboration with Galaxy Backbone limited, adding that National eGovernment Training Centre which was established by this administration in abuja at the Public Service Institute is a world class training centre where citizens, particularly civil servants and other underemployed or unemployed citizens are being trained.

He said recently, the President has unveiled the National Cybersecurity Policy, and awareness is being created to all citizens on how to cautiously navigate the internet, which is a foundational strategy for eGovernment.

“When you are online, you are exposed to so many challenges. We have been training citizens on cyber security not only at the federal and state levels but at local levels where trainings have been organized. From time to time, we issue advisory notes where citizens are being encouraged to take precautions on potential attacks,” the Minister concluded.

Mallam Abdullahi while giving his remark said that NITDA has recaliberated and refocused her efforts on the implementation of the NDEPS. He disclosed that the Honorable Minister of Communications and Digital Economy unveiled the Agency’s Strategic Road Map and Action Plan which was a turning point for the Agency on digitalization of Nigeria.

“As we push for a digital economy, it is imperative to build the confidence and trust of citizens for either government services or other private services,” the DG noted.

He stated that the NITDA Strategic Roadmap and Action Plan 2021-2014 is anchored on seven strategic pillars; Developmental Regulations which focuses on indices needed to move Nigeria on the eGovernment index. “Some of these regulations are regulatory instruments, guidelines and frameworks that prepare Nigeria for this journey”, the DG noted.

He stated that the Agency issued the NDPR which was to help Nigerians understand data privacy and build confidence for people to use data services.

“The regulations was innovative in the sense that apart from making sure we have a secure digital service, it also created an industry for our country. Data is the greatest resource in the digital economy,” he added.

Abdullahi said that Digital Literacy is another pillar which focuses on capacity building of eGovernment services, noting that it is important to build people’s capacities on proficient use of digital services. He further stated that Digital Transformation is another pillar which uses digital technology for operational excellence in governance and to enhance transformational delivery of traditional government services.

“However, Cybersecurity is a pillar which is very essential for Digital Economy and Digital Transformation within the government. We are making our cyber space secure and build the confidence of every Nigerian citizen,” Abdullahi concluded.

She disclosed that a  survey on eGovernment development status was carried out in 193 United Nations Member States which reflected the importance of eGovernment to sustain the Sustainable Goals.

She categorically stated that if eGovernment is implemented effectively in any country, it will help in achieving the UN Sustainable Development Goals.

Ms Odunfa noted that facilitating policies and services through eGovernment, Open government data for promoting effective & transparent institutions, eGovernment for policy integration and e-participation to promote participatory decision making and service delivery are key trends to be considered in eGovernment

Wed May 26 , 2021
Share, like and Comment. It’ll Turn Nigeria To A Nation Of Junkies, He Says Chairman/Chief Executive of the National Drug Law Enforcement Agency, NDLEA, Brig. General Mohamed Buba Marwa (Retd) has warned that current moves by some stakeholders to push for the legalisation of cannabis in Nigeria will rob the […] 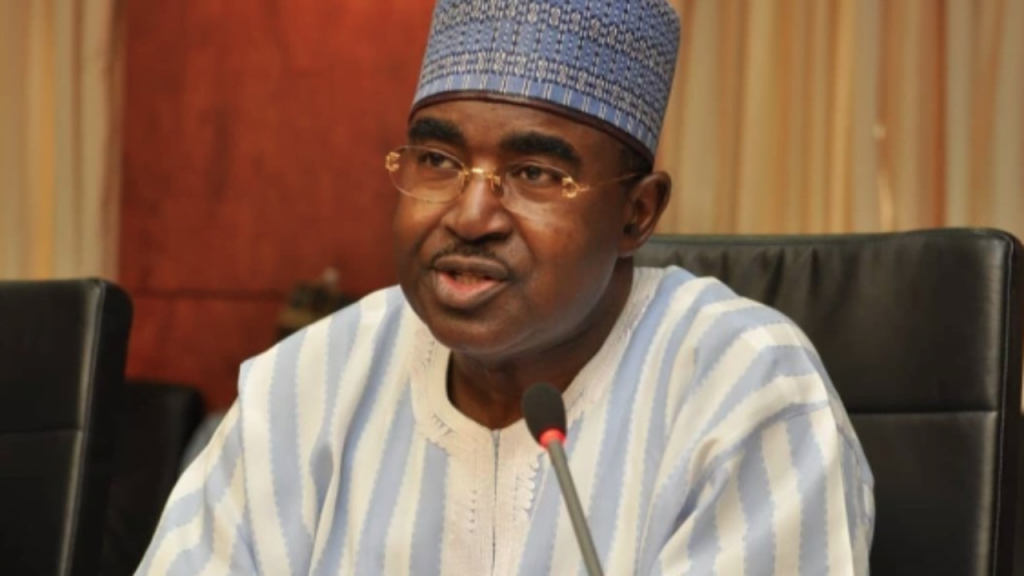