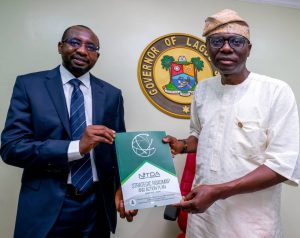 His Excellency, the Executive Governor of Lagos State Babajide Sanwo- Olu is being presented with a copy of NITDA Strategic Roadmap and Action Plan (SRAP) 2021-2024 by the Director General/CEO, NITDA, Mallam Kashifu Inuwa Abdullahi during the latter’s official visit to Lagos State

The Governor made this commendation when the Director General of NITDA and management staff paid a courtesy visit to the Governor at the Lagos State Government House.

He said, “I know NITDA and what NITDA has been doing, you have some intellectual driven people and I urge you to ensure that we create an ecosystem where businesses and processes are enduring to stand the test of time.”

Sanwo-Olu believes that NITDA is helping to achieve this, adding that, NITDA is here to support both the public and private sector to grow, to rewrite the narratives to rid off lack of trust, truth and sincerity in the country.

The Governor also reeled out some smart projects the state is embarking on for it to leapfrog from three industrial revolution into the fourth. He identified the proposed building of the biggest Technology Hub in Yaba, the establishment of Science, Research Innovation Council in Lagos, the Unified Fibre Duct project, the N250 million grant given to Startups in 2020, the free WiFi for public schools and institutions among many projects.

The Director General of NITDA, Mallam Kashifu Inuwa Abdullahi, CCIE, while delivering his remarks, charged the Lagos state government to align its Information Technology programmes to NITDA’s  recently unveiled Strategic Road Map and Action Plan, 2021-2024 because of the enormous potentials inherent in it. 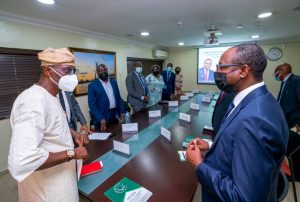 Abdullahi disclosed that the 2021-2024 Strategic Roadmap and Action Plans is positioned on seven pedestal that can help to unlock the digital economy potentials of the state.

He said, “Our Strategic Roadmap and Action Plans 2021-2024 was carefully crafted to unleash your (Lagos state) digital capability. The plan is anchored on seven pillars that can be a source of inspiration for you to invest more in making Lagos the centre of digital excellence.”

While listing the seven pillars to form the SRAP to include; Developmental Regulations, Digital Literacy and Skills, Digital Transformation, Digital Innovation and Entrepreneurship Cyber Security, Emerging technologies and promotion of Indigenous Contents, the DG sought for the constitution of a team between the Agency and Lagos State government that would work out modalities for “possible areas of cooperation and supports” the Agency could offer to the state for it to “continue on its march to greatness.”

Abdullahi also requested that the state should host the proposed Nigerian Data Protection Regulation, (NDPR) Toolkit for health sector. He said the state is consider to hold the workshop because of its experience in the implementation, adding that the workshop would provide the requisite tools to the digital transformation of the health sector.

While acknowledging that the status of the state as largest startups ecosystem in Africa with over 400 startups valued at 2 billion USD, the DG advised the state government to create enabling environment, issue appropriate regulations and execute the right programmes that would facilitate the emergence of the state as the African digital economy hub.

Mallam Abdullahi declared that various initiatives of the Agency has helped the state and its residents to generate several billions because the state hosts 90 percent of indigenous software developers, ICT hardware manufactures and consultancy service providers.

Thu May 20 , 2021
Share, like and Comment The Director General, National Information Technology Development Agency (NITDA), Mallam Kasihfu Inuwa Abdullahi, CCIE has urged the Lagos State Ministry of Health to fully adopt the implementation of all provisions in the Nigerian Data Protection Regulation (NDPR) to protect the medical data of the residents of […] 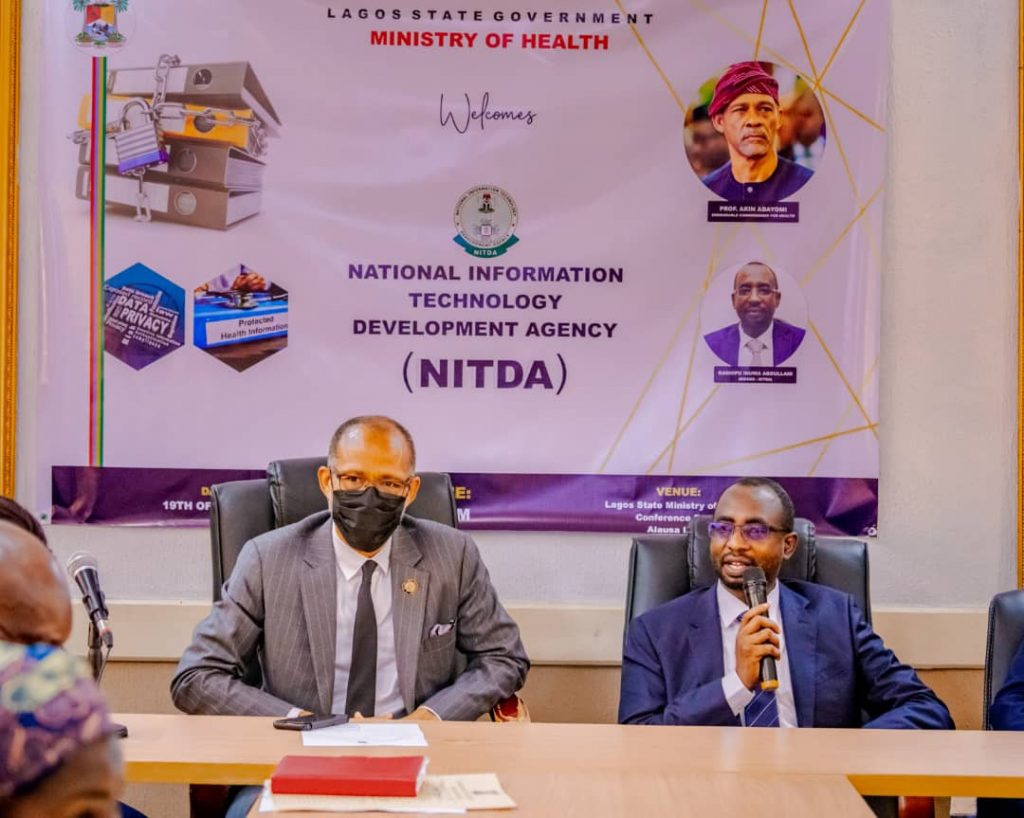