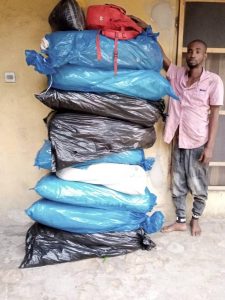 A notorious major supplier of illicit drugs in Abia State, Chibuike Apolos was on Wednesday,  arrested during an early morning raid of his hideout at Mbausi in Isialangwa North area of the state by operatives of the National Drug Law and Enforcement Agency (NDLEA).

It was gathered from NDLEA sources that Apolos has been on the wanted list of the Abia State Command of the anti-drug agency since February following the arrest of one Chima Ukeleonu, the suspect behind the video that went viral in January 2021, showing a young man hawking illicit drugs on the street. As a result, 38-year-old Apolos was put on wanted list. 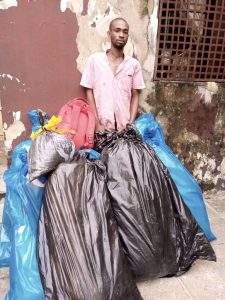 Spokesman of the NDLEA, Mr. Femi Babafemi’ said following Apolos’ arrest in the early hours of Wednesday, the Abia State Government has already marked his house that serves as his hideout for demolition.

According to the Commander, Abia state Command of the NDLEA, Bamidele Akingbade, “The Command has been on his trail since February this year. Fortunately we got a tip-off that he just received some quantities of cannabis from Edo state. Notwithstanding the tense security situation in the South East especially Abia State, the Command still embarked on the operations which culminated in the arrest of one Chibuike Apolos with ten (10) bags of cannabis weighing 100kg, 1.6 grammes of cocaine, 1 gramme of heroin and 5 grammes of methamphetamine”

“The suspect is one of the major suppliers of illicit drugs in Abia State especially in the Isialangwa communities. The State governor has been notified and his building has been marked for demolition.”

Babafemi disclosed that in a similar development, the Taraba state Command of the Agency has arrested 61-year-old Lawan Gambo Umar for trafficking 58.50kg of cannabis sativa. According to the state Commander of NDLEA, Suleiman Ajadi, “the suspect was taking the skunk concealed inside sacks of beans chaff used to feed animals to Fune in Yobe state when our men intercepted him. 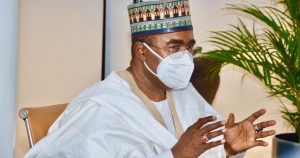 Reacting to the two developments, Chairman/Chief Executive of the NDLEA, Brig. General Mohamed Buba Marwa (Retd) commended the Abia and Taraba Commands of the agency for the seizures and arrests while urging them to sustain the current tempo of offensive action to rid the country of illicit substances. “No doubt, the volume that has been seized in these two operations is less than the kilogramme meant for our towns and communities. I therefore urge our officers and men across all the Commands all over the country to continue to smoke all the elements involved in this criminal trade out of their hiding places”, Gen. Marwa stated in his message on Wednesday

Wed Apr 21 , 2021
Share, like and Comment The Federal Executive Council, (FEC) on Wednesday avoided discussing the issue of statements ascribed to the Minister of Communication and Digital Economy, Dr. Isa Pantami even though Nigerians have been calling for his removal from his ministerial position. According to the Minister of Information and Culture, […] 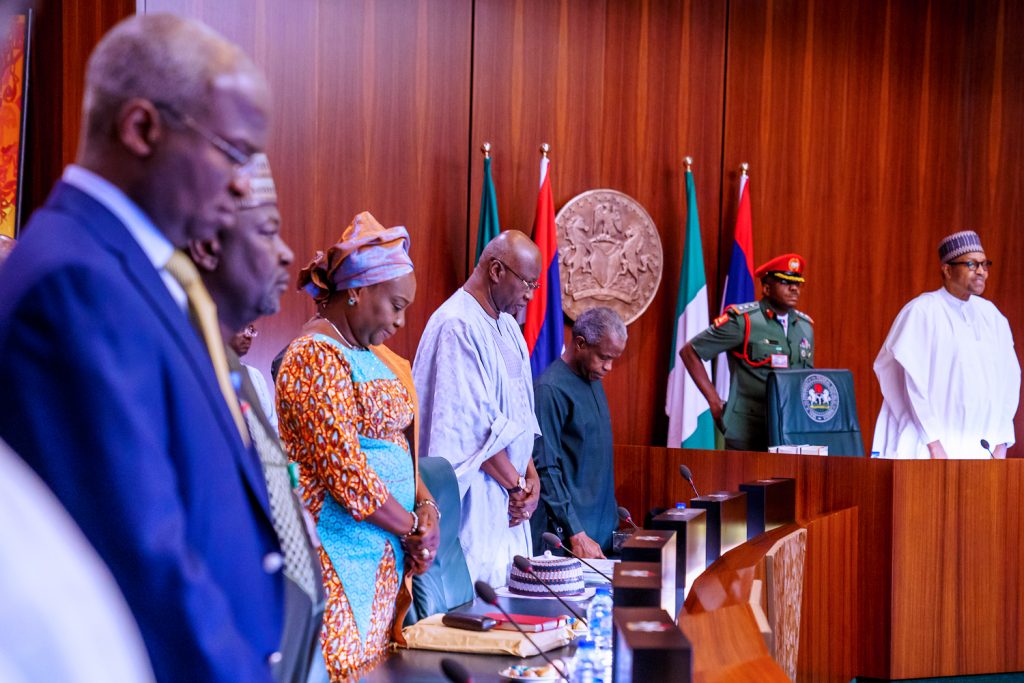