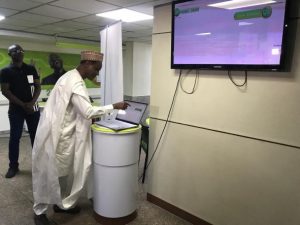 Globacom on Thursday held another draw in Abuja for yet another winner of a three-bedroom house in its ongoing Festival of Joy promotion.

The draw event, which was conducted at the company’s Gloworld shop on Aminu Kano Crescent, Abuja, was witnessed by the media, several Glo subscribers, and representatives of the National Lottery Regulatory Commission (NLRC) and the Nigerian Communications Commission (NCC).

The company disclosed that the winner, who emerged from the draw, would receive the keys to the house at an elaborate prize presentation event to be held on Friday, January 20.

The Festival of Joy promo, which started in November 2022, has so far produced several winners of houses, brand-new cars and other prizes in cities across the country, including Lagos, Port Harcourt, Enugu, Ibadan, Ijebu Ode, Warri, Benin, Jos and Abuja.

More winners are expected to emerge in the days ahead, the company disclosed, adding that subscribers who wish to participate in the promo should dial *611# and keep recharging (voice and data during the promo period) to be eligible to win the prizes.

Fri Jan 20 , 2023
Share, like and Comment   First Bank of Nigeria Limited, Nigeria’s premier and leading financial inclusion services provider, has announced the 2023 edition of its Nigeria Economic Outlook event. The virtual event themed “Nigeria Economic Outlook 2023: A look ahead” is scheduled by 8:30 am on Friday, 20 January 2023, […]