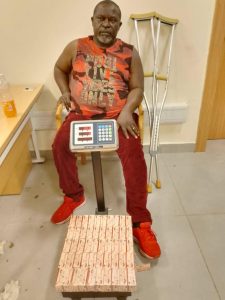 As NDLEA busts another crystal meth network in Agbara, recovers over a 1.2million Tramadol tabs in Gombe, others

A 53-year-old physically challenged man, Ehiarimwiam Osaromo Emmanuel, has been arrested by operatives of the National Drug Law Enforcement Agency, NDLEA, at the departure hall of the Murtala Muhammed International Airport, Ikeja Lagos for drug trafficking.

Ehiarimwiam was arrested on Sunday 28th August on his way to Italy, via Doha on a Qatar Airways flight. An indigene of Orhionmwon Local Government Area of Edo State, he was found to have concealed five thousand (5,000) tablets of Tramadol 225mg in his luggage.

Preliminary investigation reveals that the suspect is a frequent traveller who often travels with lots of bags containing mainly food items, body creams, hair attachments and drinks. The suspect was said to have presented his usual large consignment to NDLEA operatives for search but held on to some packages, which were retrieved from him and properly searched during which the drugs were discovered.

As part of ongoing efforts to demobilise and dismantle all organised criminal groups behind the production and distribution of crystal methamphetamine across the country, NDLEA operatives on Monday 29th August raided a suspected clandestine laboratory at Opic estate, Agbara, Lagos. Clues from the property led operatives to another in the vicinity where one Peter James was apprehended with some quantity of the substance. A follow-up operation within the estate also led to the arrest of a meth dealer, Mathew Bobby Imonitie, who was caught with 4.033kilograms of the illicit substance.

A raid at a rented apartment in Raji Rasaki First estate in Festac town, Lagos on Saturday 27th August led to the seizure of 412,780 tablets of Tramadol and the arrest of one of the suspects involved, Kingsley Duru.

In the same vein, troops of the 81 Division of the Nigerian Army have handed over to the Lagos Command of NDLEA Seven Hundred and Ninety Two (792) blocks of cannabis sativa smuggled from the Volta region of Ghana into Ogun State but intercepted at a checkpoint along the Ilaro-Benin Republic border. 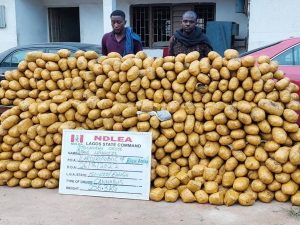 In Niger state, NDLEA operatives on Thursday 1st September intercepted a truck conveying animal feeds from Lagos to Kaduna with four hundred and forty-nine (449) compressed blocks and one hundred and eleven (111) bags of cannabis sativa weighing 1,531kg belonging to a dealer in Zaria. The drug consignment was said to have been loaded into the truck in Akure, Ondo state. The truck driver, Yahaya Sani, his assistant Samaila Rabiu, his motor boy Bilal Ibrahim, a representative of the cannabis owner, Awolu Isyaku and a passenger Mustapha Abdulrahman were all arrested.

In Sokoto, operatives on Saturday 3rd Sept intercepted a commercial bus from which two five CD loader players were recovered along Sokoto-Bodinga road. Upon search, 5.5kgs of cannabis were discovered inside the CD players and the owner, Nasiru Ibrahim arrested while on another bus, a suspected bandit Sani Ibrahim, 37 was arrested with some ammunition and cannabis sativa along Kware road.

An Abuja businesswoman, Onyinye Nwoke, 38, has been arrested following an intelligence-led raid at her residence, House 56 Aldenco Estate, Galadimawa where operatives uprooted fresh stems of cannabis plants grown in the backyard of the house. The uprooted plants weighed 18.4kgs while 800grams of cannabis seeds were also recovered from the house.

Chairman/Chief Executive of NDLEA, Brig. Gen. Mohamed Buba Marwa (Retd) commended the officers and men of the MMIA, Lagos, Niger, Sokoto, Ondo, FCT and Gombe Commands for the arrests and seizures. He charged them and their compatriots across the country to intensify the heat on drug cartels in Nigeria while balancing their efforts on supply reduction with drug demand reduction activities.

Sun Sep 4 , 2022
Share, like and CommentThe Management of the National Information Technology Development Agency (NITDA) annual Retreat held in Lagos has resolved to consistently focus on prioritizing the needs of their stakeholders in formulating policies, programs, and regulatory instruments that will further boast developmental regulation role for a sustainable Digital Economy, following […] 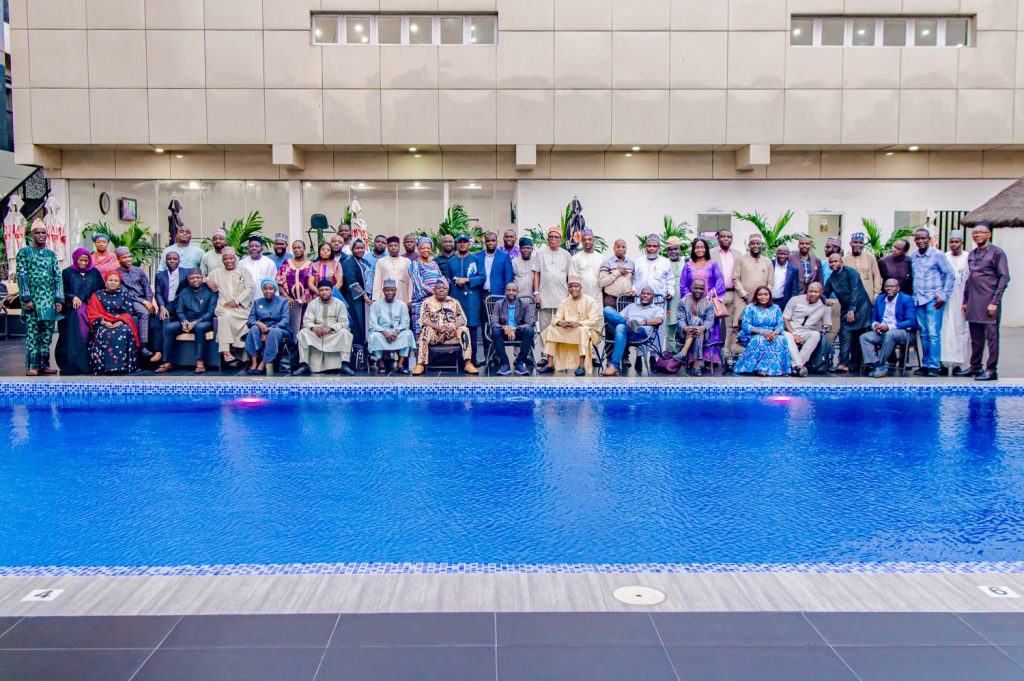