The Minister of Communications and Digital Economy, Professor Isa Ali Ibrahim Pantami, at the weekend in Gombe, said Nigeria’s march towards attaining 95 per cent digital literacy in 2030 as contained in the National Digital Economy Policy and Strategy (2020 – 2030), now looks more promising than ever.

Professor Pantami who presided over the graduation of participants at a two-week Digital Job Creation Training for the North-East in Gombe, which was facilitated by the Nigerian Communications Commission, NCC, said “the reason we train citizens is that digital skills are no longer considered a luxury, but necessities required in any business you do. “If you want to be successful, you need to have digital skills’’, he asserted.

According to the Minister, “ICT is not just an independent sector but the key enabler of all other sectors today. It enables opportunities in education, in health, in agriculture, in security, in defence, in manufacturing, in trade, in investment and in the industry”, he stressed.

He, therefore, urged the participants to adopt innovation-driven enterprises and to utilize the training they have received to improve their economic status and make Nigeria a better place.

“We have to utilise ICT in order to make our country a better place. We must use ICT even for our personal economic benefits among others. Therefore, we want to encourage you not to waste your time online but rather to use the knowledge you have acquired to make Nigeria a better place and at the same time,  derive many economic benefits from it,” he said.

The Minister highlighted that recent reports of the National Bureau of Statistics, NBS, about the performance of each sector of the economy, which indicated an unprecedented ICT contribution of 18.44% to the economy, as very heart-warming about the prospects of the industry meeting with the expectations of the relevant policies.

“So, by implications, we set a record last year and we surpassed that record this second quarter of 2022 without involving the digital services. Only the ICT sector contributed 18.44 per cent, which can be attributed to the policies which we have introduced in the sector”, he said.

He said the training which has taken place in nine other states, including the Federal Capital Territory (FCT), will be conducted throughout the remaining geopolitical zones.

The Digital Job Creation Training is a two (2) weeks program targeted at youth desirous of developing and enhancing their ICT skills in order to promote and improve growth in the yet untapped and commercially viable digital economy both locally and globally. Each participant at the training received starter packs comprising a laptop with accessories, a MiFi Modem with three months of data subscriptions, and some money.

No One Is Exempted From Paying Waste Bills - LAWMA MD

Tue Aug 30 , 2022
Share, like and CommentThe Managing Director/CEO of Lagos Waste Management Authority (LAWMA), Mr Ibrahim Odumboni, has called on residents in the state to support efforts of the Authority to rid the environment of filth, by paying their waste bills promptly. He said payment for waste services was very crucial to […] 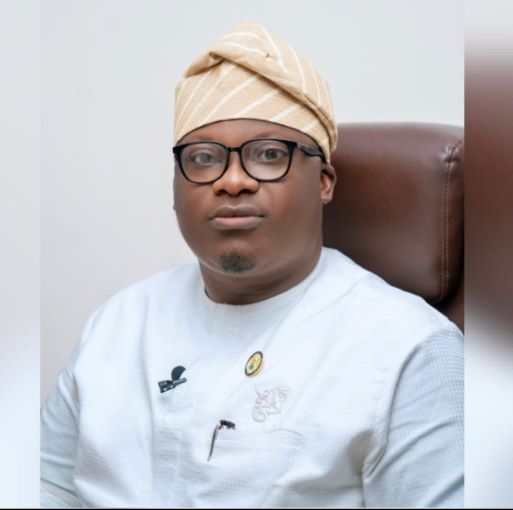