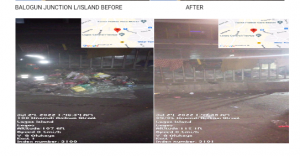 The operations, which take place between 10 p.m. and 4 a.m., are personally coordinated by the Authority’s Managing Director/CEO, Mr. Ibrahim Odumboni, and have seen the clearance of waste indiscriminately dumped at some unauthorised locations as a result of diesel scarcity and its exorbitant price, which has negatively impacted the waste evacuation efforts of the PSP operators and the agency.

Some of the areas already covered by the intensive operations include Mushin; Oshodi; Ejigbo; Lagos Mainland; Apapa axis; Surulere; Lagos Island; Ikoyi; Lekki axis; Victoria Island; and Ajah, among others.

Recall that the LAWMA helmsman, a few days ago, promised that the agency would use the opportunity of cessation of rainfall and appreciable progress on landfills’ rehabilitation, to cart away the backlog of waste.

Commenting on the progress made so far, Odumboni said: “Remember I said during the week, that we will capitalise on the cessation of rainfall and progress made on the rehabilitation of our landfills, to clear the heaps of waste.

“The strategy has paid off as we have successfully cleared waste in most areas of our Lagos Central 1 and 2, as well as East 1 and 2 districts. We are happy at the pace of progress, and the operations will continue, until all parts of Lagos are covered”, he stressed.

Odumboni further appealed for support from residents to stem the tide of improper waste disposal, by bagging and containerizing their waste, as well as patronising assigned PSP operators, adding that those caught in the act of reckless waste disposal would be made to face the law.

“We are appealing for cooperation from all residents to restore sanity back to our environment. Bagging and containerisation of waste, while waiting for evacuation by assigned PSP operators, remains an effective means of curbing indiscriminate waste disposal. Anyone caught dumping indiscriminately would be sanctioned accordingly”, he said.

He enjoined residents with complaints and enquiries on waste management-related issues in their areas, to please call LAWMA toll-free lines- 07080601020 and 617 for prompt intervention.

Sun Jul 24 , 2022
Share, like and CommentSeizes tons of opioids, rubber solution, skunk, meth in Kaduna, FCT, Sokoto, Anambra At least two women and six men have been arrested by NDLEA operatives for attempting to import hundreds of cocaine pellets into Nigeria and export thousands of Tramadol 255mg tablets, among other illicit drugs, […] 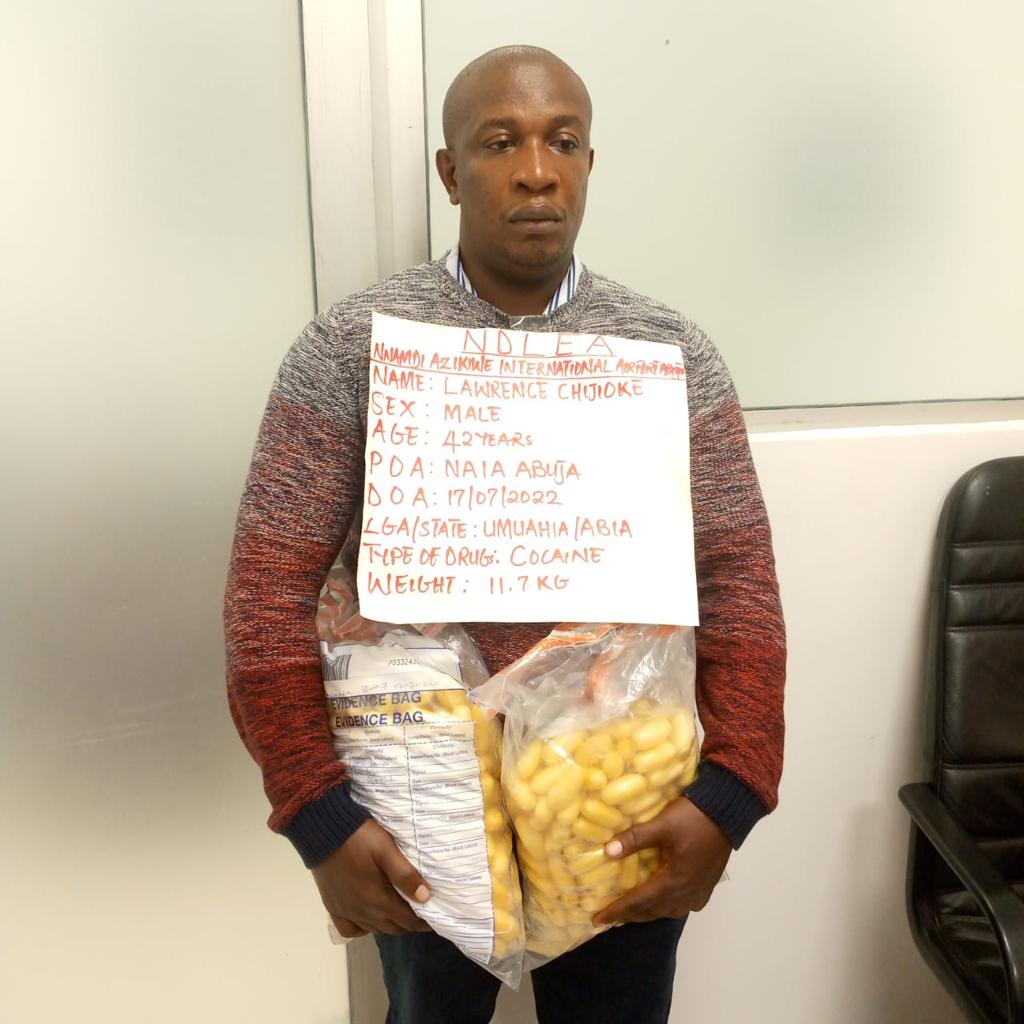