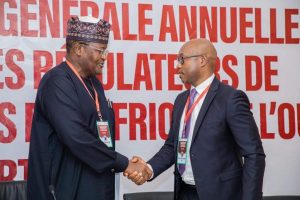 Nigeria has passed over the mantle of leadership of the West Africa Telecommunications Regulators Assembly (WATRA) to the Republic of Guinea after successfully piloting the activities of the Assembly as Chairman for the past year.

Prof. Umar Danbatta, the Executive Vice Chairman (EVC) of the Nigerian Communications Commission (NCC), who served Nigeria’s tenure as the Chief Executive Officer of Nigeria’s national telecommunications regulatory authority, handed over to the newly elected Chairman of the Assembly, Sekou Oumar Barry, of the Republic of Guinea.

The handover ceremony was one of the major highlights of the recently-concluded 19th Annual General Meeting (AGM) of WATRA which took place in Conakry, Republic of Guinea. The AGM equally approved WATRA’s new Strategic Management Plan (SMP) 2022-2024.

Barry, the new chairman, who will preside over the affairs of the Executive Council of WATRA for the next one year, is the Director-General of the Telecommunication and Posts Regulatory Authority (ARPT) of the Republic of Guinea. The Assembly also elected the representatives of Mali and Sierra-Leone as 1st and 2nd Vice Chairmen respectively. 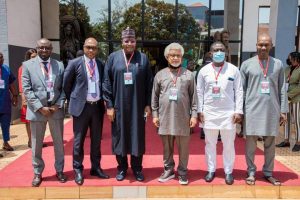 In his address at the event, Danbatta acknowledged the important role WATRA has been playing in creating policy, legal and regulatory frameworks for Information and Communication Technology (ICT) in the sub-region since the mid-1990s and commended the synergy among member states, which he noted has continued to provide an economic defense for member countries against global shocks, especially in the context of the COVID-19 pandemic.

In Nigeria, Danbatta said ICT currently contributes 17 per cent of the country’s Gross Domestic Product (GDP) with an ambitious target of 20 per cent contribution over the next three years, stating that if one big regional market in which ICT policies and regulations are aligned is created, WATRA members can drive ICT investment and growth faster in their respective countries and collectively in the sub-region.

Danbatta recalled that he had worked closely with the Executive Secretary of WATRA, Aliu Aboki, and his team in the last 12 months to achieve a lot in the re-organisation of WATRA’s internal governance and processes to make them more efficient and transparent. The EVC, thus, thanked the Executive Secretary and his team for the energy with which they had pursued the re-positioning task just as he commended the Executive Committee for the clarity of purpose with which they have spelt out these priorities.

Danbatta said some of his achievements as WATRA Chairman, include the delivery of a draft four-year strategic plan in line with the 18th AGM resolution, partial payment of long-outstanding membership dues by some member states after long periods of inactivity, deployment of the new WATRA automated Asset Management System, successful organization of various high-quality capacity building programs for members, optimization of WATRA accounting, finance, and budgeting process, as well as the institution of procedures for improved accountability, marked by the weekly financial dashboard.

The achievements recorded under Danbatta’s one-year chairmanship also include the deployment of an automatic external phone answer and routing system, completion of front-end and back-end development of the redesigned WATRA website, a joint development by WATRA, the Coordination Team, and the Economic Community of West African States (ECOWAS) Commission of a new organizational framework for roaming regulation implementation, reactivation of Niger participation in ECOWAS roaming regulation implementation through WATRA-ECOWAS Commission collaboration.

Other achievements of WATRA under Danbatta’s leadership include the re-translation of the WATRA constitution drafted and under review by Executive Committee, renewed engagements with ECOWAS on World Radiocommunications Conference (WRC) 2023 collaboration, joint conduct of the 2nd WRC2023 prep meeting, successful organisation of the 2-day technical physical meeting in Abuja on fraud and roaming tariffs for ECOWAS regional roaming in collaboration with ECOWAS Commission, kick-off of Digital Transformation of WATRA Operations and WATRA Operating Model review service being part of a $300,000 grant from the Nigerian government through NCC, Nigeria.

While congratulating Barry, as the new WATRA Chairman, Danbatta expressed the conviction that the new leadership will build on the modest achievements of the last one year. “When members see the unique role that WATRA plays in easing the task of national regulators to adopt or fine-tune regulations through mutual learning and capacity building, they see more reason to engage and be active within WATRA. So, if we build on the modest achievements of the Assembly, the benefits will be with the region for decades,” he said.

He also stated that both at home or in the diaspora, West Africa has the talent to study the most efficient ICT regulations in the world and adapt them for the region’s purposes so that it can attract greater investment into the region and transform the economy of member states. “What we have to do is to continue the work of building WATRA into a platform that seamlessly deploys these talents and capacity to the 16 member states. The gains to us are enormous,” Danbatta stated with patent conviction.

The EVC further assured his colleagues in WATRA of his commitment to supporting the new leadership in all ways possible. “As I hand over to the incoming Chairman, please be assured of my continued support and that of the Nigerian Communications Commission and, indeed, the Government of the Federal Republic of Nigeria to WATRA,” Danbatta said.

In his acceptance speech, Barry, who thanked Danbatta for making giant strides in the last 12 months, promised to work with the Executive Committee team and the Management Team to consolidate the achievements of the Assembly, and to ensure greater success of the Assembly for the future.

Wed Apr 6 , 2022
Share, like and CommentAccording to the Nigerian Data Protection Regulations (NDPR) Performance Report 2021, 8000 jobs have been created through the NDPR initiative which has necessitated the need for the establishment of the Nigerian Data Protection Bureau (NDPB), a full-fledged parastatal saddled with the responsibility of regulating and protecting data […] 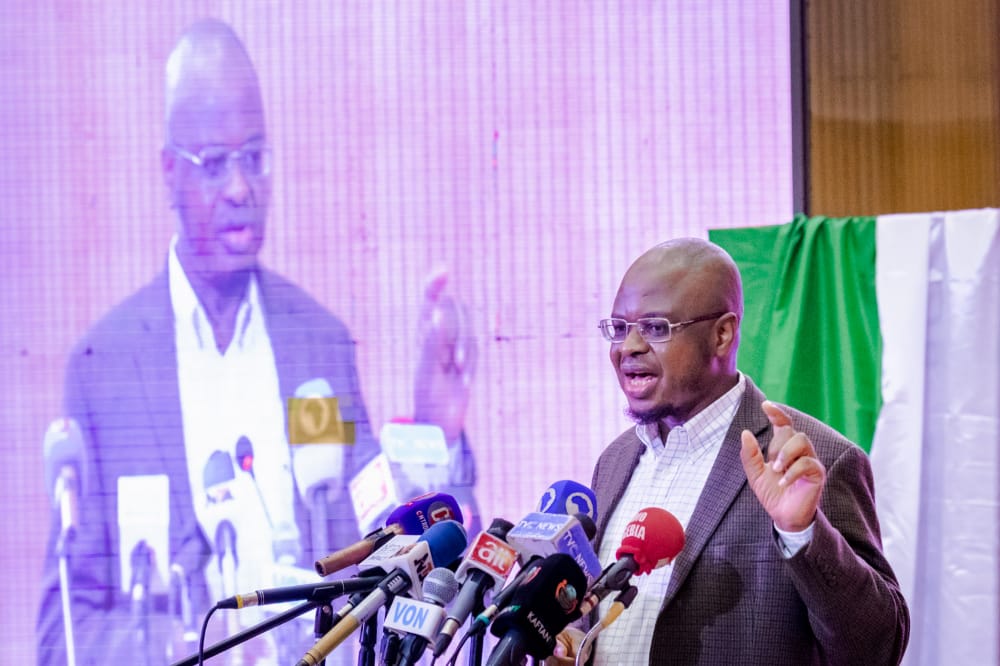