The death of the Registrar/Chief Executive Officer of the National Examination Council (NECO) Prof. Godswill Obioma reportedly in the hands of unknown assassins on Monday night has been debunked as erroneous as he was said to have died peacefully in his sleep during a brief illness.

In the early hours of Tuesday, the story of his death in the hands of assassins had gone viral in social media with a good number of the platforms quoting his wife,Mrs. Elizabeth Obioma as having told newsmen on phone that the man was killed by unknown assailants who broke into their Minna residence.

Some of the online media said “unknown gunmen on Monday night stormed the residence of NECO Registrar, Prof. Godswill Obioma strangling him in what his wife suspected to be assassination.”

“Wife of the Registrar, Mrs. Elizabeth Obioma told newsmen in a telephone conversation on Tuesday morning that the assassins came in and killed him and left without taking anything.” She said the husband had returned to Minna from a trip to Abuja.

However, few hours after the assassination story began to trend, the management of NECO came up with another  story claiming that the Registrar died peacefully in his sleep. The Director, Human Resources of the examination body Abdul Mustapha quoting a letter from the Registrar’s second; Prince Godswill Obioma said the Professor died in his sleep as a result of heart failure. The letter from Obioma’s son to Mustapha reads:

“Dear sir, this is to formally inform you that my father Prof. Godswill Obioma, the Registrar/CEO of NECO passed to eternal glory yesterday 31st May, 2021 after a brief illness.  We request that you kindly notify the Board, Management and the entire staff of the Council of this development.  We shall keep you duly informed.”

With these two versions, the reading public seems confused as to what to believe. Could it be possible that something is fishy? Why would the Registrar’s wife come to town with the assassination theory if truly she spoke with newsmen as reported? Could it be that she did not speak with any journalists and the assassination theory came up as the handwork of Fifth Columnists who want to stir up national crisis at a time Nigerians have not come to terms with the brutal murder of Barr. Ahmed Gulak in Owerri, Imo State.  Some sections of the North has not seen the killing as a mere robbery attack as nothing was removed from him. Gulak hailed from the Northern part of the country while Prof. Obioma was from the Southeast.

If truly the Registrar’s wife spoke with newsmen sending across the assassination story, how come the Registrar’s second son came up with another version? Are they both not living in same house where the incident occurred? Is she not the mother of the young Obioma?

The 67-year-old Professor of Education had assumed office in May, 2020 two days after the former NECO boss Prof. Charles Uwakwe and four others were sacked by President Muhammadu Buhari over allegation of financial impropriety.

Prof. Obioma whose death now draws some controversy was equally welcomed into office with some controversy emanating from his home State of Abia where Chinedu Ogah representing Ezza South/Ikwo Federal Constituency at the House of Representatives had called on President Buhari to withdraw the NECO appointment given to Obioma.

According to the lawmaker, Obioma who prior to his NECO job had served as Resident Electoral Commissioner in Ebonyi State was engaged in corrupt practices.

The legislator had alleged that the Economic and Financial Crimes Commission ((EFCC),  the Independent Corrupt Practices and Other Related Offences Commission (ICPC) and a presidential panel were probing Obioma for various corrupt offences. Ogah contended that appointing Obioma as NECO boss was the greatest mistake Buhari had made.

However, Obioma in his reaction at the time, denied knowledge of the allegations and said he did not want to join issues with anybody even as he contended that he needed clearance from his Education Minister before he could publicly react to the allegation.

Tue Jun 1 , 2021
Share, like and CommentAs the First Lady of Delta State, Dame Edith Okowa marks her 60th birthday on Tuesday June 1, 2021 the Senior Special Assistant (SSA) to the Delta State Governor on Health Monitoring, Dr. Michael Nwoko has described Mrs. Okowa as a strong pillar to governance in the […] 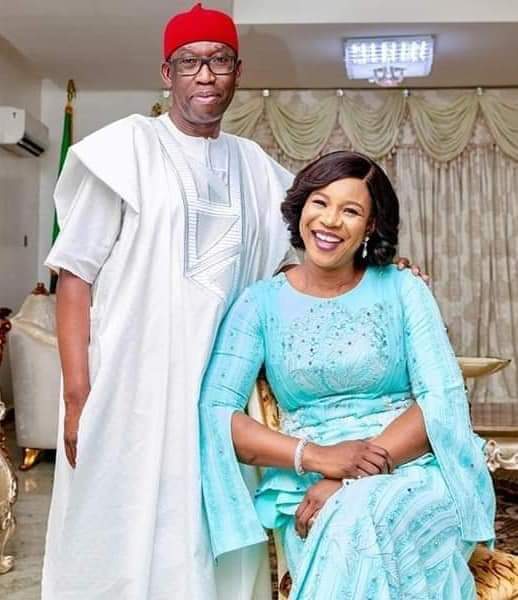