IGP Charges Team To Be Professional, Thorough And Clinical; 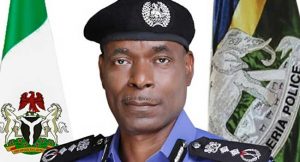 A Special Investigation Task Force set up by the Inspector-General of Police, IGP M.A. Adamu, NPM, MNI in continuation of ongoing investigation into to the reported attack and attempted murder of the Governor of Benue State, Samuel Ortom, has arrived Makurdi, the Benue State capital. 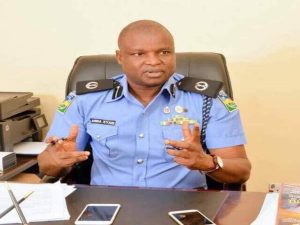 The Team, led by DCP Abba Kyari – a no-nonsense investigator – consists of operatives from the Tactical Investigation Units of the Force Intelligence Bureau (FIB) and other experienced, crack detectives with specialized competencies in crime scene investigation and reconstruction, ballistics, fingerprint analysis and other core areas of forensics.

Meanwhile, the Inspector-General of Police has charged the team to be professional, thorough and clinical in their investigations. They are expected to liaise and work with the Benue State Police Command and other relevant members of the law enforcement community to ensure that they deliver on their mandate.

The Nigerian Communications Commission (NCC), the Association of Telecommunications Companies of Nigeria (ATCON) came together to deliberate on the realization of the Nigeria National Broadband Plan 2020 to 2025. Hereby seeking government’s full support for the actualisation of the NNBP 2020/25, The event took place at the maiden edition of the ‘Virtual Structured Engagement with Key Stakeholders in the Nigerian Telecoms & IT Sector on the NNBP 2020/2025’, organised by ATCON brought together captains of industries, stakeholders in the telecoms sector including the former Executive Chairmer of the N.C.C, Dr Ernest Ndukwe,now Chairman of MTN Nigeria. The full report of the NNBP which was prepared in understandable form for the forum by the Chairman of the Broadband Implementation Steering Committee, Engr. Usman Maska showed a set target of 25 MBPS Internet speed for urban area and 10 Mbps for rural area. The plan, according to Maska also include a target 90% 4G mobile coverage by 2025 and 70 % penetration for eligible individuals by 2025 as well as 50 % by 2023, which must include the physically challenged persons. Engr. Usman Aliyu Mahmud of the New Media and Information Security Department of the NCC who presented the plan on his behalf, stated that the timeline for the plan covers 10 major areas saying that the Minsister, Dr. Isa Pantami is the head of the Governance Structure for the NNBP. Earlier in his welcome address, the Minsiter disclosed that progress has been made in realizing some of the targets set in the new Broadband Plan. “Most of the challenges are being addressed. However, there is a critical need for deliberate efforts by all stakeholders towards ensuring that the targets set in this plan are realized”, he said.

Mon Mar 29 , 2021
Share, like and Comment  The Nigerian Communications Commission (NCC)and  the Association of Telecommunications Companies of Nigeria (ATCON)have come together to deliberate on the realization of the Nigeria National Broadband Plan 2020 to 2025. Hereby seeking government’s full support for the actualisation of the NNBP 2020/25, The event took place at […]