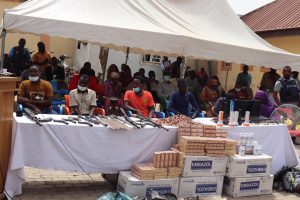 The operatives of the Nigeria Police Force have arrested fifty (50) criminal suspects who are members of various notorious criminal gangs and networks across the country. The arrests, which were carried out by operatives of the Intelligence Response Team and the Special Tactical Squad of the Force attached to the Operation Puff Adder II, are outcomes of successful follow-up on cases bordering on kidnapping, armed robbery, banditry, unlawful possession of firearms, amongst others. 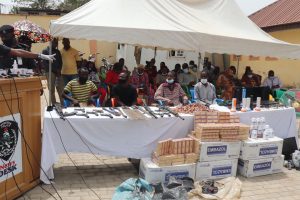 Some of the notable cases and operations that led to the arrests and recoveries include the following;

CASE 1: INTERCEPTION AND ARREST OF FOUR (4) MEMBERS OF CRIMINAL SYNDICATE WHO ARE MAJOR AMMUNITION SUPPLIERS TO BANDITS IN KADUNA STATE

Operatives of the Special Tactical Squad attached to the Operation Puff Adder II while on confidence building patrol along Kachia – Kaduna Highway on 28th February, 2021, intercepted one Danjuma Dachung, a 30yrs native of Ryom, Plateau State and one other, Markus Danladi, in Kachia, Kaduna State conveying one thousand, five hundred and sixty-five (1,565) AK47 ammunition in a Volkswagen, Golf 3 Car. Investigations by the Police team revealed that the suspects are members of a major ammunition supply syndicate that supplies ammunition from Jos to bandits in their various camps/hideouts in forests in Kaduna State. Further investigations led to the arrest of one Suleiman Tukur, 55yrs old and his son, Shuaibu Suleiman, 18yrs on 9th March, 2021 who are relatives of a notorious gang leader who was to receive the ammunition conveyed by Danjuma Dachung and Markus Danladi. Two Hundred and Thirty-One (231) AK47 live ammunition were recovered by the Police team at their residence in Karabi, Kaduna State. 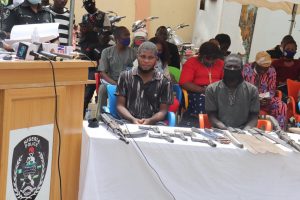 CASE 2: ARREST OF TWO (2) SUSPECTS FOR ILLEGAL POSSESSION OF PROHIBITED FIREARMS, ARMED ROBBERY AND SALE OF FIREARMS TO NOTORIOUS CRIMINALS IN THE FCT AND ENVIRONS

The Police team also arrested two suspects, Daniel Baba, 28yrs and one Andrew Gbagi, 30yrs both from Kwali Area Council of the Federal Capital Territory. The suspects were arrested at the point of brokering a gun sales deal in the Kwali area of the FCT. Investigations revealed that the suspects specialize in selling all calibre of firearms to armed robbers and kidnappers in the FCT and its environs. They also carryout armed robbery operations in Paiko, Dobbi, Kwali, Gwagwalada and Abaji communities in the FCT. Investigation is being intensified to locate their armoury, sponsors and other members of the gang now at large.

CASE 3: ARREST OF NOTORIOUS KIDNAPPERS RESPONSIBLE FOR THE RECENT KIDNAPPING OF PHARM. ALHAJI IBRAHIMAA IN JOS AND SEVERAL OTHER ARMED ROBBERIES AND KIDNAPPINGS ACROSS PLATEAU, BAUCHI AND NASARAWA STATES

Sequel to the kidnapping of Alhaji Ibrahimaa, a Pharmacist residing in Barikin Ladi, Plateau State and his subsequent release after paying a ransom, operatives of the FIB-IRT succeeded in arresting four (4) suspects including the mastermind of the kidnap operation. The suspects arrested are Abbas Adamu, 23yrs of Barikin Ladi, Plateau State, Ahmad Mohammed A.K.A Soja, 22yrs native of Magama Gumau, Ibrahim Jilde, 36yrs native of Toro LGA Bauchi and Saleh Idris, 20yrs, native of Magama Gumau in Bauchi. Investigations by the Police team revealed that the suspects were responsible for the kidnap of one DSS operative in Jos and a Professor in Mista Ali Village and several other armed robberies and kidnapping in Plateau, Bauchi and Nasarawa States. 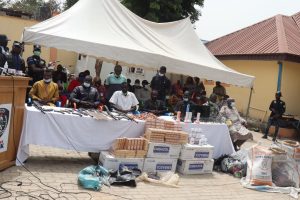 The Inspector-General of Police, IGP M.A Adamu, NPM, mni appreciates the members of the public for the continuous support to the Police and the security community in ensuring safety and security in our various communities. He assures that the Force would be relentless in taking the battle to the doorstep of criminal elements hell bent at threatening the internal security order of the country and bringing such suspects to justice.

Sun Mar 21 , 2021
Share, like and Comment Less than forty-eight hours after the Benue State Governor, Samuel Ortom was attacked by a gang of gunmen, the Inspector General of Police, (IGP) Mohammed Abubakar Adamu has ordered the immediate deployment of a team of specialised investigators from the Force Criminal Investigations Department (FCID) Abuja […] 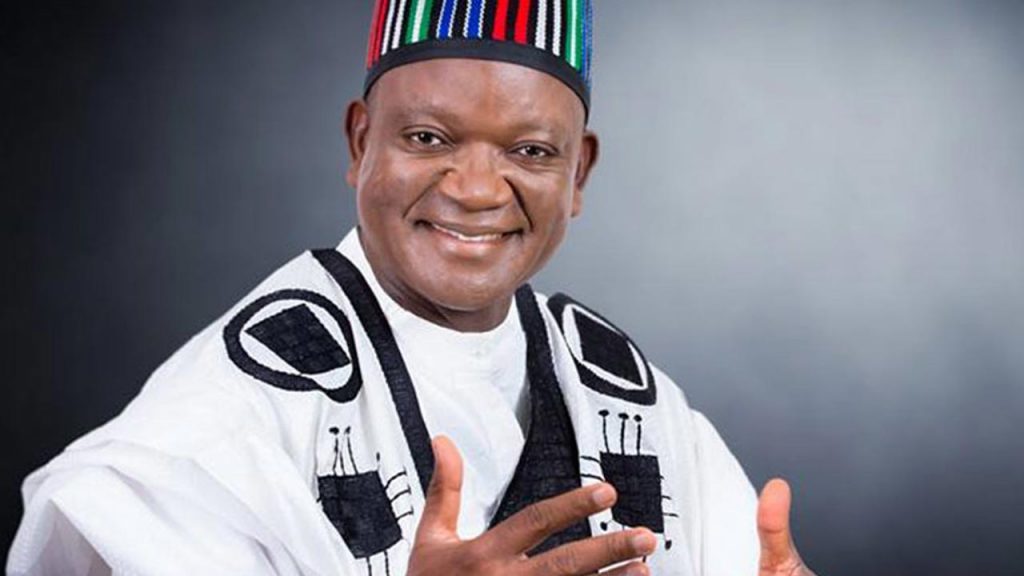