Skip to content
Share, like and Comment
The Commissioner of Police, Lagos State, Hakeem Odumosu, has assured residents of  Lagos of  improved and sustainable synergy among security agencies for better policing of the State. 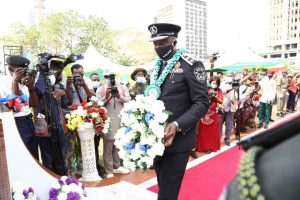 The police boss gave the assurance on Friday at the 2021 Armed Forces Remembrance Day celebration that was held at Tafawa Balewa Square, Victoria Island,  Lagos. 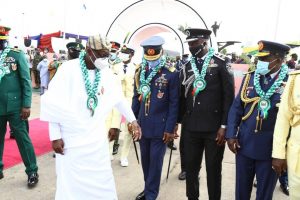 The Commissioner of Police, amongst other security chiefs in the state, assisted the Governor of Lagos State, Mr Babajide  Sanwo-Olu, in performing the remembrance rites and laying of wreath accordingly. Others in attendance were the Deputy Governor of Lagos State, Dr. Femi Hamzat, the Secretary to the State Government, Mrs Folashade Jaji, top government functionaries, the State Chairman ,Nigerian Legion, Col. S Akande (retd) and senior officers from the armed forces and the police.
The police boss, who doubles as the Chairman of the Lagos State Security Council, seized the opportunity to pay tributes to the fallen heroes and admonished the gallant officers and men on the field, defending the territorial integrity and sovereignty of our beloved country, Nigeria, to be focused and patriotic as the present security challenges in the country were not insurmountable.
The Lagos police boss also appealed to Lagosians to always pray for security operatives, be law-abiding and embrace community-based policing as a civic responsibility.

Wed Jan 20 , 2021
Share, like and Comment Following the January 19, 2021 deadline given by the federal government for the submission of subscribers’ National Identification Number (NIN) ,telecoms operators have received a total of 47.8 million NINs from subscribers, even as submission of NINs has continued, the federal government has said. The number […] 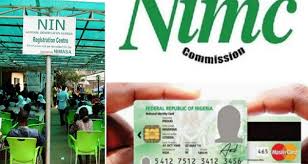