As the world grapples with the unprecedented challenges caused by the COVID-19 pandemic, young people continue to remain the most affected socio-economically. And, while everyone is feeling the impact of the coronavirus crisis in one way or another, Nigerian youth have had a particularly difficult time. 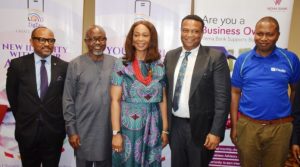 To help counter the negative effects caused by the pandemic on Nigerian youth, Factruse Limited, recently launched Zig Zag Nation,an online community platform. The launch which took place in lagos brought together the high and mighty and the delegates from across all sectors in Nigeria. 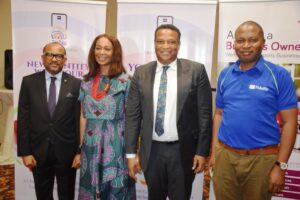 With the formal launch of Zig Zag there is a ray of hope for the jobless Nigerian youths as the innovation ensures their financial inclusion and empowerment. Speaking to a large number of invited guests among whom were bankers, communication industry players, journalists and other stakeholders at the event which took place at the Banquet Hall of Sheraton Hotels, Ikeja, the founder, Mr. Obafemi Giwa-Amu, explained that Zig Zag Nation “is a network of people that would culminate into a nation,” adding that “it is an online community platform targeted at youths and promotes social interactions and relationships.”

As a market place of active young persons, Zig Zag Nation, according to him, ensures the engagement of members in human capital enhancing activities, learning of new skills and creation of pathways to financial empowerment.

The Zig Zag Nation founder noted that “the digital age is one that fuels innovation and despite the infrastructure deficit in Nigeria, the potential for disruptions, active engagement and lasting change cannot be ruled out.”

“With the Nigerian youth accounting for over 70% of the nation’s population, it becomes necessary to arm the populace with a platform with which positive energy can be channeled to higher productivity, also to leverage communication as a means of engaging in capital enhancing activities. Eventually, these activities should yield financial freedom of economic actors,” Giwa-Amu emphasised.

Explaining further, he said that “Zig Zag Nation is a highly interactive cyberspace with a main focus on the young demographic (between 15 and 35 years), though with older persons as targets also.

The Zig Zag community would form the basis of commercial oriented persons engaging online and as well, serve as agents to others with commercial endeavor.

According to the well structured arrangement of the promoters of Zig Zag Nation, eligible persons for full membership are immediately equipped with a starter pack comprising a debit card to aid operations of an e-wallet, a call free sim card for easy communication with the Zig Zag community and a Nigerian Postal Service (NIPOST) locker for warehousing of purchased items.

With university students as the targeted audience with high returns on investment, Giwa-Amu explained that Zig Zag Nation members would have access to a robust e-commerce platform where shopping or international trade is made easy from the comfort of homes, workplaces, schools etc. “The Zig Zag community is indeed a highly interactive platform and a network of people that would culminate into a nation.”

As an idea that has the tendency to strongly advance the frontiers of businesses, Fidelity and Wema Banks, NIPOST and 9Mobile have already gone into strategic partnership with Zig Zag Nation promoters.

According to Giwa-Amu “the reason we advanced for partnerships with key companies and we are working closely with some government agencies for proper identity management, is to ensure that active members benefit from a reward system of a scaling order.”

In addition, “the ultimate satisfaction is Zig Zag Nation building a solution-driven community that pioneers revolutionary reforms in key sectors of the economy.”

In his address at the event, Chairman, Board of Trustees, Factruse Limited, (promoters of Zig Zag Nation) Prince Adebode Adedoyin who was represented by Mr. Segun Olutoye congratulated Mr. Femi Giwa-Amu and his wife Elenda for their vision in founding the Zig Zag Nation, explaining that the world has changed significantly and catching most people unaware like the Covid-19 pandemic which has almost paralyzed the entire world.

Buttressing the change in the global arena, the Chairman recalled how he registered for the purchase of certain items online during the lockdown and how such items were seamlessly delivered to his residence without him physically going to the shop.

He emphasised that in contemporary times, any business that is not technology-driven no matter how small, would not go far. He contended that though the Zig Zag Nation has some economic undertone, yet it is driven more by the initiative on new ways of doing things easier just as he believed that the financial inclusiveness in the project would make life easier.

The Acting Chief Digital Officer of Fidelity Bank; a partner in the online community initiative, Mr. Richard Madiebo speaking at the event, said his bank started a relationship with NIPOST three years ago but it never took off until Mr. Giwa-Amu came with the Zig Zag Nation idea which has financial inclusion as a component.

“Apart from financial inclusion, we are also looking at the assets and potentials of NIPOST in the new normal by playing the role of custodians of items coming from various parts of the world. Zig Zag Nation is a nation that would have a lot of citizens very soon,” he posited.

A representative of Wema Bank, another partner in the project; Mr. Dotun said when he met the Zig Zag Nation founder a few weeks ago, there was a convergence of ideas on how to create a new generation of citizens who are empowered.

On behalf of Wema Bank, he promised his management’s readiness to collaborate and assist in the Zig Zag Nation initiative particularly because of students in tertiary institutions. Also, he pledged his bank’s readiness to collaborate with NIPOST which has no fewer than a thousand outlets in the various states of the federation with some of the outlets located on university campuses.

The parent company of Zig Zag Nation, which is Factruse Limited has a seven member Board of Trustees which include Prince Adebode Adedoyin as Chairman, Mallam Abdul Raman, Eze(Dr) Iyeme Efem, Mrs. Elenda Giwa-Amu, Chief Chuddy Oduenyi as members, Mr. Femi Giwa-Amu as Founder and Mr. Awa A. Awa as Secretary

Among those who graced the well attended launch of Zig Zag Nation were Prince Niyi Akenzua, Mr. Yomi Dada, Pastor Lawrence Abata, Mr. Obinna Ebunom of Fidelity Bank and others.

Sat Dec 12 , 2020
Share, like and CommentITREALMS Media, the international multiple-award-winning online publication, is set to host its 2020 Electronic Waste (e-Waste) dialogue in Lagos on Thursday, December 17 at Welcome Centre Hotels, along international airport road, Lagos. The theme of this year’s event is ‘e-Waste in Nigeria: Challenges and Opportunities.’ Editor-in-chief of ITREALMS […] 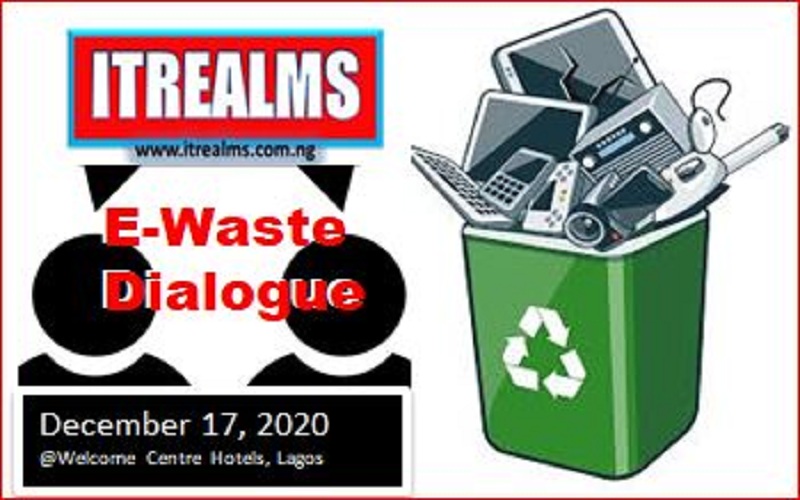