The National Association of State Assembly Legislators (NASAL) has honoured Prof. Umar Garba Danbatta, executive vice chairman (EVC) and chief executive of the Nigerian Communications Commission (NCC), with a National Service Excellence Award for his transformational leadership in deepening access to telecommunications services across state constituencies of Nigeria in the last five years. 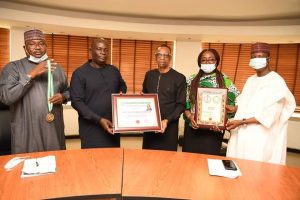 The Award is coming few months after the President renewed Danbatta’s mandate as the country’s chief telecoms regulator for another term of five years.

Uchechukwu Chukwuma, director general of NASAL who led a five-member delegation to the Commission to present the award in Abuja recently, said “the award from NASAL not only underscores the remarkable leadership role by Danbatta in deepening the development and growth of the telecoms sector at the grassroots but also demonstrates the pivotal role of the EVC as a change agent, a catalyst for national development and a great Nigerian patriot.”

He said in the last five years, NASAL, as the body of state lawmakers in the country, has consistently monitored the activities of the Danbatta-led NCC and observed notable improvements in telecoms services across state constituencies in Nigeria. 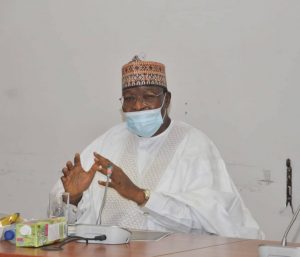 “Danbatta’s efforts have manifested in enhanced access to the Internet by our people, which has given them the opportunity to participate and ventilate their views constructively.

“As you know, citizens’ participation in political activities is one of the attributes of an ideal democracy and Prof. Danbatta has helped to promote this ideal,” Chukwuma said.

The NASAL’s award to Danbatta is justified by the statistics from the Commission which showed that when Danbatta came on board five years ago, 217 access gap clusters were identified in the country, with 40 million Nigerians excluded from access to telecoms services. Five years after, however, the access gaps have reduced to 114 clusters with additional 15 million Nigerians now connected.

While receiving the award on behalf of the EVC, Dr. Ikechukwu Adinde, director, Public Affairs, NCC, who appreciated NASAL for the recognition, said the award was both an encouragement and a challenge to the EVC and his team to do more.

“It is heartwarming that NASAL has found our EVC and CEO deserving of this award.

“The award is an acknowledgement that his accomplishments have not gone unnoticed.

“We at the NCC, value this gesture, which writes the history of Professor Danbatta’s achievements in a very distinctive and enduring way,” Adinde said.

Adinde amplified the justifications adduced by NASAL for recognising Danbatta, by citing various indicators that measure the performance of the telecom sector, which clearly show that the sector has been growing over the years and more impressively, in the last five years of Danbatta’s leadership.

“From the recent industry statistics and other relevant macro indicators, the telecoms sector, under Danbatta, has recorded positive growth in terms of active voice subscriptions, internet subscriptions, teledensity, broadband penetration and contribution to the Gross Domestic Product (GDP),” he said.

While noting that the last five years of Danbatta has witnessed a number of policy initiatives that have spurred industry growth and improved service delivery, Adinde restated the EVC’s commitment to ensuring that the Commission maintains its reputation as a foremost communications regulatory organisation.

Wed Sep 16 , 2020
Share, like and CommentAccording to the 2020 Global Crypto Adoption Index compiled by blockchain data analytics firm, Nigeria ranked highly among other countries where cryptocurrency adoption was quite significant. The capital market and investment regulator on Monday said digital assets provide alternative investment opportunities for the investing public and it […] 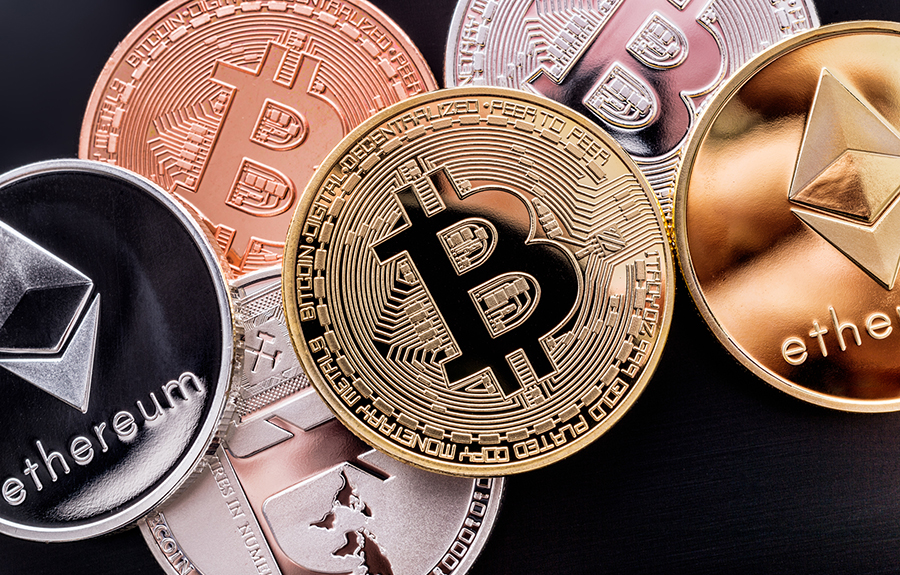