The Nigerian president’s chief of staff, Abba Kyari, has died after contracting Covid-19 as Covid-19 deaths on the continent increases.

Kyari, who was in his 70s and had underlying health problems, including diabetes, was the top official aide to  President Muhammadu Buhari and one of the most powerful men in the country.

“The Presidency regrets to announce the passage of the Chief of Staff to the President, Mallam Abba Kyari,” said presidency spokesman Garba Shehu in a tweet on Friday, using an honorific title for Kyari.

“The deceased who  had tested positive to the ravaging COVID-19, had been receiving treatment. But he died on Friday, April 17, 2020,” he said in a second post on Twitter. Spokesman Femi Adesina also confirmed the death.

Kyari acted as the gatekeeper to Buhari. He travelled to Germany in early March with a delegation of other Nigerian officials for meetings with the company, Siemens. He attended meetings with senior government officials upon his return to Nigeria.

Buhari himself has undisclosed medical ailments and spent five months in London for treatments in 2017.

The coronavirus has killed 1,000 people across Africa since the pandemic emerged late last year, and the continent has recorded nearly 17,000 infection, according to Johns Hopkins university data.

Algeria has the highest number of deaths at 364, followed by Egypt with 205, Morocco 135 and South Africa 50, according to the figures compiled on Friday.

Africa has so far suffered less than other regions from COVID-19. But limited testing in many countries has deprived African officials of a full picture of the disease’s spread.

African leaders, the IMF and the World Bank have appealed for rapid international action to help African countries respond to the pandemic that will cause the continent’s economy to shrink by 1.25% in 2020, the worst reading on record.

Sat Apr 18 , 2020
Share, like and CommentNigerians from all walks of life have continued to react to the passing of Abba Kyari; Chief of Staff to President Muhammadu Buhari. As a matter of fact, TECHLife reported that the death of the presidential aide was announced by the Presidency; in the early hours of Saturday morning. Specifically, […] 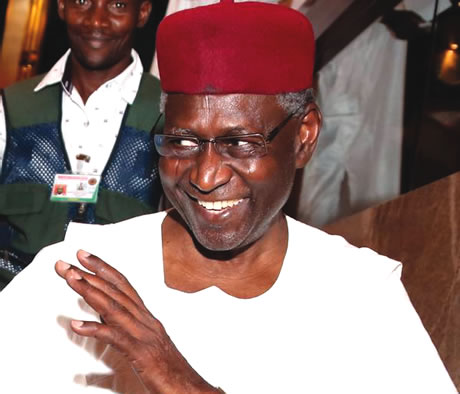